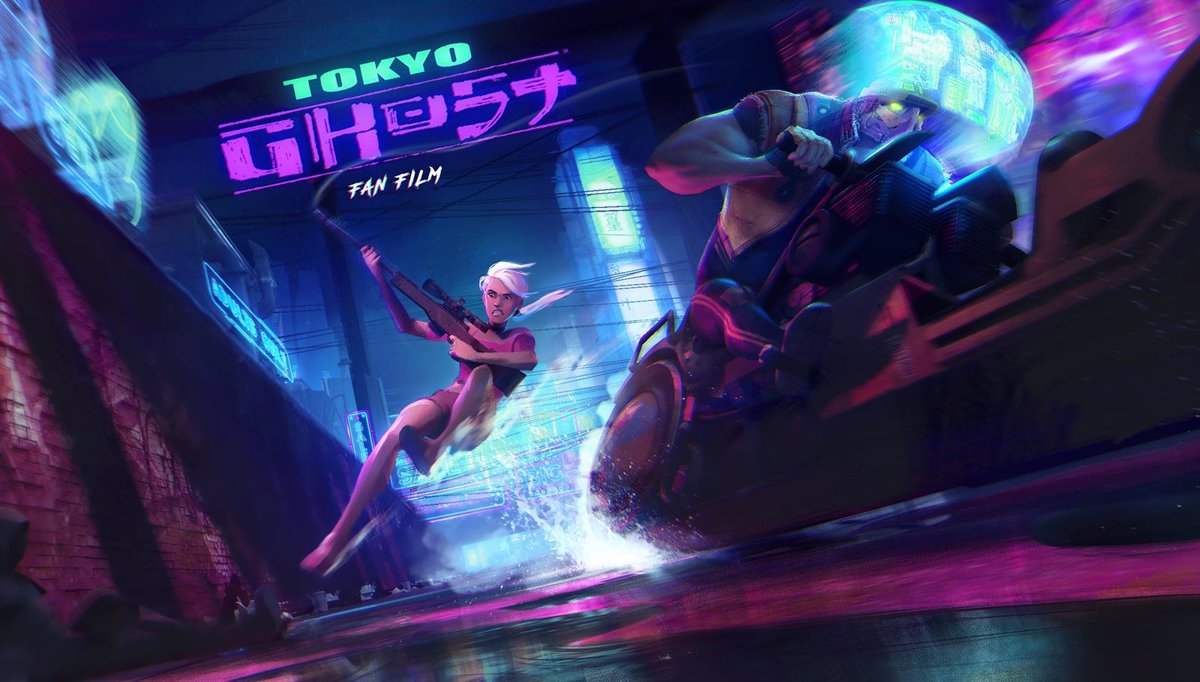 The 3D animated short film “Tokyo Ghost: Fan Film,” created by students and teachers at the center and based on the cult comic book series Tokyo Ghost, was presented by the Spanish digital art school Animum Creativity Advanced School. The film has already been chosen as a finalist for the 2022 International Rookie Awards’ “Film of the Year” category.

The work was presented at the International Conference on Animation, Visual Effects and New Digital Media Worlds, which was held from July 7 to 9 in A Corua. It was well received by industry experts and studios as well as authors Rick Remender and Sean Murphy, two of the most important figures in the current North American comic.

“It’s amazing. The work displayed has made an impression on us. We are honored that you chose to devote so much time and effort to creating a short film based on our book, “According to renowned science fiction author and “Tokyo Ghost” comic book creator Rick Remender.

AROUND 40 STUDENTS AND TEACHERS WERE PARTICIPATING

Over the course of three years, more than forty students from Animum Creativity Advanced School have worked on the project. Kids and teachers collaborated closely in order to complete this audiovisual piece, which “has meant a technical, creative, and personal challenge,” according to a statement. This collaboration was motivated by the students’ love for the original work.

According to Roger Giménez, academic director of Animum and a professional animator with more than fifteen years of experience behind him, the students “have achieved transfer the visual impact of the graphic novel to the 3D screen, combining the appeal of the story with the action and the visual richness of the short.” He emphasizes the “constant concerns of the students to put tests their knowledge, their creativity, and the preparation obtained in school.”

Sandra Rubio, who oversaw the creation of the 3D animated short, continues, “The students’ involvement in the production of this short film has been a transformative experience for them, leading them to be complete professionals, fully conscious of cooperation and predisposed to a job well done.”

In the 12th edition of the international competition known as the “Rookie Awards,” which has the backing of top companies in the field like Adobe, Autodesk, Epic Games, Unity, Unreal, Wacom or, “Tokyo Ghost: Fan Film,” “Tokyo Ghost: Fan Film” has made it to the finals in the category “Film of the Year – 3D Animation” and has been given a special mention “Excellence Award” by the jury.

In this homage to one of the key American science fiction comics, the audience is transported to a dystopian Los Angeles where technology has turned into a drug and the sheriffs rule under mob-imposed laws. The usage of color in this edition goes a step further, enhancing the original futuristic sci-fi vibe.

The fifth-best 3D animation school in the world and the first Spanish-speaking institution is Animum Creativity Advanced School, a postgraduate training center with a focus on art and digital technology. It has served as an industry benchmark for training for more than ten years in more than thirty countries. Graduates of Animum contribute to popular international movies and television shows like “The Book of Boba Fett,” “Doctor Strange: The Multiverse of Madness,” “Money Heist,” “Love, Death + Robots,” and “Spiderman: No Way Home.”