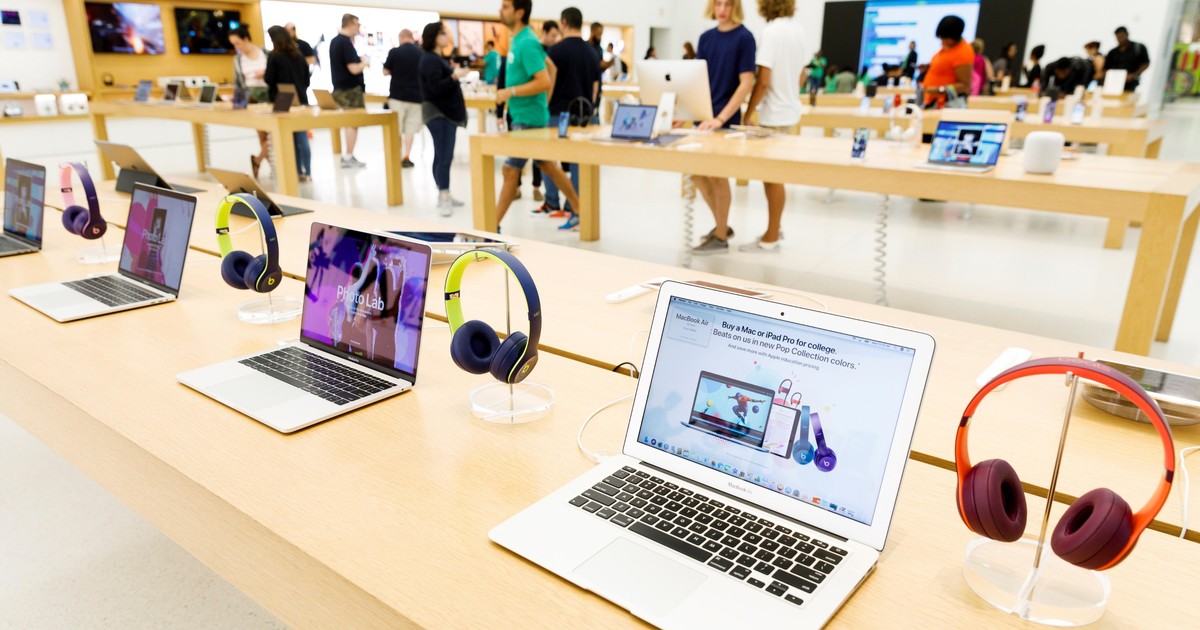 After a year in which the technological components suffered the most pronounced lack of supplies in their history, the deficit ended up having an impact on the production chain.

To understand which countries were most affected by this shortage, a study compared the prices of devices globally. In this ranking, Argentina occupies the # 1 most expensive place in the world to buy tech products.

The index analyzes and compares the prices of the most popular items in 50 countries around the world, including both physical stores and e-commerce platforms.

The ranking, produced by Grover.com, the consumer electronics rental company, serves as an indicator of which countries were most affected by the pandemic shock and which ones managed to recover more easily.

The ranking of the most expensive countries to buy technology. Grover.com

Global price volatility is reflected in those devices with the highest global demand like iPhone phones, PlayStation 5 or graphics cards since the cryptocurrency boom. In these three, the local difference is very noticeable.

“Taxes, inflation and the exchange of the local currency is usually the main ingredient for the high costs. Argentina is going through a critical moment in which these three factors put the consumer at a disadvantage compared to other countries. The most worrying thing is that there are three different problems and although one affects the other, their causes or fixes are independent, ”said a spokesperson.

On average, Argentina is the most expensive country in the index to buy electronic products, with a 67.34% total deviation above the average cost of common electronic items.

The other side is Hong Kong, where they are offered the cheapest electronic items, with an average cost 16.46% below the median, followed by the United States and Indonesia.

The price of the iPhone in Argentina

Locally, Apple products, with the iPhone sitting in the front row, they were always among the most expensive in the region and with the exchange delay, this year the difference in the table is much larger.

While the iPhone 13 is not yet available, the price of the 12, the previous model, climbs to 2,248 euros, with a deviation from the average of 162%. A curve that far exceeds any market on the planet.

The iPhone 13 has not yet reached several markets. Grover.com

What is striking is that the other nations where a high price barrier is imposed, they are also latin americans. Without going any further, in Brazil, the deviation is 60.38%, Colombia has 41.87% and Peru 37.32%. One possible explanation for this difference is in import costs.

“Importing an iPhone from Argentina has an increase between 54 and 57% of the total value. Between 2011 and 2015 the mobile phone was banned locally and if you wanted to buy it abroad and declare it at customs, they would seize it from you. The other drawback is that Apple does not have representation in the country, the offices that it once had in the 1990s went to Chile, ”says Horacio Benedicto, an expert in Foreign Trade.

Added to this is the price of the dollar and the fact that the Garbarino holding company, which together with the firm OneClick, had permission to import it, went bankrupt. These, along with iPoint, MacStation, and MaximStore, were labeled as Premium Reseller de Apple and they also took care of the technical service.

The price of the iphone in Argentina breaks world records. Grover.com

“To achieve this status, every four months you have to buy merchandise worth Apple from $ 3 million and another 3 million more in spare parts. As there is no official Premium Reseller, the current price is above the clouds ”, remarks Benedicto.

Another curiosity is the difference that exists with the Samsung Galaxy s21, its technological rival. In the country, the South Korean flagship has an extremely competitive value, with a deviation of just 37%.

The price of the PlayStation 5 in Argentina

Of all the electronic products in the study, the PlayStation 5 is the most affected by the supply shortage globally, with availability in only 12 of 50 countries in physical stores and in 18 out of 50 countries on e-commerce platforms.

The price of the PS5, a product with supply problems.

In Argentina, to get this console online, through resellers, the price, quoted in euros, reaches 1,654. In the official Sony store this value is much lower, although it is not available.

The other end of the cable is connected in Mexico, the ideal place for your purchase, since it costs three times less than in Argentina. Its price reaches 592 euros, followed by Hong Kong (€ 654) and the United States € 703.

The price of video cards in Argentina

In the case of plates, their value does not escape the average either. The mining furor took the price of these components in the country beyond what is admissible.

Graphics boards to mine bitcoins. Grover.com

The so-called mining rigs are essential to solve the calculations for obtaining the reward in the form of cryptocurrencies. But while in Norway, the deviation is 4.94%, the country sets a new world record with 166.84%.

How the price study was done

The next step was taken by researchers who recorded the price of popular electronic products in each country. In cases where a model was not available, due to shortages or supply chain problems, the deviation from the median was calculated.

“We collect data from the largest e-commerce platforms and local brick-and-mortar stores to better understand both markets,” they say.