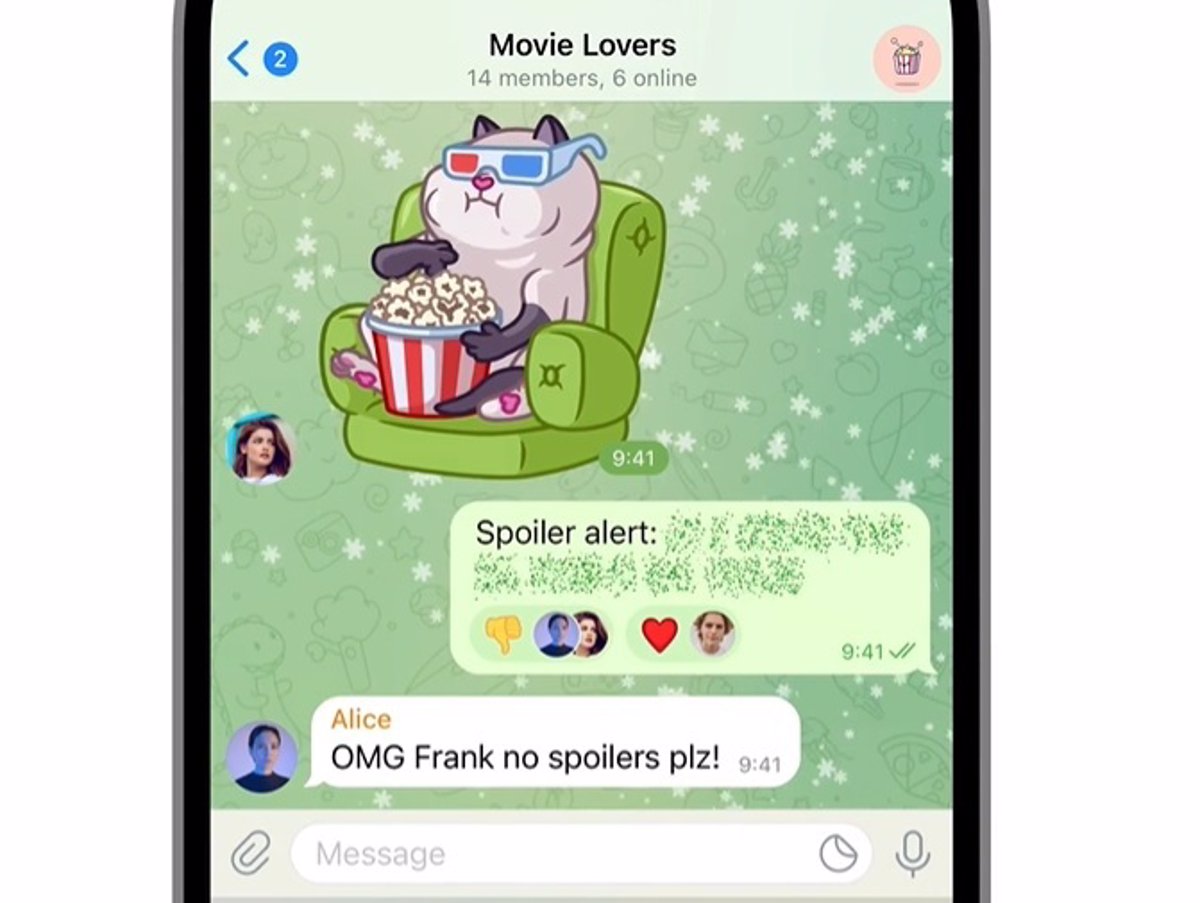 The Telegram messaging app has launched the last update of the year with new functions that allow you to hide text in messages, translate those that are in another language and select an emoji to express a reaction.

Some of interactive and animated emoji of the platform will also serve with the new update to express reactions. By selecting one, you can share “feelings and responses” without having to write a message, as explained in a statement.

The options for reacting are wide, ranging from the heart for ‘Like’ or, to the signs of approval (thumbs up) or rejection (thumbs down). Each one has its own animation.

The hidden text is the resource that Telegram has introduced to be able to write in a chat without gutting the most important details of a movie or series from the rest of the members. Is about a new format, ‘Spoiler’, with which you can select a part of the message to appear smudged. To reveal it, just touch it.

Furthermore, the ‘app’ is now capable of translate any message in another language, a tool that will help maintain conversations in chats and public groups where there are people from other countries who do not speak the same language.

This tool can be activate from language settings, where a new switch appears that, if enabled, will make a translate option appear in the options of the message that has been shared in the chat.

Telegram points out that the translation of messages is available on Android phones compatible with this messaging service, as well as on iOS devices from version 15.

The update has also introduced thematic QR codes, which can be customized with a color and pattern. They are available to users with public username, groups, channels and bots.