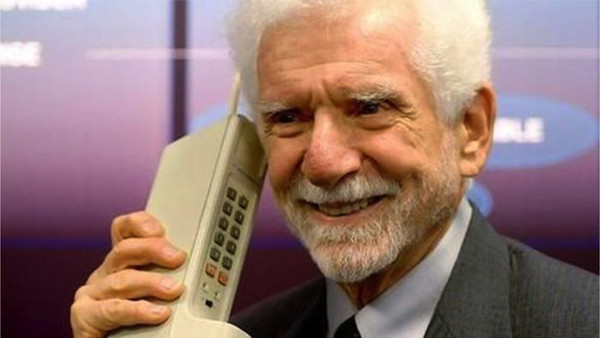 Who can imagine what the future of technology will bring us. And although in the short term it seems easy to make an adjusted prediction, the great challenge is to achieve one that spans several generations. Like the prediction made by Mark R. Sullivan about telephones, almost seventy years ago and today it was recovered from oblivion.

This visionary executive, director of Pacific Telephone & Telegraph Co, published his perspective on the telephones of the future, on April 9, 1953.

“This is my prophecy: in its final development, the telephone will be worn by the individual, perhaps just as a watch is worn today. It probably won’t require a dial or equivalent and I think users will be able to see each other, if they want, while they talk. Who knows, but maybe it could be translated from one language to another.”

The report was published by the Associated Press and several newspapers echoed Sullivan’s words. Among others, he was quoted by the Tacoma News Tribune, The Spokane Chronicle, The (Wilmington, Delaware) News Journal, The Akron Beacon Journal, and the Boston Globe.

Some media explain that Sullivan, as the president of a leading telephone company, was aware of the latest developments in this field and had access to new technologies.

As a respected voice in the business, Sullivan was regularly asked to report on telephone developments at conferences and business forums. In fact, just three years before his prediction, he was featured in The San Francisco Examiner speaking about the latest innovations in phone technology. that surprised readers by the advanced proposal.

The striking thing is that it was only in the 1960s that the first wireless telephone was invented and it took another 20 years for true mobile phones to reach the market, the bases of these products were being cooked before 1953.

In 1960 Bell Laboratories and Motorola decided to implement the idea of ​​the cell phone.

Sullivan was born in Oakland in 1896. He lived in San Francisco with his wife and daughter and worked his way to the top of his company, starting as a traffic clerk at age 16. He was also on the board of directors of the American Trust Company.

Another remembered prediction is the opinion article that Isaac Asimov published in 1964 in the New York Times. The science fiction writer claimed that communication devices would one day allow “see and hear the person you are calling on the phone.

He also anticipated that “the screen would be used not only to see the people you call, but also to study documents and photographs and read passages from books.”

In 1946, AT&T offered the first commercial mobile phone service to subscribers in St. Louis. Users were required to have around 80 pounds of equipment installed in their cars, and the service could only handle a handful of calls at a time, but it ushered in the age of mobile phones.

Video calling also dates back to at least the 1930s. While it would take decades for this technology to be refined into a commercial product, the concept of video calling wasn’t entirely far-fetched in 1953.