Obtain the highest resolution image of a galaxy with black holes 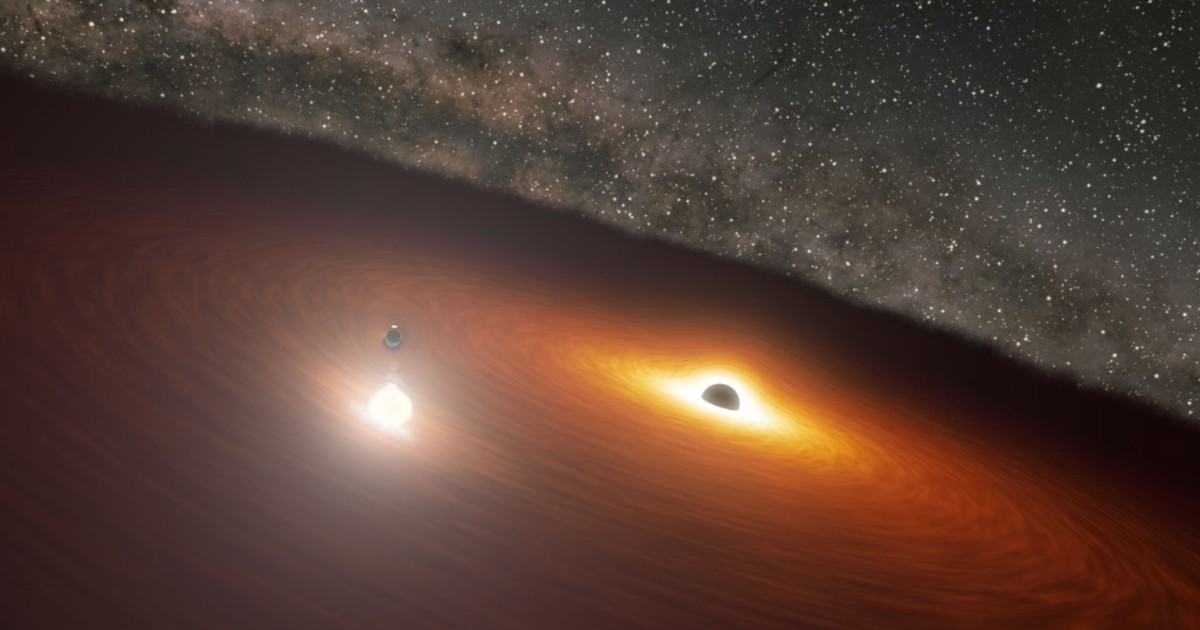 An international scientific team, headed by the Institute of Astrophysics of Andalusia (Spain), obtained the highest resolution image to date of the central regions of the galaxy OJ 287, which combines observations on the ground and in space and points to a unique black hole duo.

As reported on Wednesday by the Spanish institute, the analysis of the data revealed that this spectacular source exhibits a highly curved plasma jet that has several knots, or brighter regions, the nature of which is unknown.

The resulting image is equivalent to distinguishing, from the ground, a coin of twenty euro cents on the surface of the Moon.

The comparison of space and terrestrial observations showed that the galaxy OJ 287, which belongs to the group of “blazars” -the most powerful sources of continuous radiation in the universe-, does not host one, but two “supermassive” black holes.

“The results represent a step forward in our understanding of the morphology of the jets in the vicinity of the central engine. They also confirm the role of magnetic fields in their launch and provide indirect evidence for the existence of a binary black hole system in the heart of OJ 287,” said researcher Thalia Traianou.

The discovery was possible thanks to the technique known as “very long base interferometry” (VLBI), which allows multiple geographically separated radio telescopes to work in unison, functioning as a telescope with a diameter equal to the maximum distance that separates them.

One of the images posted on the IAA site.

In this case, the scientific team observed OJ 287 with ground-based antennas and in space, so that the participation of the ten-meter orbiting antenna Spektr-R -of the Moscow Astro Space Center and supported by the Russian Space Agency- allowed to create a radio telescope with a diameter fifteen times greater than that of the Earth.

“We have never observed the inner workings of the jet in OJ287 in such fine detail,” Traianou said.