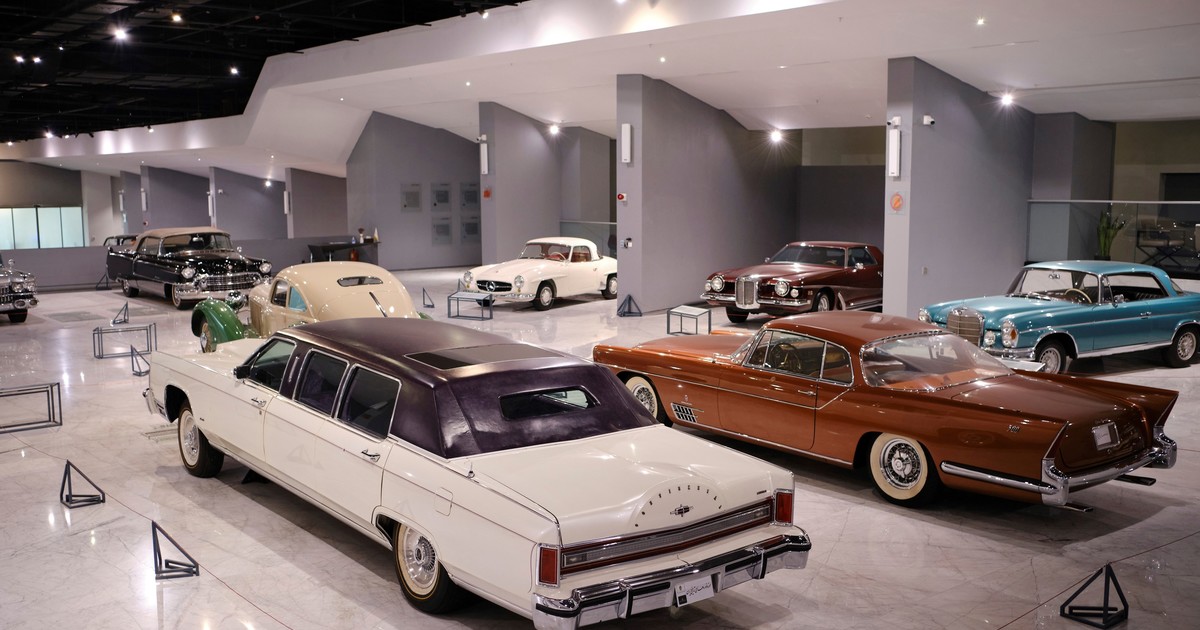 Roll Royce, Ferrari, Lamborghini, Porsche… The fabulous cars of the overthrown Iranian royal family are on display in Tehran so that “the people” can enjoy what once belonged to the mighty shah. Although, of course, just to admire them.

The 60 vehicles in the exhibition of the Historical Car Museum represent a journey through the turbulent history of the Persian country and a sample of the runaway luxury to which the sha were used, very fond of cars.

“Now these cars belong to the people of Iran,” the museum’s director, Mohamad Faal, explained to the EFE agency.

“And they are part of the history of Iran,” says Faal, who explains that the museum decided “to show the cars to the Iranian people.”

The head of the center explains that the sample has 55 cars, a carriage and four motorcycles.

The oldest vehicle is a carriage from 1854, purchased during the Qajar dynasty and manufactured in Austria.

The last actual acquisition was a Porsche 928, bought by Mohamed Reza, Iran’s last shah, who never got to drive it, as he was deposed in the 1979 Islamic Revolution that brought Ayatollah Ruhollah Khomeini to power.

Between the carriage and the Porsche, they mingle more than a century of luxury and history.

The exposed Roll Royce Silver Ghost starred in a legal fight between Mohamed Reza and the new Islamic government of Tehran, who disputed the luxurious vehicle.

The car was sent to England for repair. Immediately the Islamic revolution broke out and triumphed and the question arose: to whom should the vehicle be returned?

Finally, a London court decided that the car did not belong to the king, but to the Iranian state, so the shah ran out of the Roll Royce.

In the sample of cars that belonged to the Shah of Iran are Rolls Royce, Mercedes Benz and Ferrari. Photo: EFE

A Mercedes Benz gifted by Hitler

Another of the stars of the exhibition is a 1934 Mercedes Benz 500 K Autobahn Kurier, in cream and green, that Adolf Hitler gave to Reza Sha, the founder of the Pahlavi dynasty.

Reza was precisely deposed by the Allies during World War II because of his proximity to Germany, and his son, Mohamed Reza, came to occupy the throne in 1941.

It also highlights the MPV Tehran, acronyms that belong to Mercedes, Porsche and Volkswagen.

These manufacturers joined forces at the request of the then German Chancellor Willy Brandt to build a car for Prince Reza, son of Mohamed, to learn to drive in 1972.

The result is a striking orange one-seater racing car with two keys.

This is one of the vehicles of which there is only one unit in the world.

Another unique model is a Chrysler 300, customized with two batteries: one for a fridge and the gramophone, and one for the engine.

The Shah of Iran, Mohammad Reza Pahlavi, about to board a plane to go into exile, after the Islamic revolution of January 1979. Photo: AP

Sports cars and decorations in gold

And it is that the luxuries are not lacking in the cars of the Shah of Persia. Decor abounds and gold finishes and fabulous sports cars. All a sample of the wealth that the Iranian kings had.

If the money is yours you can buy whatever you want. But if you are king of a country, you have to think about the needs of the people, says Faal.

The Museum had been closed since 2015 due to the renovation of the building and many of the vehicles.

Another hundred cars are in storage, some of them undergoing restoration and will be shown in the future.

The museum is breaking records with 24,067 visitors in the 42 days since it reopened.

“They are very nice cars. I quite liked the exhibition, “says Zahra Hoseiní, a 68-year-old woman to EFE.

Sahhryar Jadem, a young man in his 30s, expresses his admiration for the vehicles on display and regrets that today’s cars are not like this.

And it is that in recent years the Iranian presidents opted for humble Peugeot 607 as official cars.