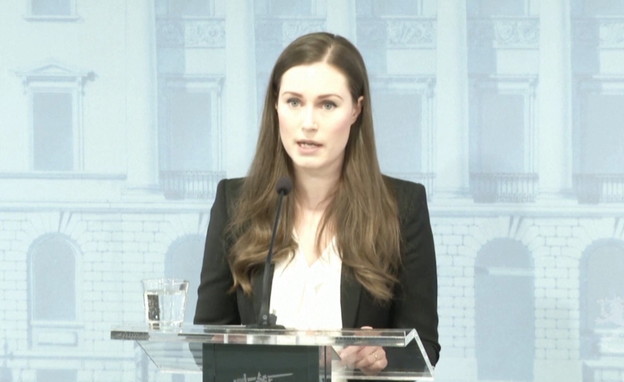 Finnish Prime Minister Sanna Marin apologized to the public after she was caught celebrating at the club after being exposed to a minister who was positive about Corona. “I made a mistake. I should have considered the situation most attentively,” the 36-year-old prime minister said. She admitted that she spent time at the club last Saturday, shortly after meeting with Foreign Minister in her government, Camke Avisto, who was diagnosed as positive for the virus.

An affair that has agitated Finland in recent days arose after photos of Marin spending time at the club were published in the country’s gossip magazine. Marin said she was at a restaurant when she received a phone call from the Secretary of State informing her of the foreign minister’s diagnosis to which she had been exposed. “He said the ministers do not have to go into isolation because everyone has been vaccinated twice,” she wrote on Facebook. She was found negative in two corona tests she has undergone since.

The young prime minister is not the only one in the Finnish government to get entangled following a meeting with the foreign minister. Economy Minister Mika Lintila was also caught in the stands during the hockey game between Finland and Latvia. Defense Minister Anti-Kaikonen was also caught going out for a gala dinner on Saturday. On the other hand, Finance Minister Anika Sariko and Science and Culture Minister Anti-Corwin canceled their participation in the event because they were exposed to Foreign Minister at the same meeting last Friday.

The Prime Minister’s Office later announced that two text messages had been sent on Saturday to all ministers exposed to the foreign minister, advising them to avoid contact with other people. Prime Minister Marin explained that she had left her official phone at home, and relied on her aides to reach her on her personal phone.