Reports: Israeli weapons alongside Iranians in the war in Ethiopia 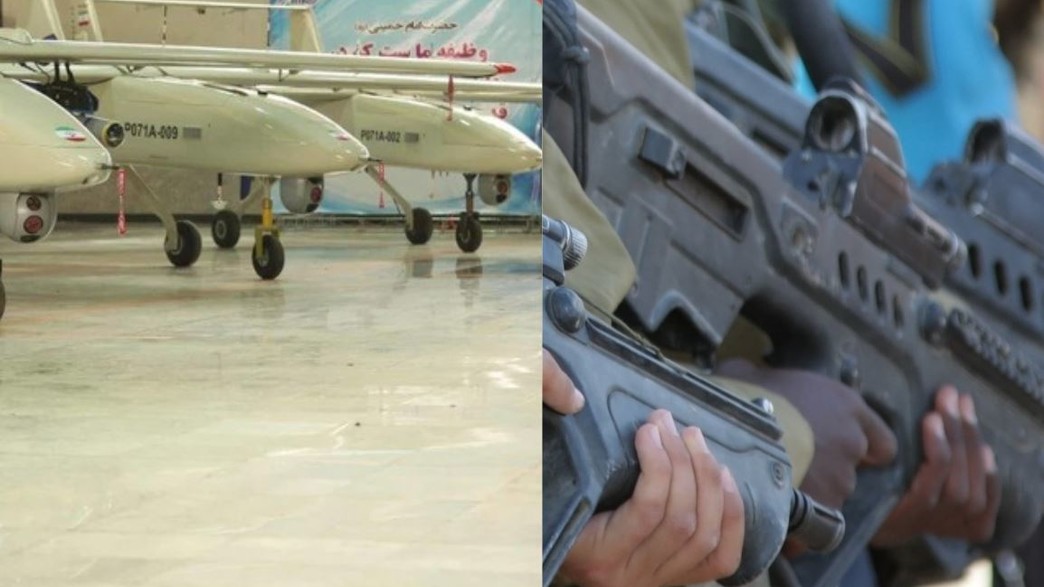 The US and France warn that the country is about to collapse, Israel is considering what to do with the Jews there but it seems to have another role, even if unofficial: one of the most important arms suppliers of the Ethiopian army. Also alongside Iranian-made planes, the question arises as to whether Israelis are also involved in the deal with Tehran, under the Western radar.

“Existential War.” This is how the Ethiopian government defines its war against the Tigray Defense Forces (TDF) which about a month ago began to advance towards the capital Addis Ababa, after having already occupied many villages and important cities in the country.

Ethiopian Prime Minister Abiy Ahmed, who won the Nobel Peace Prize in 2019, even declared his intention to stand personally “at the forefront of resistance” to separatist forces, with reports from there personally involved in conducting the fighting.

Tens of thousands of people were killed in the war between the Ethiopian army and the rebels from Tigray province. The latter ruled for a long time in the federal government, and that changed when Ahmed took office in 2018.

The United States and France warn that the country, which is considered one of the largest and most important in Africa, is about to collapse, and their transport planes have already arrived in the region to evacuate diplomats and civilians.

However, Israel seems to have another role to play in this conflict on the African continent. Although there was officially no export of Israeli weapons there other than Ruby Uzi, visible information on the net indicates that Israel is one of the important sources of supply for the Ethiopian army.

According to the same publications, assault rifles, armored vehicles and unmanned aircraft made in Israel found their way to Ethiopia. Sources we spoke to claim that in Ethiopia there were also Israelis who helped train the local army.

The volume of Israeli arms exports to the African continent is low compared to other regions, but the figure is estimated at about $ 300 million each year, with Ethiopia being one of the important destinations. This figure does not stand alone, there are quite a few Israeli exporters who sell weapons from other countries, especially Russia and Eastern Europe to African countries, so Russian tanks, some helicopters, cannons and more also came there with the help of Israelis.

One of the most prominent weapons that have arrived in Ethiopia in recent years is the Tavor rifle. Israeli weapons are particularly prominent in relation to Russian and Chinese weapons from the 1950s and 1960s that flood the country. The Tabor was purchased for the Ethiopians for their special units, the Presidential Guard and other selected units. Pictures of fighters with Israeli assault rifles show that these are versions of the Tabor, including the CTAR-21 and X-95 commando models.

The security ties between Israel and Ethiopia began many years ago, even in the days of Emperor Haile Selassie, but they were “on a small fire” in part due to Israeli support for the apartheid regime in South Africa. Later, Ethiopia maintained close ties with both Israel and the Arab countries, and in the last decade, security ties between the two countries have strengthened significantly.

It is estimated that in recent years, defense exports from Israel to Ethiopia have increased, including spy systems, optical devices and even drones. To date, there is no official publication on the subject, but in 2020, images of Aerostar systems, a tactical UAV for reconnaissance and intelligence gathering, made by Aeronautics, have emerged.

It is not clear how many such unmanned aircraft were purchased by Ethiopia and what missions they perform. At least two vessels were documented at the air base in his court. The seat of the 1st UAV Battalion of the Ethiopian Air Force.

Additional documentation from Ethiopia shows that they also purchased a “WanderB” type drone from the “Blue-Bird Air Systems” company purchased by the IAI. Leave with artillery or with the guidance of fighter jets and helicopters.

Unmanned aerial vehicles in front of an enemy that has almost no advanced air defense systems allow the Ethiopian army to obtain quality tactical intelligence. These tools allow them to locate from the air the positions of rebel groups and all that that implies. It is not clear how many systems were purchased and arrived in Ethiopia. In light of past experience, it is very likely that Israeli instructors assisted the local army in training and coaching the crews.

It is not clear when exactly the deals were signed and when was the supply of the tools but what is interesting in this area, is that the Ethiopians also purchased drones from Iran, such as the “Mohajer” widely used by Iran’s Revolutionary Guards. This is an aircraft that the Iranians began to manufacture in 2017 and carries surveillance equipment as well as has armament capabilities. It seems that in the war between the Ethiopians and the challenges, Israeli and Iranian weapons are rarely on the same side.

Other Israeli-made devices that were reportedly purchased by Ethiopia are armored vehicles such as the “THUNDER”, a multi-purpose armored vehicle that also includes night vision systems, a controlled machine gun position and more.

Israel, as can be seen, has become an important supplier of weapons to the Ethiopian army, with the assessment that along with everything mentioned here, intelligence and improvement systems of tanks, cannons and aircraft must also be added, of which Israel is one of the leaders in this field.

In addition, our conversations with officials in the field indicate that in recent years Israelis have assisted the Ethiopian army in various arms deals. The Israeli arms dealers assisted the Ethiopian army in supplying millions of bullets to Kalashnikov rifles, machine guns and sniper rifles made in Russia. In addition, Israelis also brokered deals that brought anti-tank missiles and thousands of shells to cannons and tanks, as well as mortar shells.

A source close to the field told us that there is a “not small” group of Israelis whom the Black Continent calls “war artists.” According to him, those Israelis who work in Africa, including Ethiopia, are considered to be able to obtain any weapons, and at a price that third world countries can also pay.

An interesting point to note, is that the problem is that this story goes beyond Ethiopia and its bloody civil war. Egypt, which is in conflict with Ethiopia over the construction of the “Renaissance” dam on the Blue Nile, has expressed concern about Israeli weapons. Especially after Ethiopia announced its desire to purchase an Israeli “Spider” air defense system to protect the dam from the Egyptian Air Force.

Israel, it should be noted, did not provide such a system to Ethiopia, which in turn did not try to advance the deal. In any case, it is doubtful that such a deal will materialize because Israel will not jeopardize its ties with Egypt.

Another point is that some of the weapons flowing into Ethiopia, such as assault rifles, mortar shells, anti-tank missiles and more, also come from Iran, which is under the sanctions regime.

Israelis are not the biggest supplier, but are considered very significant and reliable. As long as the war there continues, there will be someone who will take care of cutting out a fat and rewarding coupon.