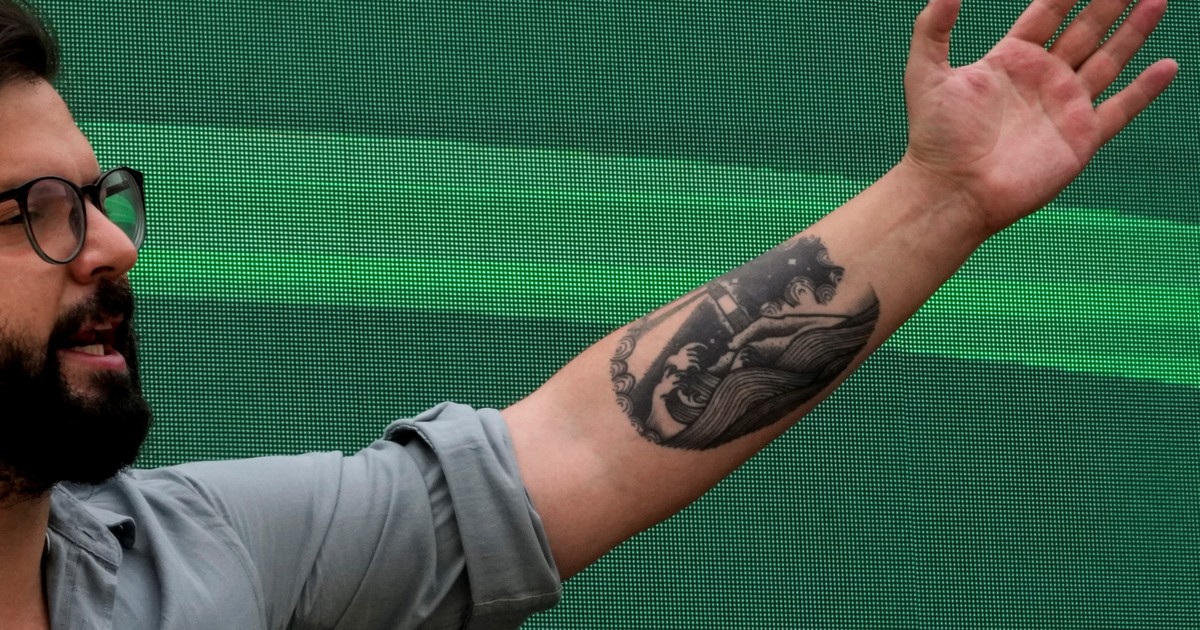 Yumbel Góngora, a tattoo artist in Chile, recounted the designs that Gabriel Boric, the new president-elect of that country, has printed on his skin, and revealed that all of them “revolve around their region of origin”, Magallanes and Chilean Antarctica.

The first image that Góngora designed for Boric, the map of Magellan, She did not tattoo it, but it was made by another artist. He had met the new trans-Andean president when he was a student leader and, after several conversations, he generated the design that the now successor of Sebastián Piñera was immortalized on his right shoulder.

The woman assured that for months she studied old maps of that region, located in the extreme south of Chilean territory, to draw up the sketch and then the final version of the tattoo made by the 35-year-old leftist who defeated the far-right José Antonio last Sunday. Kast, in the second round of the presidential elections, accompanied by the young and urban vote.

Góngora asked him again two other tattoos more to the former deputy: a Magellan beech (a tree that at that end of the world is swayed by the strong winds of the place) in a clavicle) and the beacon of his left arm, the most photographed when the Chilean president-elect rolls up his sleeves.

He made several sketches for that lighthouse, which became a kind of emblem in Boric’s life, when he was going through a personal depression of which he spoke and for which he was criticized during the first part of the campaign.

Góngora assured that the president-elect told him about that symbol that appeared in one of his dreams. “A lighthouse shining on a desert island” said the tattoo artist, who studied visual arts at the University of Chile.

In your folder save a sketch of a new tattoo for the president-elect, agreed long ago. He does not know if the more rocky and careless aesthetic that characterized Boric, and that he had to abandon in this more formal stage of his life as the main political figure in the country, will allow this project to be carried out.

For Góngora, the president-elect represents a mixture of urban planning and regional identity that marks his character, humility and accessibility.

“It is important for a person to never forget where you come from … that always keeps you focused on where the important things are, do not get carried away by fame”, he told The Associated Press.

In addition, he commented that “with Gabriel the process is always a little longer” “due to the issue of his time.” “Sometimes we start talking here, but we review the sketch here and then we do the tattoo like months away,” he said.

“I find him a normal ‘goat’ (young man), I didn’t feel like I was with someone as famous; He is someone “ quiet ”, simple, we talked about many things, but that has been a long time, ” he added.

According to his tattoo artist, Gabriel Boric is someone “simple”. Photo Esteban Felix / AP

Góngora was also one of the people who felt disappointed when the current president-elect signed the peace agreement on November 15, 2019, which represented an institutional solution to the social revolt of October of that year.

He said that, like many back then, she felt betrayed by Boric, whose decision was highly criticized and led to the resignation of many of his party members.

“At the end you are like giving up a group of people who are fighting in the street to make an agreement with the powers that be,” he explained.

“Clearly now he is betting because … Boric does what he has to do and that with this he can continue advancing in this process of making a better country little by little,” he completed, smiling.

With information from AP