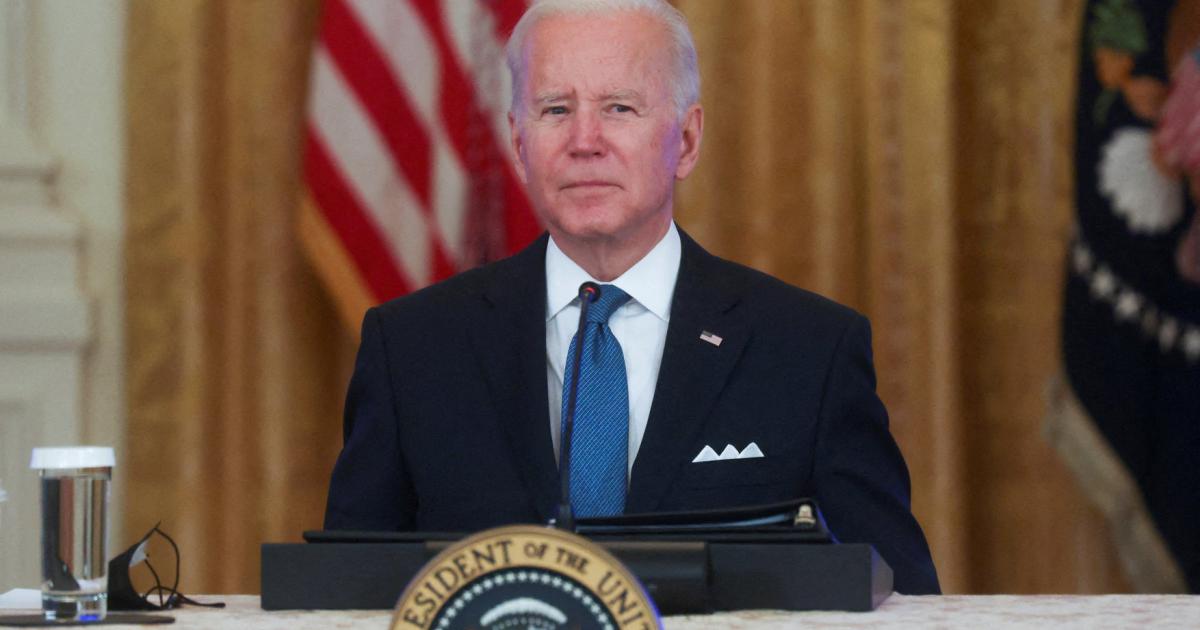 US President Joe Biden can imagine sanctions against Russian President Vladimir Putin if Russia invades Ukraine. “Yes,” said Biden when asked by a reporter on Tuesday whether he could imagine personally sanctioning Putin in the event of an invasion. “I can imagine that,” Biden continued. Biden also threatened Russia again with “heavy consequences” and “economic sanctions”. In the end, everything depends on what Putin decides about Ukraine.

A Russian invasion could be the “biggest invasion since World War II,” according to US President Joe Biden, given the massive troop presence near the border. Such a move would “change the world,” Biden warned on Tuesday. According to US information, Moscow is said to have positioned around 100,000 Russian troops along the Ukrainian border. Referring to Russian President Vladimir Putin, Biden said he was “continuing to expand the troop presence along the Ukrainian border.”

It was initially not clear whether Biden was referring specifically to Europe with his “invasion” statement, because significantly more soldiers were deployed in the US-led invasion of Iraq in 2003. In Afghanistan, on the other hand, the strength of the Soviet troops after their invasion in 1979 was given as around 120,000.

Moscow has denied plans to invade Ukraine. Biden again warned Russia of drastic sanctions and countermeasures in the event of an attack. At the same time, he stressed that there were no plans to move US troops to Ukraine. “No American forces will be transferred to Ukraine.”

Yesterday, the US military put around 8,500 soldiers on increased standby to enable them to be transferred to Europe at short notice if necessary. “I could move some of these troops at short notice – simply because it takes a certain amount of time,” Biden said. This is not a provocation, but a precautionary measure to address the concerns of Eastern European NATO members, he said.

When asked, Biden added that it was still unclear whether Putin was actually planning an attack. “I’ll be perfectly honest with you: It’s a bit like reading coffee grounds.”