Meme war on social media: In the tractor vs. Putin match, the winner is the tractor 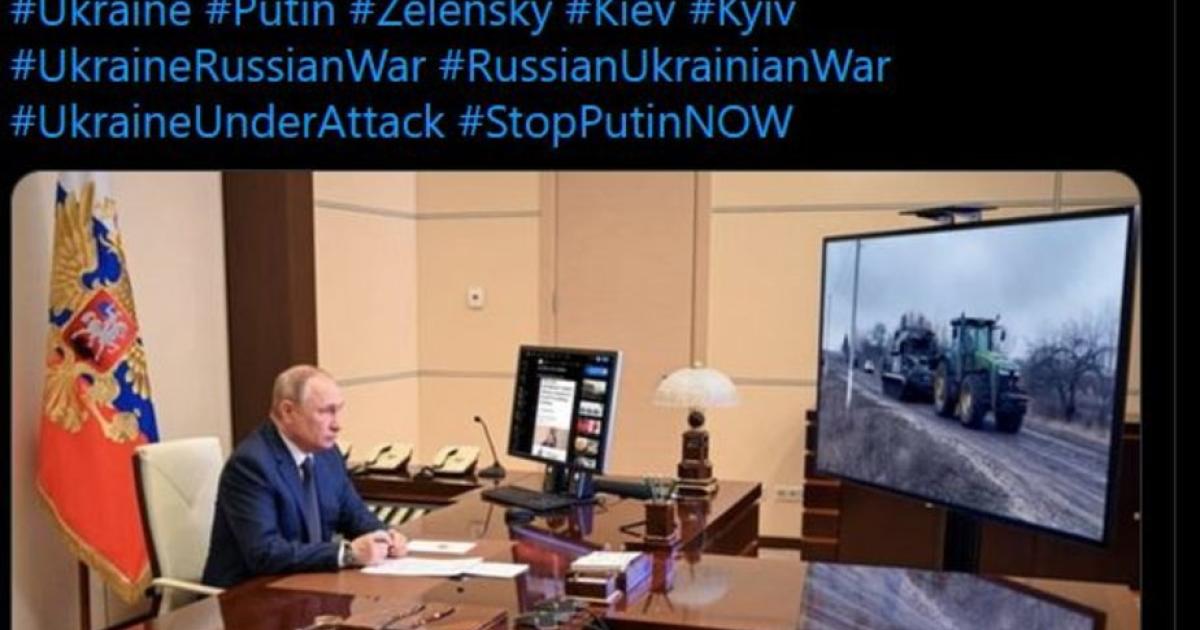 This war is the first to be live on social media. There, Ukraine wins hands down – with memes and jokes.

War is content. This is truer than ever before in the case of the war over Ukraine: on Twitter you can watch open source analysts in real time locating troops, on TikTok people in bunkers describe their everyday wartime lives; on Instagram Ukrainian soldiers make marriage proposals at the front.

It is not for nothing that the term “Great Information War” is haunted by the Internet, an allusion to the two world wars. Because this war is also taking place on mobile phones, and it is the first of its kind. Putin himself is responsible for a good part of it. For years, the Kremlin has been funding an information war against the West worth millions.

Only: Ukraine is an opponent that Putin did not reckon with either on the real or the virtual battlefield. She uses means that Kremlin propaganda lacks: humour, self-mockery and quick-wittedness.

The best example of this is the tractor. Because Putin called the army an “army of tractor drivers” – the prejudice of the backwoods peasantry has always existed – the Ukrainians launched exactly these tractors to humiliate Putin. Dozens of real (!) videos of farmers stealing Russian tanks or planes are circulating online; resourceful people have made memes, quasi pictorial jokes, out of it. These and similar ones – such as President Zelenksij, who is asked for advice by masculinity legend Chuck Norris – have become massively independent.

This force is no accident. Ukraine is as online as few other countries, three quarters of the population is active on social media; and as long as cellphone service works, spreading memes, videos, and legends like the “ghost of Kyiv” (pilot who shot down six fighter jets) and the “panther of Kyiv” (cat that uncovered four snipers) is a good occupation for everyone in the bunkers. The government is actively promoting this, which generates international momentum. Selensky himself is more than firm when it comes to digital things. Even before the war, he was one of the most successful state leaders on Instagram, and he conducted his 2019 election campaign exclusively via social media – sometimes more in reality-T format than as a political campaign. This annoyed the traditional media so much that they jointly asked him for an interview.

The fact that he now takes over the world for himself every day via mobile phone video will ensure his place in history – no matter how the war ends. The Ukrainian population certainly too: it used to take a heroic photographer to send the “Tank Man” on Tiananmen Square around the world as a symbol of resistance, but now a smartphone is enough – and a tractor.