Berlusconi, Salvini and Zelensky’s expected speech to the Chambers 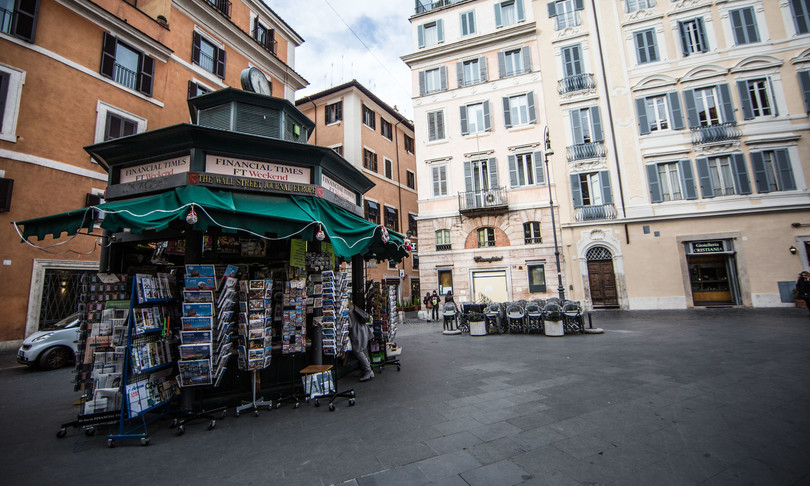 The words of Silvio Berlusconi towards Salvini’s leadership and the expected speech by the Ukrainian president in the Italian Parliament are the two themes that dominate the political pages of the main newspapers on newsstands today.

Interview with Roberto Fico: “Parliament with Ukraine. I don’t see the sending of weapons in conflict with peace”. For the Speaker of the House “an almost unanimous majority in support of Zelensky. Military spending? The solution is not an increase but focus on the EU’s foreign and energy policy”.

Discontent and fears in Forza Italia for Berlusconi’s praise for Salvini. Many ‘astonished’ blues see an investiture. The Northern League: “We need a united team”. The leader of the Northern League supports the idea of ​​a republican party or federation. Interview with Sgarbi: “At the party at Villa Gernetto they gave the stain-resistant robe. Me posted? No”.

“We won’t listen to Zelensky.” The pro-Russian branch in the House. Tomorrow the Ukrainian president will connect with the Parliament, many forfeits between M5s, former M5s and Lega. Work is underway on the withdrawal of Panamarov’s honors. Interview with Enrico Borghi, Pd security manager: “Guerini prevented Russian espionage in 2020, that’s why Moscow threatens him”.

FdI rejects the ‘other marriage’ between Berlusconi and Salvini. “The leader is decided by vote”. Discontent among the Melonians for the investiture of the Knight to the Northern League leader during the symbolic marriage with Fascina.

“Italy paid for the Russian mission, it was Conte who negotiated with Putin”. So in 2020 Deputy Minister Del Re reported in the Chamber on Moscow’s aid for Covid.

“Let’s vote no to military spending”, the 5s leader’s turnaround. The former premier opposed to the Lega and FdI proposal, the Movement is divided.

Investigations, blitzes and kidnappings, close against the expensive gasoline. Draghi studies the new aids. From tomorrow the first effects of the decree: the parties are asking for more. A majority summit to avoid obstacles in the tax vote.

Interview with Carlo Calenda: “The government’s measures are not enough but Bonomi’s criticism is irresponsible”.

Melons, the Northern countryside. In May convention in Milan, then the administrative ones. The challenge to the League to transform the Brothers of Italy into the leading party of the center-right in the 2023 elections starts.

Salvini thanks Berlusconi after the endorsement: “we need a united team”.

The Silvio-Salvini axis shakes the center-right. In the balance are the agreements with the FdI at the municipal authorities. Fibrillations in Sicily, Musumeci does not like Forza Italia and Lega and there is still no shared name for Palermo.

Kosovo, Iraq, Libya, Ukraine & C: all the Lords of the Democratic Party to wars. From 1999 to today, resolutions and interventions.

That ‘betrayal’ of Conte behind the Moscow attack. Giuseppi knighted Paramonov and the Russians in 2020 sent anti-covid aid. Then the breakup.

The Lega-FI axis is strengthened. “Things to change with FdI”. The Berlusconi-Salvini embrace. Tajani: “he is a friend, we are loyal but we do not give up our identity”.

FI jealous of Salvini tries to minimize the investiture of the Cav (“Matteo the only true leader”). The Northern League replies to the former prime minister: “Thanks for the friendship and trust, united we win”. Tajani, on the other hand, minimizes: “He was invited only as a friend. With fdI we are loyal”.

Grillino own goal. Conte rewarded the man who now threatens us. Paramonov, on the proposal of the Giallorossi leader, became a Knight in 2018. And Di Maio appointed him Commander for the Russian contribution to the fight against Covid.

The mediators of the arms deal emerge from the D’Alema cellar. Massimo Tortorella, partner in the politician’s family firms, has a US company linked to the intermediary Gardo. “I introduced him to Max, they became friends”, reveals the entrepreneur. Denying the former premier.