Peru: Kidnapping and rape of a three year old girl – protests broke out in Lima and other cities 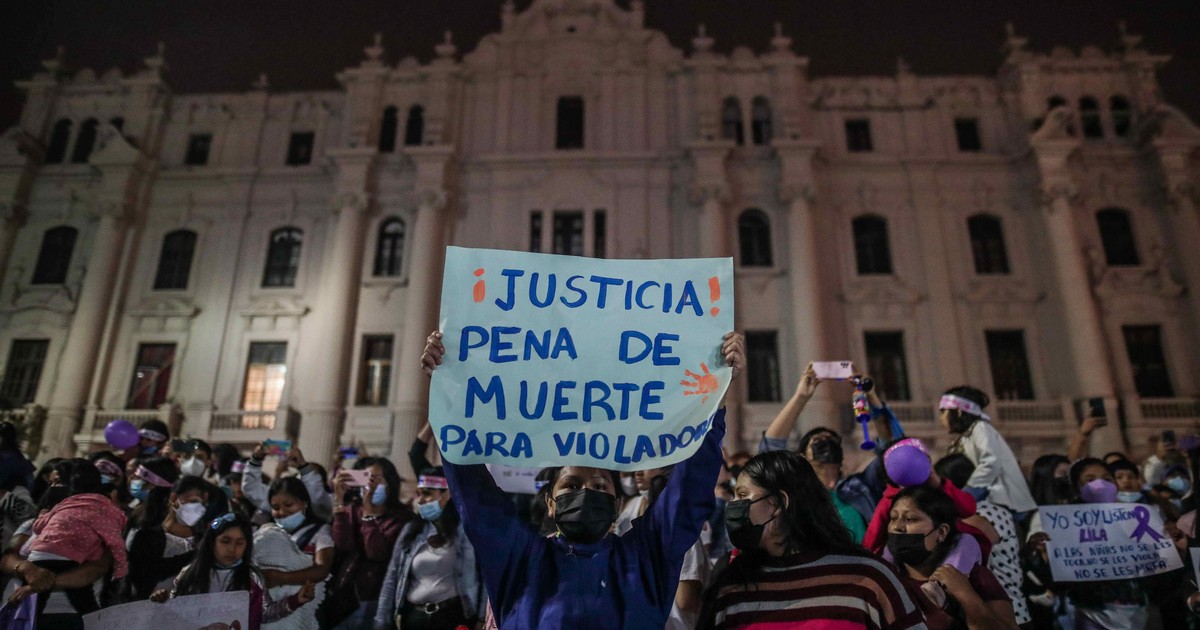 The kidnapping and rape of a three-year-old girl in Chiclayo, in the Peruvian region of Lambayeque, provoked the indignation and rage of thousands of citizens who took to the streets of Lima and other cities this Thursday to demand justice for the minor.

The victim, identified as Damaris, was reported missing last Tuesday, April 12, and was found this Wednesday by the National Police, who arrested the 48-year-old alleged culprit, who is accused of the crimes of “rape” and “kidnapping in grievance“.

In Lima, the protest was led by the presence of children and whole families, who encouraged other citizens to join the march. “One of their sons or daughters can also be outraged,” repeated the crowd.

Stuffed animals and toys accompanied banners calling for the life sentence for the aggressor although messages were also heard demanding the death penalty, which has been abolished in Peru since 1979.

The marches in Peru to demand Justice for Damaris were full of children and entire families. Photo EFE/Aldair Mejía

The march began at the Palace of Justice and tried to access the Government Palace, but as its access was blocked by the Police, it headed towards the central Plaza San Martín. In that place, a collective prayer for Damaris was held, led by the demonstrators who later headed to Congress.

The repudiation of the authorities

“As a government we condemn and repudiate sexual assault suffered by a minor in Chiclayo. This unfortunate fact should not go unpunished. Our solidarity and all the support to the girl and her family. We ask the Judiciary for the greatest weight of the law for the guilty”, published the official Twitter account of the Presidency of the Government.

For its part, the National Prosecutor’s Office announced this Thursday that they have issued nine months of pretrial detention against the detainee, identified as Juan Antonio Enriquez Garciafor the alleged crimes of kidnapping and rape of a minor.

“At the request of the provincial prosecutor Martín Muñoz Basauri, the Judicial Branch ordered preventive detention for a period of nine months against the investigated party. In this case, the accused would receive the maximum sentence of life imprisonment,” the Public Ministry reported on its website.

Marches in Peru to claim Justice for Damaris, the 3-year-old kidnapped and raped. Photo EFE/Aldair Mejía

“Without a doubt, due to the facts, evidences and flagrancies, there is no doubt that what corresponds here is a life sentence for this monster who has attacked the integrity of such a vulnerable and sensitive human being like this minor,” said the Minister of Justice, Félix Chero, this morning on the RPP radio station.

The Minister for Women and Vulnerable Populations, Diana Miloslavich, also spoke out on Twitter: “My resounding conviction of the crime against the 3-year-old girl who was sexually assaulted. I demand that our authorities and justice system the most severe sanction against the rapist. We will continue to provide care to the victim and support to her family.”