Chilean Cencosud launches its fourth supermarket chain in the country 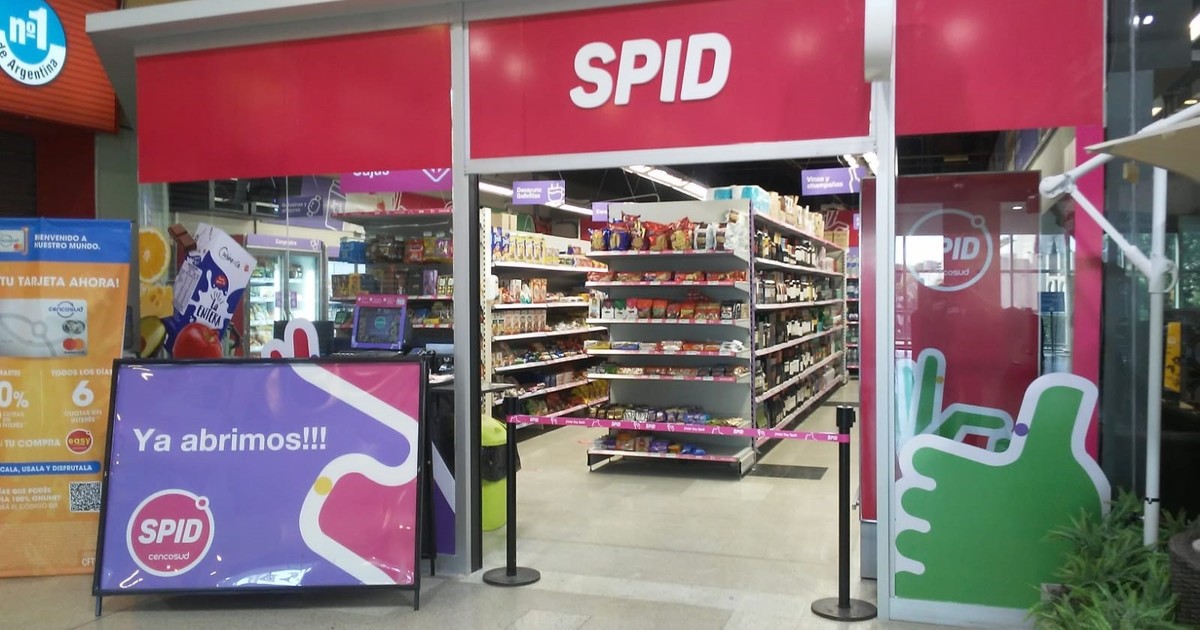 The Chilean group Cencosud opened two branches of its fourth supermarket chain in Argentina. It is about Spid, which was born as a brand only for delivery, and now has its first two physical stores on the street, with a proximity format in the style of Día% or Carrefour Express.

Spid began operating in April for online purchases through the Rappi app. But now it seeks to expand its reach with stores that They are located in the City of Buenos Aires (CABA).

One of the branches is on the avenue San Juan to 2800 and the other in Palermo Portal, where Cencosud already has a store for the Easy construction materials chain and the Jumbo Hypermarket. In the next weeks, They will open a third in Aráoz 277.

“This new supermarket format is focused on the buying speed, the quality and freshness of your products and the speed of delivery as a differential value, with products from the fresh, beverage, warehouse, perfumery and cleaning categories, “Cencosud said in a statement.

In addition to these first physical stores of the convenience store style, the company will continue to offer its customers the possibility of purchasing products through the Rappi app in CABA, Greater Buenos Aires, La Plata, Mar del Plata; and the cities of Córdoba, Mendoza and San Miguel de Tucumán.

The next stage will be the implementation of a Spid’s own app, to expand the scope and coverage to more regions of Argentina.

New premises for the Spid supermarket, belonging to the Cencosud group, on San Juan avenue.

In its online format, Spid allows you to buy about 1,100 products in the main categories of fresh food, beverages, warehouse items, perfumery and cleaning.

Its launch was part of a regional project of the company that landed in the five countries where Cencosud operates: Chile, Peru, Brazil, Colombia and Argentina, and is part of an investment plan that includes a disbursement of US $ 160 million for the Argentina in the next three years.