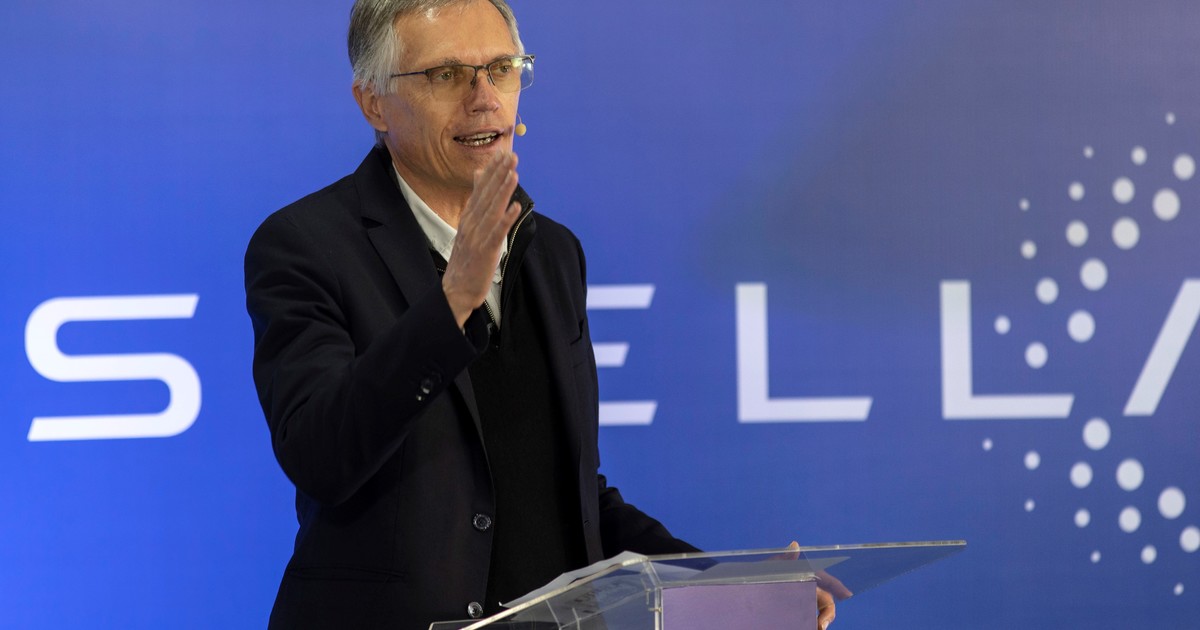 Carlos Tavares global CEO of the automotive company Stellantis, said that both the group’s factories in Brazil and Argentina “must present profitable projects” to get investments in new models.

“Fortunately in our group there is no shortage of ideas, so there comes a time when there is competition within the company itself between several projects, since we can’t invest in all“said the Portuguese executive during a press conference on Thursday.

Stellantis, product of the merger of the car companies Peugeot and Fiat Chrysler each year has €14 billion for investments, added Tavares. Of that amount, 6,000 million euros per year are already allocated, until 2027, to invest in the development of technology and new electric vehicles. So 8,000 million euros per year are available to invest in the different regions of the world where Stellantis operates.

“The investments for the Latin American region will be the result of the proposals made to us for new projects. Those projects are decided based on profitability: If projects are profitable above a certain level, they are considered,” Tavares said. “There is no hard and fast rule. There is no specific amount to establish for a region x“.

Tavares and the president of the Stellantis alliance, John Elkann visited Brazil in the middle of the week and participated in the launch of the new version of the Brazilian model Citroen C3. Tavares it was number one for peugeot at the time of the merger, in January 2021, while Elkann, descendant of the Italian Agnelli dynasty, It was him owner of Fiat Chrysler.

On Thursday, the Portuguese executive gave a press conference over the Internet, from São Paulo, accompanied by Antonio Filosa Italian executive from Fiat and current head of Stellantis for Latin America.

Antonio Filosa, head of Stellantis for Latin America, together with Carlos Tavares, CEO of the group, in São Paulo.

In Brazil, Fiat is the number one brand of that powerful market of almost three million units year. In Argentina, the sum of Fiat and Peugeot, each with its own factory result in the automotive number two of the market, behind Toyota Argentina.

Tavares proved to be very aware of that situation: he praised Filosa’s decision to have duplicate the production of Peugeot 208 with a second shift at the El Palomar factory. And he said that, thanks to that decision, during 2022 Stellantis will finalize its production numbers. “very close” from Toyota, which he preferred not mention by name.

He also said that the global supply crisis for semi drivers limits Stellantis’ global production to six million vehicles per year, while the group’s installed capacity is eight million units. But immediately afterwards he said that this topic now went into the background, after the Russian invasion of Ukraine.

“The supply problem becomes marginal or small when we compare it to a war in Ukraine, that can turn into a world war. We have to encourage our political leaders to find a political solution to this conflict,” he claimed.

Tavares even praised the current situation in Latin America, in contrast to the upheaval that the Russian invasion represents both in Europe and in the rest of the world.

“Latin America is relatively stable and that is surprising. We always referred to Latin America with crisis and volatility. Now I am here, three days ago, and I feel in a particularly stable, peaceful, confident and optimistic region, looking to the future” , said.

-What are the investment plans in the region? -She was asked.

-Our global investment capacity is in the order of 14,000 million euros per year. Of that amount, we have committed to investing 30,000 million euros, over the next five years, in the area of ​​electrification and software. It is an average of 6,000 million euros per year, of those 14,000 million. So the investments for the Latin American region will be the result of the proposals made by Antonio (Filosa) for new projects. Those projects are decided based on profitability: if the projects are profitable above a certain level, they are considered. Fortunately, in our group there is no shortage of ideas, so there comes a time when there is competition within the company itself between various projects, since we cannot invest in all of them. There is no fixed rule. There is no specific amount to establish for a region X (…). I do not see that there is lack of financing for projects in Latin America. It seems to me that we are going to consider projects with good will. We have a lot of potential, with a team that has the mentality to be a champion.

-How much does the global chip crisis affect the company?

-The issue of semiconductors is a very critical aspect. We have a company that can make more than 8 million vehicles per year and not being able to exceed 6 million because of the semiconductor supply issue is very frustrating. Every morning when I wake up, that’s a major concern. But at the same time, it is still a purely economic concern and not a human one. The supply problem becomes marginal or small when compared to a war in the Ukraine, which may turn into a world war. We have to encourage our political leaders to find a political solution to this conflict.

-What do you think of the recent agreement between Argentina and the IMF?

-Everything is based on the availability of currency, foreign currency. What we are all trying to do is increase or, at least, find a balance in the exchanges between Argentina and Brazil, so that the development of the industry in Argentina can continue, based on resources and foreign exchange that allow importing whatever is needed. It is a topic that is not limited to the automotive industry. It is something that is planned within our strategy, to increase Argentine production. By the way, the decision to produce the Peugeot 208 had its origin in that understanding of seeking a balance between the exchanges, precisely, and it is working very well. The Peugeot 208 is very successful, with a good reception by the market. Antonio made the decision to increase the production of this model in Argentina to two shifts, so that commercial success can be supported from production. We could have done more if we had more semiconductors, but we are already very close to our main competitor (referring to Toyota), which is working at a very high level. We are going to end 2022 very close to that number one position.