Robe Iniesta: “People are a bit grumpy about checking lyrics” 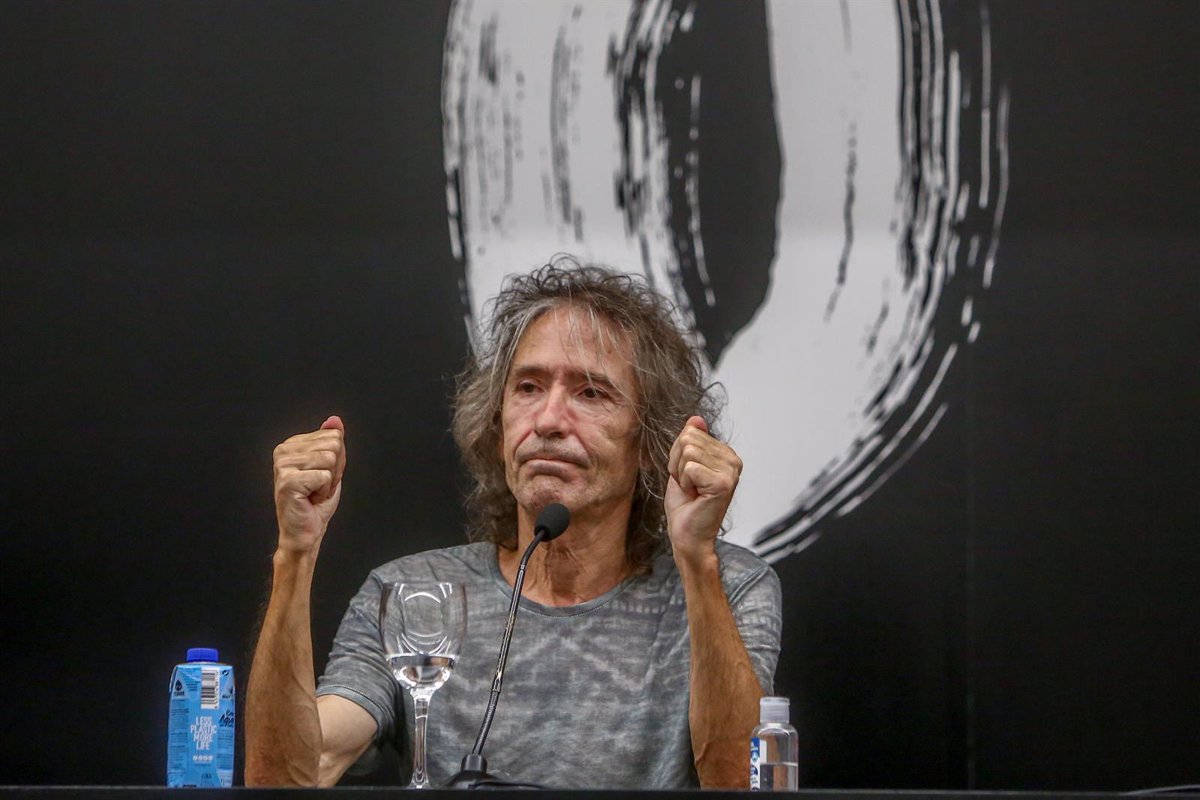 The singer Robe Iniesta, ex-vocalist of Extremoduro, returns to Madrid this Saturday, November 20 with a performance at the Wizink Center within his tour ‘Mayéutica ‘with which he assures that he will not leave any topic out of his repertoire “despite the politically correct reviews“.

“Sometimes you have to pester people and say things that might annoy, even though I myself sometimes don’t even understand everything I say in the lyrics. There are things that I write them and over time they take on another meaning, but I think people are a little bit grumpy nowadays with everything that“, the musician has pointed out in an interview with Europa Press.

On ‘Maieutics’, Iniesta has been combining songs from his solo albums along with mythical songs like ‘So payaso’ – and his repertoire includes songs like ‘Golfa’ or ‘Jesús García’ -. In any event, you have confirmed that He is not going to rule out playing any of his compositions live because the lyrics “do not have to be correct or accepted.”

“The lyrics come out and you don’t even think about what you’re writing about, sometimes you’re even playing the devil’s advocate. I will never stop making songs for political correctness, because then we could not sing anything. If I stop talking about something in my songs it is because perhaps it is more difficult for me to feel some things, not for something else, “he admitted.

“With the songs of always to me it is worth to me that they excite you. If they also make you think or ask yourself things, why do we want more? For me, I don’t think you have to do this review of everything, to see if I said ‘ass’, although I imagine that there will be people who do compose like that. But sometimes you have to bother and transgress, “he added.

In this concert in Madrid, there may be people standing on the floor, something that Iniesta appreciates – “it still amazes me to see so many young people in my performances,” he acknowledges. However, the musician acknowledges not being satisfied with the political management that has been made of the pandemic, focused on the music sector.

“We choose politicians for their charisma, for the publicity they do, not for being the smartest. That is why they have not disappointed me, because I already knew that they were all half stupid. There are a few guilds in which the climbers have been getting into for many years, people who wanted to thrive without the need for specific training, and one of them is politics, “he criticized.

“We have already gone through several moments: there has been the time of the builders and the politicians are always there, which is a profession to which The climbers have gone because it only serves to have a lip and convince others, in addition to having an image“, lamented the former singer from Extremoduro.

Asked about the future of his old band, he acknowledges that “there is not much to scratch.” “The tour that we were going to do is not that it is on the air, it is that the promoter suspended it because they did not want to wait for the pandemic to pass and then set dates: You couldn’t keep putting dates and changing indefinitely, that anyone who has two fingers in the forehead knows that “, has indicated.

That is why Iniesta gives that tour as “finished”, although he does not rule out that in the future another could be made. “Perhaps it would not have a farewell name, it would be like a kind of meeting, but I do not know if it will happen“, he explained, to later point out that what most” excites him “is a new solo album for which he already has material.

“I always rethink everything, I have many doubts and I think about everything many times. I do not understand people who are very sure of things, that is not evolving. I try not to have such great certainties as to be immovable: it is the only way to do things well, “he concluded.

the point on Ericsson’s research in Italy