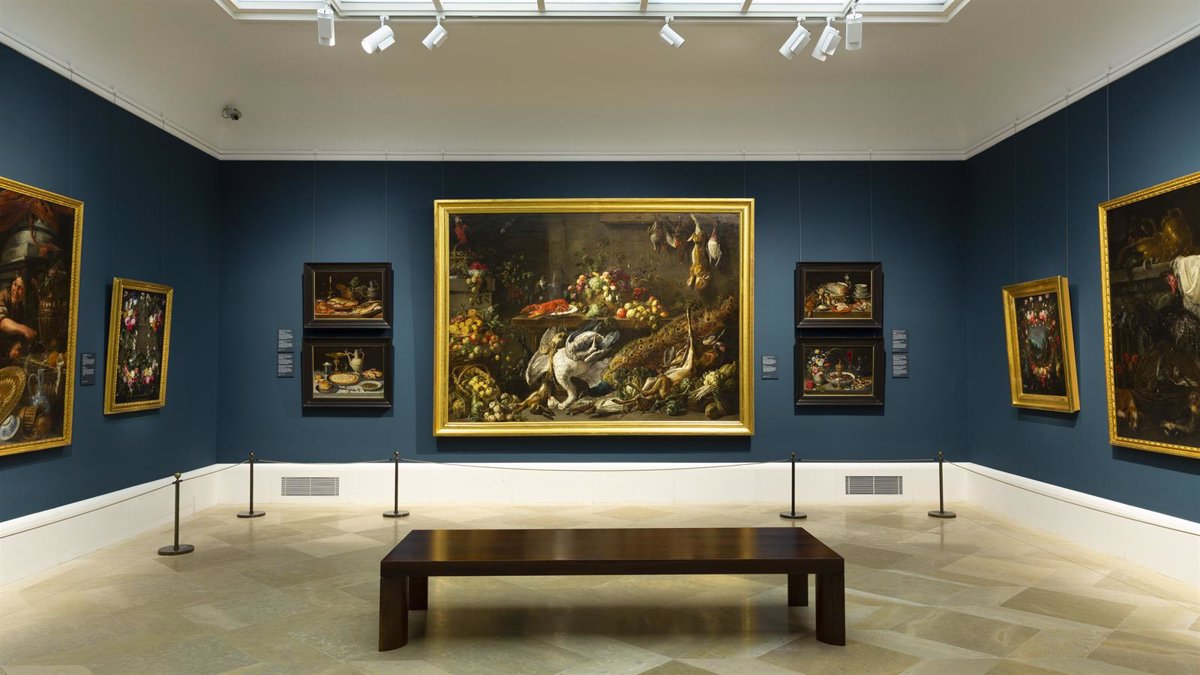 The National Museum of the Prado It has recovered all of its exhibition space for the visitor after a year and a half with limitations due to restrictions due to the coronavirus pandemic, reopening the rooms of the Villanueva building.

With almost a million visitors since the beginning of 2021 and a monthly average of more than 100,000 since July, the Museo Nacional del Prado has gradually recovered the exhibition space of the permanent collection.

From this Saturday, December 4, the Treasure of the Dolphin and the still lifes of Clara Peeters can be visited, along with fundamental works by Rubens, Jan Brueghel and David Teniers, among other artists, as well as representative painters of the Dutch school such as Salomon de Bray and Gabriel Metsu.

With the addition of these more than 900 square meters to the tour, the exhibition space now reaches 14,765 square meters, which will be increased to almost 15,500 square meters when the architectural rehabilitation of some of the rooms in the north wing of the first floor.

“With the relaxation of restrictions against COVID-19, the Museo Nacional del Prado has gradually recovered the usual exhibition space“They have pointed out from the gallery.

The recovered space that can be visited is on the second north floor of the Villanueva building, with the large continuous curved display case that contains the Treasure of the Dolphin and rooms 76 to 84 dedicated to the collections of Flemish and Dutch painting from the 17th century.

“Thus, an increase in the museum offer is achieved, presenting more works of art in permanent exhibition and more architectural spaces of high heritage value., as well as proposing a new visit route, more complete, versatile and accessible to all audiences “, they pointed out.

The space for the Dolphin Treasure stands out, in room 79 B. This collection, which arrived at the Prado Museum in 1839, is now exhibited in its entirety in the North Bull, located in the central body of the second floor of the North body or Goya from the Villanueva building.

It is a circular space in which a continuous curved display case of 40 meters in length has been installed that meets the highest technical conservation requirements and includes supports and lighting systems designed specifically for each of the pieces taking into account their shapes and materials. This montage offers the most complete view of the Treasury for more than 200 years.

Of the 169 works from that time, 144 are preserved, which have been brought together in this permanent exhibition: 120 (one of which is made up of 13 loose cameos) were already on display in the museum, ten more are those that make up the coffee set of lacquer identified in the Museum of America, and another 14 are part of the set of utensils to prepare game pieces that was deposited in the National Archaeological Museum.