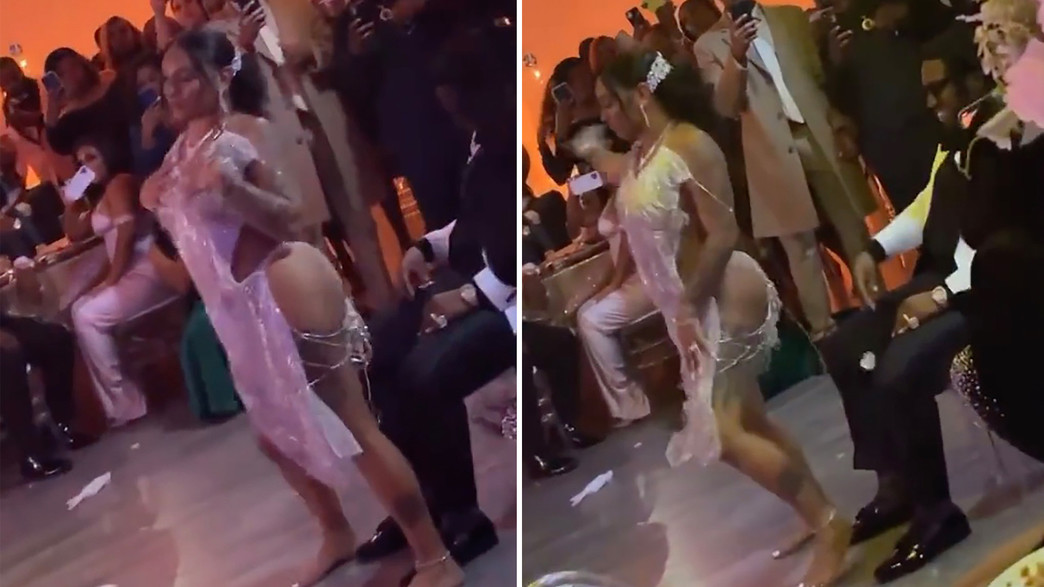 “Does it just bother me that she does it in front of her parents?”: The bizarre video you will see quickly went viral on social media with millions of views and thousands of comments. Some criticized the anonymous bride and others praised her for the courage

“My sweetheart, if you want to twerk from the ceiling, I’ll be there to pick you up”: A Florida bride recently smashed the network after her video doing “lap dance” for her groom at the event went viral on social media.

The bride, named Rochelle, is seen while wearing a dress with no back, barefoot and wearing thong panties. In the video, she can be seen dancing sensually on the groom sitting on a chair in the plaza, while the other bridesmaids perform a joint dance behind her.

Despite this, the climax probably came when Rochelle “got down to 6” and started networking in front of the stunned guests, the video, of course, was eventually uploaded to Instagram by one of the guests, just before it exploded on the net.

“Is that the bride ?!”, wrote a Twitter user who shared the video that has been viewed more than 3 million times since and received thousands of responses from surfers – some praised the bride for the courage to dance in front of everyone and others criticized her for her actions. “Everything in this video is just screaming trash,” wrote one of the surfers. “The bridesmaids shaking their asses, the barefoot bride, the fact that she’s showing her ass to everyone – including her family. All that’s going on here is just one huge mess.”

Another user also criticized the bride and added: “It only bothers me that she does it in front of her parents, her grandparents and all kinds of children who were invited to the wedding ?. I have no words.” On the other hand, there were also those who sided with the bride and argued that if she wanted to dance in front of her husband – her full right. “If she wants to dance in front of everyone, she can,” wrote another surfer. “If you do not want to network at your wedding – then do not network at your wedding. It’s that simple.”