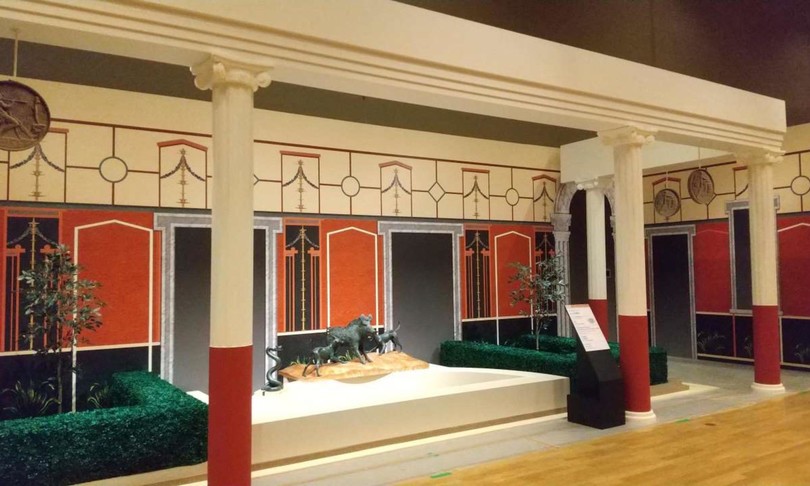 Two civilizations united by the fire of volcanoes and the energy of earthquakes. It is an evocative installation, which allows a journey through time through a capillary contextualization of many of the gods 160 exhibits which, from National Archaeological Museum of Naples, have populated, divided into five sections, the Tokyo national museum for an exhibition, ‘Pompeii’, which celebrates 150 years of the most important museum in Japan and then goes on tour, until December 2022, in Kyoto, Miyagi and Fukuoka.

An event that has already seen in the first two days of box office opening 3,500 tickets detached in a country struggling with the restrictions for Covid and the closure to foreign tourism. “With Japan we have embarked on an important cultural journey, which began two years ago”, explains the AGI Mann’s director, Paolo Giulierini, who is also the curator of the exhibition. In fact, the exhibition stems from a 2019 framework agreement which provides for a series of institutional synergies and has already seen the start of the restoration of the mosaic of the battle of Issus with the face of Alexander the Great, thanks also to the newspaper The Asahi Shimbun, which is one of the financiers; the newspaper, together with Nippon Hoso Kyokai – Japan Broadcasting Corporation, is among the organizers of ‘Pompeii’.

It is the first time that such an important core of Mann’s permanent collections has crossed the borders of Japan, Giulierini confirms, “and that, above all, iconic pieces of the Pompeian imaginary arrive in the land of the Rising Sun”. In fact, in the windows there are, among others, the famous bronze statue of the Faun from which the homonymous domus took its name, and also the Dionysus with panther and a peplophoros in white marble that come from the villa of Augustus in Somma vesuviana, excavation ground for Italian and Japanese archaeologists.

“The operation that we have set up in the exhibition is complex – says Giulierini – for those who are Japanese, the interpretation of our ancient one passes through cultural codes that are radically different from ours and does not generate immediate recognition as for a European, who feels he is his heir. For this we have focused on two themes, the volcano and earthquakes, which unite our West with this East. And the story of the Pompeian tragedy caused by the earthquake and Vesuvius through a contextualization of the objects becomes the communicating vessel that favors dialogue. For both peoples, the volcano is both a source of fear and respect, life and destruction“.

Made ad hoc for the exhibition, in this perspective, there is theexclusive reconstruction of the walls of Cicero’s villa in Pompeii, thanks to the combination of fragments of wall decorations, such as the famous funambulist satyrs, a project signed by the archaeologist Rosaria Ciardiello and by the photographers Luciano and Marco Pedicini.

The empathic impact of the exhibition of the finds allows, underlines the director of the Mann, to “render it shows a sort of public service, without affecting its scientific correctness. It is perhaps on this front that we should also work here in Italy, for exhibitions that communicate in a more secular way, which does not necessarily mean that they drop in level. In this way, probably, as happened here in Tokyo, we could have more responses also in terms of sponsors “.

IThe scientific project of the exhibition saw, among other things, the cooperation of the Japanese Ministry of Culture, the Museums of Tokyo, Fukuoka and Kyoto, the Italian Embassy in Tokyo and the Italy-Japan Foundation, and collaboration with the Park Archaeological of Pompeii.

“The stories of the ancient city of Pompeii and Mann are inextricably linked. It is not possible, in fact, to understand the events that affected Pompeii without knowing the Pompeian collections preserved in that museum and, vice versa, a visit to the Mann rooms not preceded by the itineraries that can be followed in the ancient city would be meaningless – he underlines Gabriel Zuchtriegel, General Manager of the Park – it is with a view to promoting knowledge of this extraordinary cultural heritage that the Archaeological Park of Pompeii and the Mann have the good fortune and the burden of managing, which has always led to the collaboration between local and foreign institutions. The recent Pompeian discoveries, from the excavations of the villa of Civita Giuliana to those that are bringing to light entire islands of the ancient city, throw a new light on the history of the city and its inhabitants, and generate, in those who look at it, an amazement equal only to what the first discoverers of Pompeii must have experienced. It is this same amazement that we hope will light up in the eyes of Japanese friends who will come to visit the exhibition “.