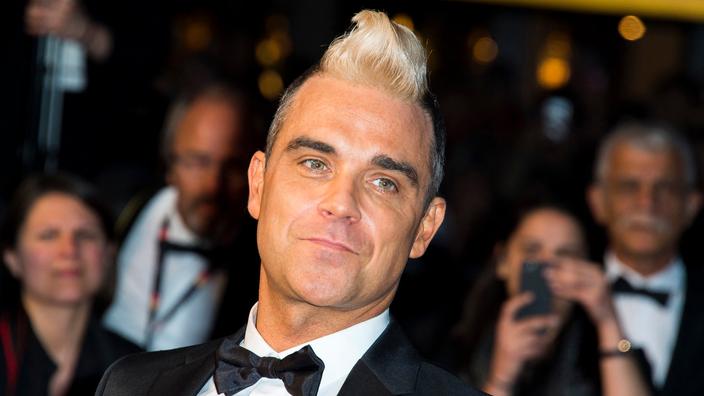 The British singer, a great admirer of the street artist, separates from three canvases to pursue new artistic projects.

We knew him as a pop superstar, Robbie Williams is also an art collector. He is particularly admiring of the work of Banksy, the most secretive and well-known street artist in the world. The singer will be selling three Banksy paintings in March. The Sotheby’s auction house will organize the sale.

As often with Banksy, prices are likely to soar. The first work, Kissing Coppers, which represents two police officers kissing, is estimated between 3 and 4 million euros. The Vandalized Oil painting, which represents two military helicopters inserted in the middle of a “classic” painting, is also estimated between 3 and 4 million euros.

Third and last canvas, a version of Girl With Balloon, prior to the one that caused a sensation by self-destructing during a sale in 2018. This large format is estimated between and 2.4 and 3.5 million euros. Another version of the same painting was sold last October for more than 21 million euros.

Until now very discreet on the art market, Robbie Williams explains this sudden entry into the auction rooms by his passion for the work of Banksy. He tells the Financial Times that “these paintings combine three things that I love: hip-hop culture, meanness and comedy.”

If he separates from it, it is simply that he is a little tired of it, and that he has new projects. “I still have a few Banksies and have enjoyed those for a very long time. I would like to invest money in the artistic project that I am starting this year, and reinvest in new works of art created by new people,” he reveals.

The sale could bring between 8 and 12 million euros to the ex-member of the group Take That. The three works were produced between 2005 and 2006, and acquired by the singer “soon after”. The organization in charge of identifying Banksy’s works, the Pest Control Office, has authenticated the paintings put up for sale.

The three works will be exhibited in the New York premises of Sotheby’s from Saturday January 29 and for six days. They will then be exhibited in Hong Kong and then London, before the sale scheduled for March 2, 2022.