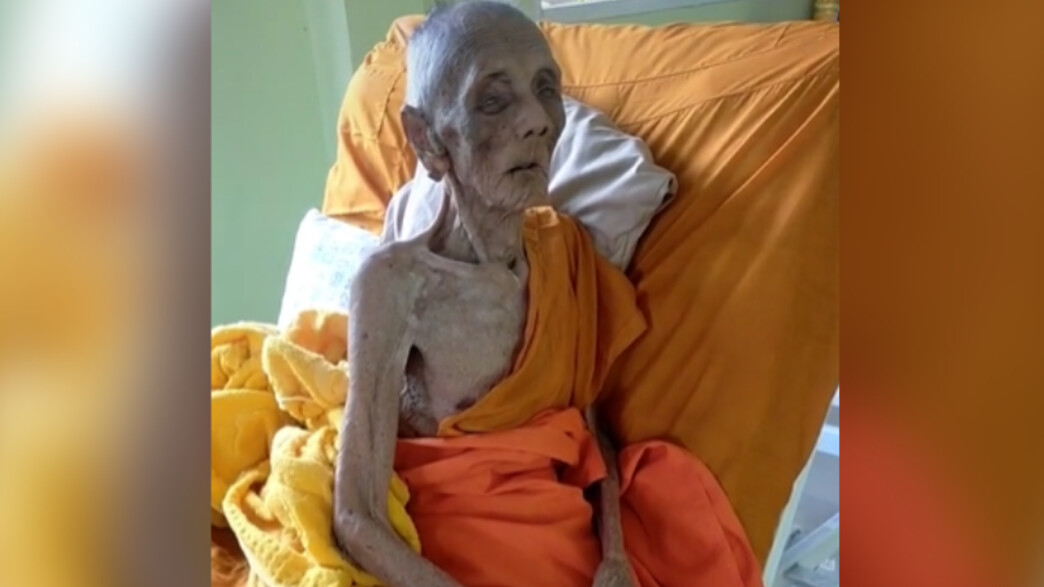 The video was uploaded just three days ago and has since been viewed tens of millions of times across social networks. Many surfers wondered what was behind the chilling documentation – until some found the original post of the mysterious old man

A video of an elderly Buddhist monk driving the web crazy – and some are convinced that he is the oldest man on earth. The documentation shows an older man with an Asian appearance, dressed in a traditional Buddhist robe, sitting on a hospital bed in the Far East.

“This man is 163 years old,” wrote one of the surfers in a tweet that went up on Twitter only yesterday and has already been viewed more than a million times. Soon, all sorts of rumors began to surface about the mysterious old man, the main one being that he was a devout Buddhist monk who was in the middle of the Sokushinbutsu process – or in other words, self-embalming. Despite this, the truth about the viral video was soon revealed.

Curious surfers were able to find the original tiktok video of the man, who turned out to be a Thai man named Luang Fu Yai. The person who uploaded the documentation is the user @ auyary13, who introduces herself as Yai’s grandson.

The user uploaded dozens of videos of the elderly man to her ticketing account, most of them confined to a treatment bed and surrounded by his family members. She claims he arrived at Dan Con Strawberry Hospital in January where he was hospitalized after being diagnosed with a fracture of the femur.

Yai’s videos have since been viewed tens of millions of times and garnered millions of likes from surfers, who flooded the responses with wishes for recovery and questions about the Buddhist monk. One of the surfers even asked the user about Yai’s age and she replied: “He is 109.”

The video also led to several mocking reactions from surfers, including one who called the senior “her body.” Outraged, @ auyary13 responded to the same user and wrote: “He’s not a body … a little respect for Luang please.