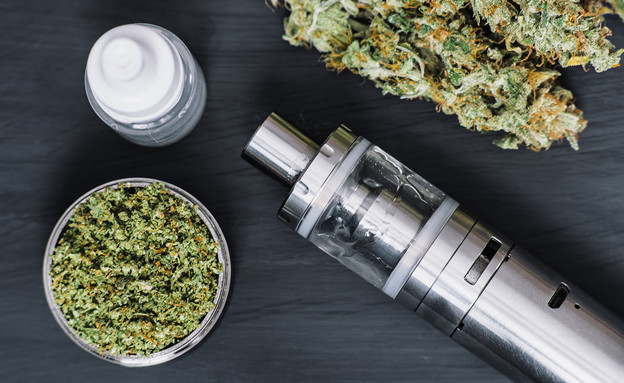 My father, (pseudonym) a 30-year-old drug dealer who is active in the Telegram app, does not remember two such years prospering in the sale of cannabis and cannabis, insane customer demand and most of all, non-stop work 24/7.

“In the last two years we’ve been printing money. We’ve been making piles. Maybe it’s the virus and maybe it’s the mental stress that has caused people to buy large quantities of cannabis and hashish. I employed ten couriers around the clock in both closures and today.

According to him, prices have sometimes risen by tens of percent due to high demand. Marijuana dealers have set up large tunnels that do not embarrass Hamas terrorists in moshavim and open areas on the assumption that the police will not find their location. Just this week, a huge tunnel was discovered in the Gaza Strip with 800 marijuana seedlings and a huge drug lab in the Rishon Lezion area, with seedlings worth an estimated NIS 15 million.

Rise in prices due to shortages

Even in hard drugs there has been a dramatic rise in prices. Due to the closure of the borders, a shortage of cocaine was created and in order to overcome it, the drug dealers in Israel were assisted by their colleagues from Lebanon and Jordan who smuggled it in the form of coal. That is, the cocaine was assimilated into coal to mislead the police.

The new drug that is driving Tel Aviv crazy

“Closing the maritime and air borders with South America prevented smuggling of cocaine including liquid cocaine in bottles of wine to Israel. Israeli couriers could not fly there and couriers from South America could not land in the country causing dryness for many months,” a police detective explained. “

Drugs like Dosa and Crystal Meth have also flourished in the last two years and our prices have risen by over 50 percent. The price of the rape drug broke records and the price of a liter of rape drug reached NIS 50,000. “There was also a crazy demand for Moroccan cannabis, some of which was smuggled from Dubai to Israel,” revealed a veteran drug dealer. “It is almost impossible to obtain very high-quality Moroccan cannabis in Israel.”

We reveal here for the first time the drug prices in Israel for 2021: