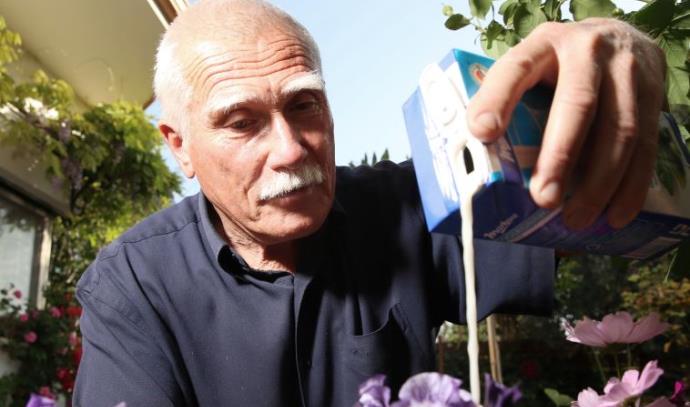 About six months ago, Dr-‘s Aryeh Avni license To practice medicine was revoked, this after the retired judge Amnon Strasnov ruled that “he is a charlatan-” Despite this, Avni continues to preach against vaccines, despite the rising morbidity of the Delta variant in Israel and around the world- This morning (Sunday) talked to Ben Caspit and Inon Magal In their program on 103FM radio and soon the discussion turned into a confrontation between the presenters and the guest.

At the beginning of the conversation, Dr- Avni stated that he had not been vaccinated against corona, as he had never been vaccinated against the flu, and explained: “I think unlike you that God created my and your best immune system- Even when Messiah comes this will be an immune system that can overcome anything- “Everything God asks for, there will be enough vitamins and minerals, that you will not eat this and that, and that’s all-” Avni added that he is not affected by other people.

Regarding the decision to revoke his license to practice medicine, Dr- Avni said: “I received my doctorate from Hadassah Jerusalem or the Hebrew University, so the poor in the Ministry of Health cannot by law take the degree- I was accused of inciting the people not to report fever, to treat with vitamin D and C, and zinc- “Ben Caspit noted tried to contradict Avni’s claims and told him: That launched it to prefixes 7 and 8 is, among other things, the invention of vaccines.”

In response, Avni replied: “I was born 73 years ago, so the vaccines were not- Whoever is 85 today, was born before the vaccines were invented, so they worked on your eyes.” Dr- Avni continued in a storm of emotions: “Why are you living longer? “Because of toilet paper, running water, sewage, soap, a washing machine, a refrigerator is what promoted life.”

As for the number of deaths worldwide from the corona virus, Dr- Avni claimed that it was nothing more than an invention: “If you went to a cemetery and checked if there was an epidemic or not, all the undertakers would say there is no epidemic, because the number of deaths is exactly the same.” “Work on your eyes and work on your eyes- The biggest culprit is the Ministry of Health.”

Ben Caspit did not give up, and replied: “I must disagree with you, there is excess mortality.” But Avni remained on his own, claiming: “Since they started giving vaccines, people aged 20 and 30 have died exponentially- Those who received the vaccines will be worse off in a year or two- All the animals that received the vaccine died within 7 months- The corona does not fade, Look what will happen in November-February, “he added:” Where is the information from? From the media- They get money- When you maintain your health you will not need a vaccine, there is no need for a spot vaccine.”

Yinon Magal joined the confrontation, slapping the interviewee: “You are outrageously endangering people in what you do, you are taking liberty to endanger other people’s lives-” Dr- Avni claimed in response: “You do not know the history of medicine, so you can talk things that are in terms of folly- Corona is a joke- “Magal was shocked to hear, and clarified:” People are dying from this joke- Millions of people die from this joke, the one who is joking here is you- You’re a joke- “Whoever died from the corona is not a joke.”