“I shot Carlo Giuliani at the G8, I’ve lived in an endless prison for 20 years” 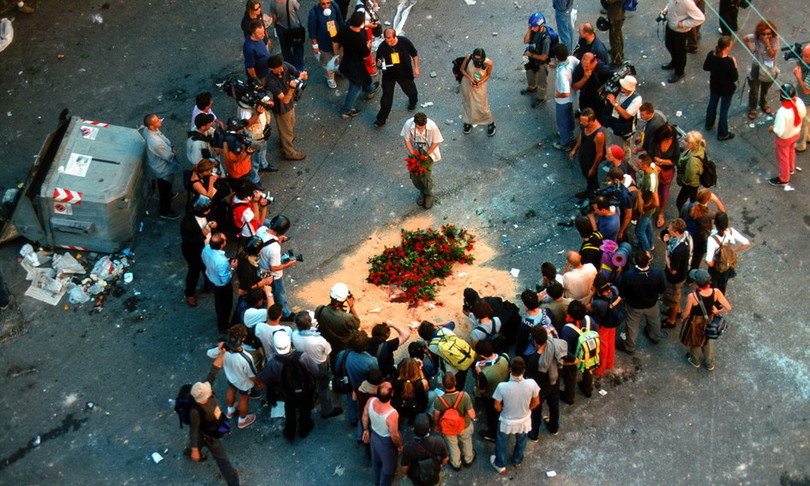 ` – Neither those who shot, nor those who demonstrated against the G8 with a fire extinguisher in hand six meters from him, have never been in prison- Neither Mario Placanica, auxiliary carabiniere acquitted of murder, nor Carlo Giuliani, a boy who remained a boy because he died on 20 July 2001- But one of the two says he ended up in the same- In a prison more lonely and darker-

“I am dead since that day like Giuliani- I am a 40 year old man who lives thrown away like an abandoned thing- Without friends, I look for them on Facebook but I can’t find their names anymore- Jobless- Without outlets “-

Reached on the phone by the ` in his home in Catanzaro, Placanica apologizes for the hoarse voice, which, when he talks about his current condition, turns into tears: “I smoked all night because I couldn’t sleep- These are even more difficult days ”-

The story of a motionless and ‘silent’ life shrinks compared to the sirens of Piazza Alimonda, the blows that explode, the images that terrified the world, a prelude to the sound of batons on the bones of the night at Diaz- The former carabiniere, then employed in the land registry for a few years, is in a wheelchair, after a car accident-

“The only distraction I have is watching my uncle that water the plants at 4:30 in the morning- What do I have to do? I have not worked since 2014- I was in the ranking for a position at the Ministry of the Interior but then I was declared incapacitated- And from inabile, unlike a civil invalid, I cannot have a public employment- I’m good with the computer, even if now as well the view is leaving me– My eyes burn because I spend too much time in front of the screen ”-

“I shook hands with Carlo’s father”

For a while he was in the community, “my parents put me there to help me get out of depression, I felt a little better”-

Then the prison reopened, and the pain for the disappearance of his father also entered: “He died last year, very young- In the following days I waited for a representative of the state to show up, any one– To tell me: “Mr- Placanica, do not worry, we are with you ‘- It was enough for a municipal policeman to ring as well- I suffered so much that no one knocked ”-

On Carlo Giuliani, on his family, on their pain Placanica expresses himself clearly, sharply: “What happened at the G8 was a very bad thing, we were two guys who brought different ideals, but two guys- I served the state, Giuliani demonstrated- I suffer thinking of Carlo, he was 20 years old like me- I met Giuliano (Carlo’s father, he calls him by name, ed) twice, by chance or perhaps because he had organized his wife, at Termini station- We shook hands- But I feel I have a duty to meet my mother too ”- “To apologize, but not because I’m a murderer – he underlines — I’m not- I thought it was impossible to defend myself and fired two shots in the air- I didn’t realize what was happening, I was 20 years old ”-

“I would love to go back to work”

An expert opinion has established that one of those two bullets would have been ‘deflected’ by a rubble, piercing Carlo Giuliani- The investigation into him closed early, it never became a trial- “Many trials have been held on the G8 but there are some guilty who have never been found and never gone to trial and not even identified in all the committees of inquiry in Parliament- They are people still in the weapon, they are the ones who knew and have been silent for 20 years ”-

At the bottom of his prison, the ex-boyfriend who shot, and who now says “I don’t like one day in my life”, still feeds on a veil of hope- “I would like to turn around a bit to talk about this book and I would like to work- I would very much like someone to help me get out of here by giving me a chance ”-