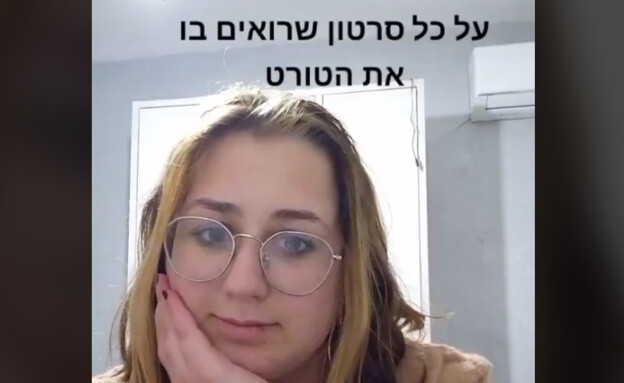 Sometimes, the worst things in our lives become our greatest pride. I wish someone would have said that to me back then in fifth grade, the day my voice tics first started.I am Sivun and I have Tourette’s Syndrome, a neurological syndrome that causes uncontrollable and involuntary movements and sounds called ‘tics’. The syndrome usually begins in adolescence, although it can start later. It can pass during adolescence, but sometimes lasts a lifetime. It exists in 1% of the population.

When I first found out about the syndrome, I had a hard time digesting the thought that I was stuck with annoying sounds and disturbing movements. If I had a hard time, other kids would have an even harder time digesting the fact that I do not control the sounds I make out of my mouth. From sixth grade to ninth grade they didn’t talk to me, I was “weird” with the uncontrollable voices, even when they talked to me it was usually out of pity at best or calling insulting names at worst.

Tics increase due to stress, and negative emotions. They relax following positive emotions like calm and joy. So the environment I was in, was very bad for my tort and only made him stronger. From a girl who always talks to everyone I became a very shy girl, I hid and ran away from the syndrome and the tics. Although it was impossible to hide the tortilla, I tried every possible way so they would not know I had the syndrome. When people asked me “what are these voices”, I tried to excuse myself and say things like “oh, it’s just a cold”.

In ninth grade I decided to try again to “make friends” with my syndrome. Accept her, and the reality and the fact that I am with her now and there is nothing to do. So I started giving lectures on the subject. I gave a lecture to my class, it was the first time I stood in front of someone and explained to him about a tort. While the situation did not change after that, people seemed to finally understand what was the reason for the voices and movements I was making, and why I could not stop them.

I saw that the change would not come from my school, so I decided it was time to move on from school. In the middle of ninth grade I started the process of moving school and in tenth grade I got to high school in a new city, where I did not know anyone.

I arrived dead scared, I knew it was my last resort to love my tortoise and get it. My teacher put me last in a round of names so I could tell everyone about my tort. The round was scary but I was able to talk and explain about the tort, very small but that too is something.

Of course the students did not really understand where I landed on them with the syndrome and what it means at all, but no one said anything bad and that was a start. I also introduced myself in my first lesson in the major. Some girls came to ask me questions and were really interested in Torte and wanted to know more. So I talked to them and told them more. They were really nice and really wanted to know more, it was new to me and it made me happy.

I was not used to people wanting to know more and willing to hear and ask questions, and I suddenly realized I was interesting! I’m not scary or weird, I’m interesting.

I started to develop a little more self-confidence and learned more about the tort and myself. And I started delivering my lectures all over the country, so that any kid with a tort who is as scared as I am of his syndrome will feel a little more confident.

“From the moment I started talking about the tort and explaining it, people started to understand and respect”

In 2020 I found out about Tiktok and how amazing the app is. It has everything in it, from funny videos to serious and educational videos. And I saw it as an opportunity to talk about my tort. I made a number of videos where I talked about the tort, and none of them really worked. I deleted them and tried again. Until one video was successful, it received about 350,000 views. And without even realizing it, everyone saw the video.

I was afraid there would be bad reactions, but people were supportive, understanding, and wanted to know more. They asked a lot of questions and I answered everything. The videos I answered questions also got a lot of views. I decided to go on with my page and talk about the tort, and from there it’s all history.

In the summer I participated in the “Why It’s Good” program, where I talked about my ticking and my dealings with Tourette. The program made me rethink the way I teach people Tiktok and always try to improve my content. I hope I will continue to learn and improve as the program has taught me.

I’m finally what I wanted to be when I was a child, a woman who accepts herself and her syndrome. I have a page in Tiktok today with lots of followers, I participated in the program to explain and teach, and I have friends who understand my syndrome. From the moment I started talking about the tort and explaining about it, people started to understand and respect.

So why was I so scared of my tortoise? Today it is very difficult for me to answer this question, because the truth I do not know. It’s true that to this day I am sometimes a little ashamed of a tortoise but today it is my greatest pride. I am a woman with Tourette Syndrome and I am the happiest I can be.