Neymar, ‘partying’ in Paris after suffering a severe injury 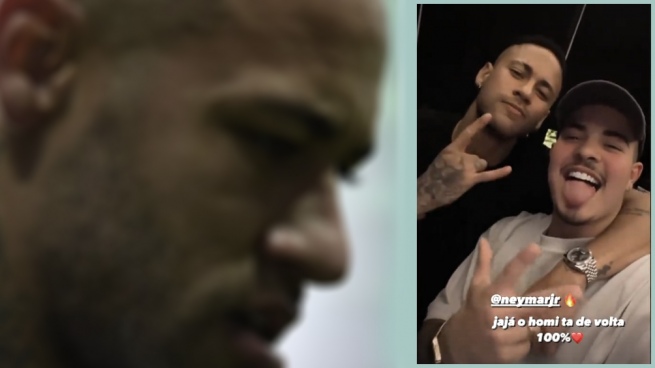 The Paris Saint Germain forward received a visit from the Brazilian singer at his home Jottape, with whom he shared a night of “music, shisha (water pipe) and poker”, highlights the Spanish newspaper Mundo Deportivo.

Jottape published images of the meeting with the Brazilian footballer on his Instagram account, around 6:30 in France.

“This party once again puts the attacker in the eye of the hurricane. And it is that his fame as a ‘night owl and partying’ has accompanied him throughout his entire career. Even so, Neymar himself has confessed on more than one occasion that it is something he will never leave: ‘The party is an opportunity to relax, to enjoy. It is something I will never give up, ‘”says the article in the Catalan newspaper.

Neymar, 29, hopes to know this Monday the definitive diagnosis of his injury, which will surely not allow him to play until next year.

According to preliminary studies, which will be deepened in the next few hours by the PSG medical service, the paulista will have a rehabilitation around six weeks, which could make you lose up to six games between Ligue 1 and the European Champions League.

“Unfortunately, these setbacks are part of the life of an athlete. Now you have to lift your head and move on. I’ll come back better and stronger“he wrote on Instagram after the game.

Neymar suffered a severe twist to his left ankle when he fell to the ground after a fortuitous play in which he tried to elude an opponent. With gestures of pain and tears, the Brazilian had to leave the field of play on a stretcher and later withdrew from the Saint-Etienne stadium on crutches.