A slap after the handshake chokes the young tennis player Kouame 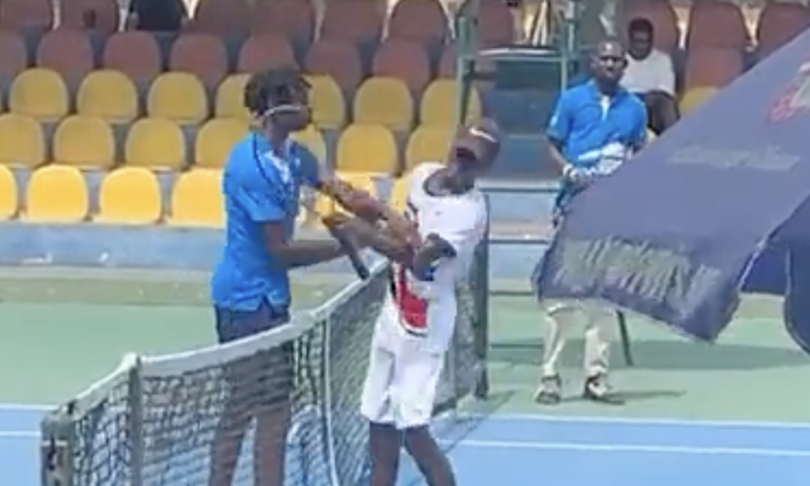 A really bad gesture, never seen before: in the under-18 tournament of Grade 5 in Accra, Ghana, the handshake at the end of the game turned into a slap. The protagonist was the fifteen-year-old Frenchman Michael Kouame, n.606 of the ITF Junior Ranking and first serious head of the tournament who, defeated by the 16-year-old Ghanaian Raphael Nii Ankrah 6-2 6-7 (5) 7-6 (5), waited for him at the net and shook his right hand and then slapped him with his left.

The video, as SuperTennis reports, is going around the world and the sanctions will come for sure.

Among the many comments that the story is arousing sobering is that of Patrick McEnroe, John’s brother, himself an excellent professional, then Davis Cup captain and now commentator for CNN and ESPN. “Were you convinced that the lack of decided interventions by AtpTour in certain situations did not count for anything? Think about it”, is the gist of his thought that implicitly refers to the recent sanctions against the excesses of Zverev in Acapulco and Kyrgios in Indian Wells and Miami, considered too bland by the youngest McEnroe. A position that does not see him isolated.