Tyson Fury helps a boy without arms and legs 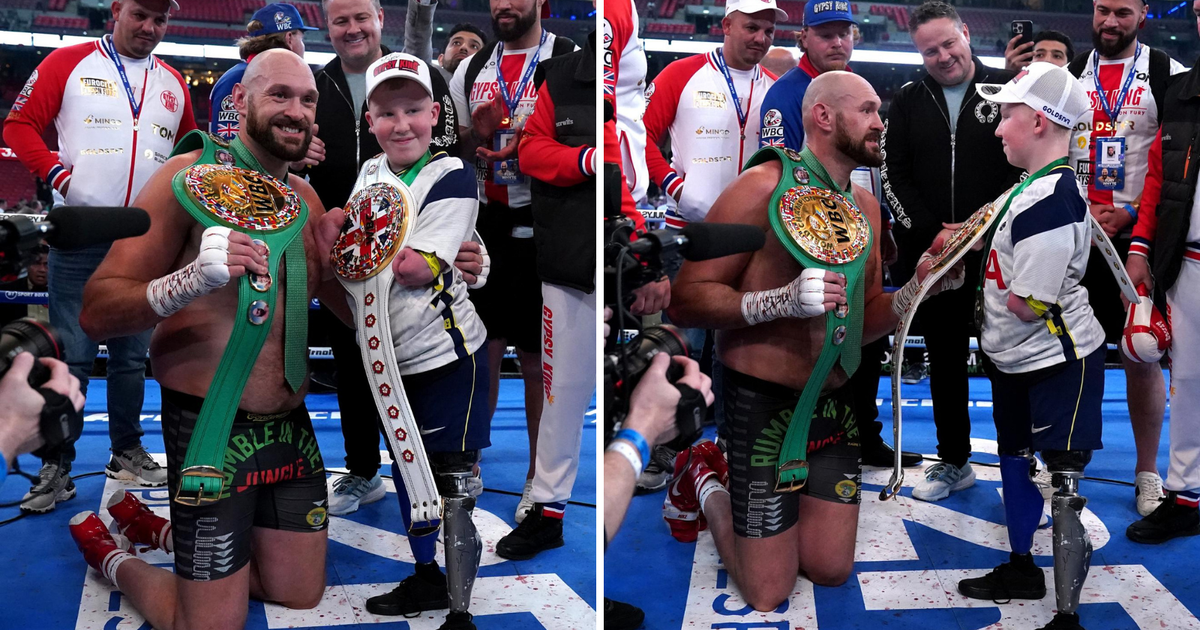 British boxer Tyson Fury (32-0-1) defended his WBC world title by knocking out his compatriot Dilliana Whytea (28-3) with an uppercut in the sixth round in front of 94,000 spectators at Wembley in London.

Whyte made a fatal mistake and stepped forward with an open guard and ran into Fury’s hellish uppercut who remained undefeated in his career.

A boy without arms and legs came to congratulate the Briton in the ring, which was the most emotional moment of the evening for many. Namely, Marshall Janson (14) and Fury allegedly met last week, and he came to the ring at the boxer’s invitation.

According to The Sun, the boy had his legs and arms amputated in an operation that saved his life after he contracted meningitis at the age of one. The boy raises money for a prosthesis, and Fury promises to help him.

According to an ITV report, the boy needs a new pair of prosthetic limbs every year until he turns 18. The first prosthesis for the legs cost 11,500 euros, and for the hands 16,850 euros.

– He will bring me a belt in the ring, we will raise money for his hands – he said then, and after the fight he welcomed the boy in an embrace after which they were photographed.

Marshall is a big Spurs fan and wore a Tottenham jersey. As an eight-year-old, Dembele took him out on the pitch during the half-time clash with Southampton in 2016.