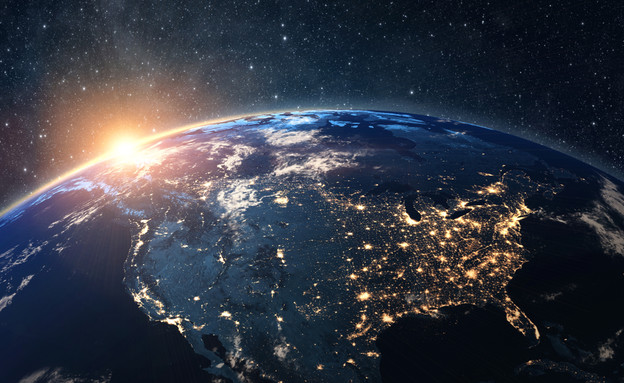 “The backbone of the Internet is a continuous and continuous pace of time”: The scientific community is concerned that if the trend continues, they will have to reduce a second of international atomic time – something that has never been done and may cause problems across the web

Scientists claim that the Earth’s rotational speed has increased in recent years and if the trend continues, it may cause a problem in the modern age. The scientific community has recently revealed that the rate of rotation of our planet has increased over the past 50 years and if the situation continues like this, scientists may be forced to reduce in the future a second from international atomic time.

Peter Weaverly, a scientist from the UK’s National Laboratory of Physics, says the Earth’s rotational speed has changed throughout history – when a million years ago it orbited it 420 times a year, compared to 365 times today. Despite this, scientists are adding a second to the International Atomic Clock every 18 months since 1972 due to slight changes in rotational speed, in order to give the Earth time to regain the correct time.

If scientists do indeed reduce a second of international atomic time, this will be the first time in history that such a thing happens. The idea came up over the past year, when experts noticed that days were shortened by an average of 0.39 milliseconds compared to 2020.

The Earth’s rotational speed is measured by the International Earth Rotation Measurement Service (IERS) which does this using laser signals sent to satellites in space. Scientist Jude Levin referred to the planet’s rotation speed in a conversation with Discovery magazine and noted that it is not yet certain that they will reduce a second from international atomic time. According to him, tests conducted in the past year have suggested that the rate of rotation may have slowed down recently.

“It is very difficult to estimate the speed of rotation of the earth,” Levine noted. “No one understood what caused the slowdown in the last year, compared to the acceleration since the 1970s.” Meanwhile, Weaverly argued that if the acceleration trend continued, they would have no choice but to reduce a second of international atomic time – which could create problems in various electronic systems.

Satellite explains that high-tech companies and communications and Internet giants rely on continuous measurement of time during the day. He explains: “The backbone of the Internet is a continuous and continuous pace of time. In fact, when the time sequence is not uniform, the entire flow of information on the web can simply collapse.” Despite this, he is quick to reassure and argues that the accelerating trend is not necessarily such a big disaster.

“Whether the Earth’s rotation speed slows or accelerates, this is not an abysmal change,” Levine said. “It’s not supposed to be such a big hassle because in the end, it’s about adding or subtracting about one minute every 100 years.”