Egypt: In front of passers – by, A man murdered his sister’s rapist 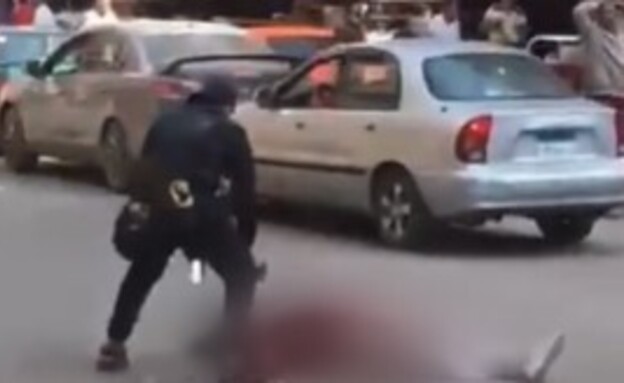 The story comes from Egypt, where in the middle of a main street and in front of everyone, a man pounced with a knife on the man who allegedly raped his sister. “He stabbed him hundreds of times, he was insane,” said women who witnessed the tragic incident

A violent incident was recorded in the Egyptian city of Ismailia, where a resident of the city in his thirties murdered a man with a knife stab, in front of passers-by on a main street.

According to a preliminary investigation, the murder suspect heard from his sister that the neighbor living next to them brutally raped her while she was home alone. The brother, furious at what she had said, immediately decided to embark on a journey of revenge and searched for the neighbor in question.

For a few hours the brother wandered the city streets, until he located the man in the middle of a main street. According to witnesses who were at the scene, he pulled out a long knife and in front of passers-by stabbed the neighbor repeatedly on the road and began to dissect his body.

None of those present dared to approach him and tried to stop him, fearing being harmed themselves. However, many car drivers stopped their vehicles and tried to get the man to stop by sirens and shouts.

“He started cutting the man’s head,” eyewitnesses told police who arrived at the scene, “he stabbed him hundreds of times. Drivers honked at him but no one dared approach him. We were afraid he would hit us, he was insane.”

The police, who arrived at the scene minutes after the murder, immediately arrested the murder suspect. He was taken to the police station, where he confessed to the act. He said the man raped his sister and therefore murdered him in revenge to protect her honor and the dignity of his family.

Egyptian law enforcement has opened legal proceedings against the suspect and he will be charged with murder.