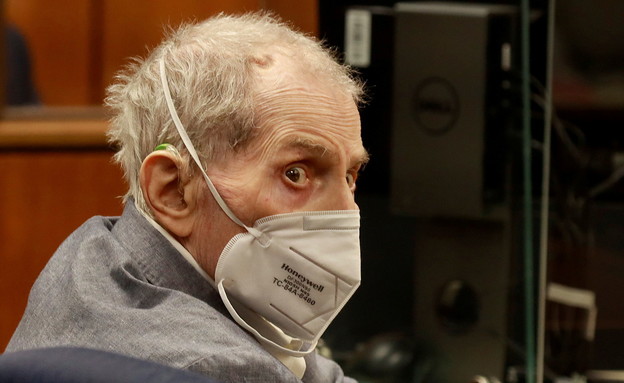 The curse of the “Jinx”? American millionaire Robert Durst, who was convicted of murdering his girlfriend and sent to life in prison, died today (Monday) of a heart attack, at the age of 78, at the hospital where he was hospitalized as a prisoner. “We understand that his death was due to natural causes related to medical problems,” Durst’s lawyer said.”His health has been failing for some time,” his lawyer told ABC News. “At the end of last year he was connected to a respirator after being found positive for corona. He is also battling bladder cancer.”

Durst’s trial caused a stir mainly due to the way he was caught, many years after the act: he was convicted of murder after he mistakenly admitted it while filming the docu-series “The Jinx”, and was recorded without his knowledge. “What the hell did I do? I killed everyone, of course” – he murmured to himself while he was in the bathroom. The same documentation led to the conviction of the murder of his good friend Susan Berman in 2000.

Robert Dorset, 78, is a descendant of one of the richest and most influential families in New York. Hours before the final episode of the documentary aired, authorities arrested Dorset in New Orleans following Berman’s murder. The same video that was shown on television was also played during the trial against him. Three months ago Durst was found positive for Corona – and connected to the soul.

Murdered Susan Berman was a crime reporter who served as Dorset’s spokeswoman while he was suspected of his wife’s disappearance. Berman was found shot in the head at her home in the upscale neighborhood of Beverly Hills, on suspicion the reason for the murder was to prevent her from talking to police.

The prosecutor called the 78-year-old Dorst a “narcissistic psychopath.” His brother, Douglas Dorset, also testified at the trial and told the judges: “He will be happy to kill me.” The BBC reported that he would probably die behind bars. Prosecutors claimed that Dorst actually murdered 3 people. The third person was an elderly neighbor named Maurice Black, who discovered Dorset’s identity while hiding in the state of Texas in 2011, but Dorset managed to come out guilty in this case – claiming he killed him in self-defense.