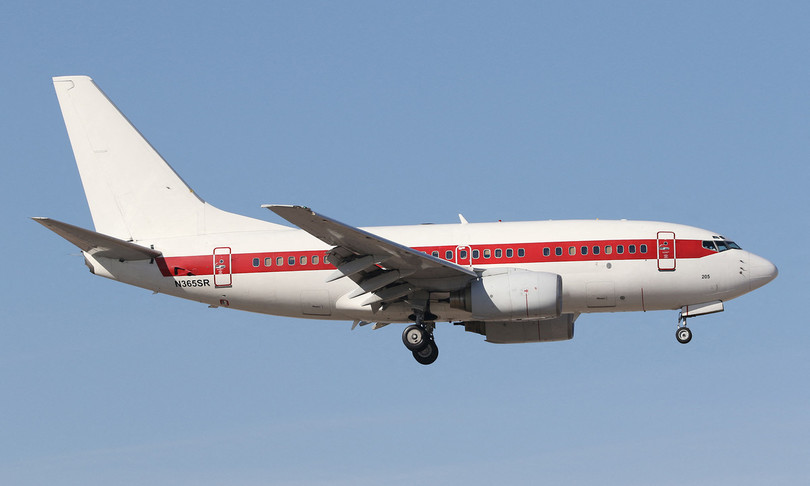 In America there is an airline that does not sell tickets, does not communicate the list of its passengers and whose destinations do not appear on the billboards. Yet it has been around for fifty years, its flights appear in air traffic monitoring and its aircraft are not at all hidden from view. It doesn’t even have a name but by now we are used to calling it ‘Janet Airlines’ from the word that its highly selected pilots use as a call sign.

Some say it is an acronym for “Just Another Inexistent Terminal” (“just another non-existent terminal”) or a more prosaic “Joint Air Network for Employee Transportation”. . And these are certainly not the most imaginative theories arising from the mystery surrounding the operations.

Most flights depart from McCarran International Airport in Las Vegas, in an area away from commercial runways but visible. Near there is a larger operational military sector than Sicily of which one of the main destinations of the enigmatic vector is part: Area 51, a designation well known to anyone who is even superficially acquainted with the most famous conspiracy theories. It is in Area 51 that it is said that the body of the alien is preserved which, on 2 July 1947, would have crashed in Roswell aboard a UFO.

It is in this slice of the Nevada desert that, according to some conspiracy enthusiasts, that landing on the moon was filmed which – they say – would never have happened (but the most popular version, the one where Stanley Kubrick appears as director, claims that the set was Norton Air Force Base in San Bernardino).

The “Janet Airlines” has therefore made many conspiracy theorists fly on the wings of the imagination. The secrecy surrounding its activities has led many to believe that those aircraft carry “men in black” engaged in studying the secrets of extraterrestrial life or experimenting with technologies from other worlds, keeping humanity in the dark. Or that, from time to time, they carry the aliens themselves.

On the other hand, it is quite plausible that “Janet” transport military personnel engaged in super-secret operations. For what little is known after the declassification of numerous CIA documents in 2013, Area 51 hosts confidential tests on aerospace technologies.

The few other destinations of Janet Airlines are also dedicated to the testing of weapons and training: Edwards Area Force Base, China Lake Naval Station, Air Force Plant 42 and Area 52, in Utah, where, according to some more recent conspiracy theories, all evidence of the existence of extraterrestrials once kept in Area 51, now “burned”, would have been displaced. And it is in Utah, in the office of Hill Air Force Base in Layton, according to official documents, that the airline would be registered to operate nationally.

What little is known about Janet Airlines is that it has a fleet of 11 aircraft – six B737-600 and five Beechcraft 1900 and 200C – that take off and land (but without turning off the transponder, as the most imaginative would like) always at the Gold Coast Terminal. , away from the shopping area. The aircraft’s fuselage has only a red or blue stripe running from end to end, with no logo or inscription. There is only the registration number printed on the queue.

According to the specialized site Jalopnik, when planes take off from Las Vegas, they communicate with the McCarran control department via a call sign called “Janet 210” or “Janet 301”. But, once in the air, flights to Area 51 are registered with Nellis Air Force Base, which oversees airspace in southern Nevada.

Having flown over the narrowest airspace on the planet, the flight changes frequency and call sign. Thus “Janet 210 or” Janet 301 becomes “Racer 25 or” Bones 58, as appropriate. The US Air Force has never confirmed that it owns the airline. There are those who argue that the technology company Aecom is managing it and, in 2018, published a job offer for pilots on its website.

The main requirement, explains ‘La Nacion’, was that candidates give clearance to operate at a “top secret” level of security and accept “thorough investigations” into their personal and family history. Conditions that are not imposed by any commercial carrier and that have raised suspicions. But, once again, no official denial or confirmation has come. The mystery continues. The only sure thing is those unregistered planes that come and go from the most secretive military bases in the United States.

The US message to the UK: “Unable to defend yourselves”