Insulted Erdogan and was arrested: a journalist likened the president to a beast 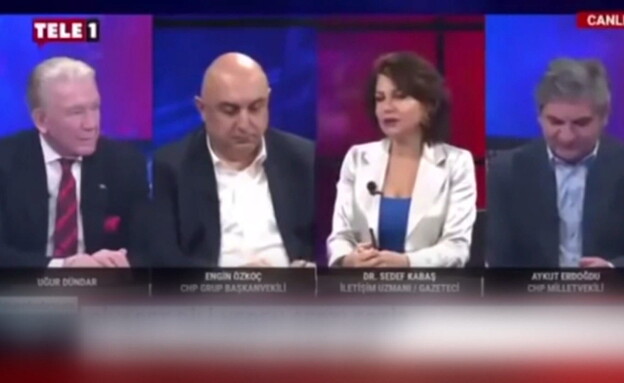 Expression and entanglement: A Turkish journalist named Sadaf Kabash has been detained for two days in a local prison after comparing Turkish President Erdogan to a beast. At this stage she is not expected to go under house arrest and will remain in her current detention until the trial in her case. If found guilty, her sentence could range from one to four years in a Turkish prison. Kabash, for her part, claims that she did not intend to offend the president.

“If Recep Tayyip Erdogan turns around and takes a moment to look at his political past, he will see that this country, this people, this nation, has given him a lot of opportunities,” Kabash said live on local media. “There is a famous proverb that says, ‘Whoever puts a crown on it immediately enters the role,’ but we see that this is not the case. There is a completely opposite proverb that speaks of … I do not want to say the name of the beast, let’s say … ‘When an animal with “A great head enters the palace, he does not become king, he turns the palace into a barn.”

Erdogan was elected to office about seven years ago. At eight, he initiated a law that to this day prohibits insulting the president. Since he took office, about 170,000 complaints have been filed on the subject, about 35,000 of them have gone to court, and about 13,000 have ended in journalist convictions. The latest arrest takes place “on the spot” a year before the local elections in Turkey, with the intention of intimidating journalists and causing mouth-clogging. This is so that there will be no criticism of Erdogan’s faltering local economy and failures, as part of his desire to run for office again.