Where the NATO forces are deployed in Europe 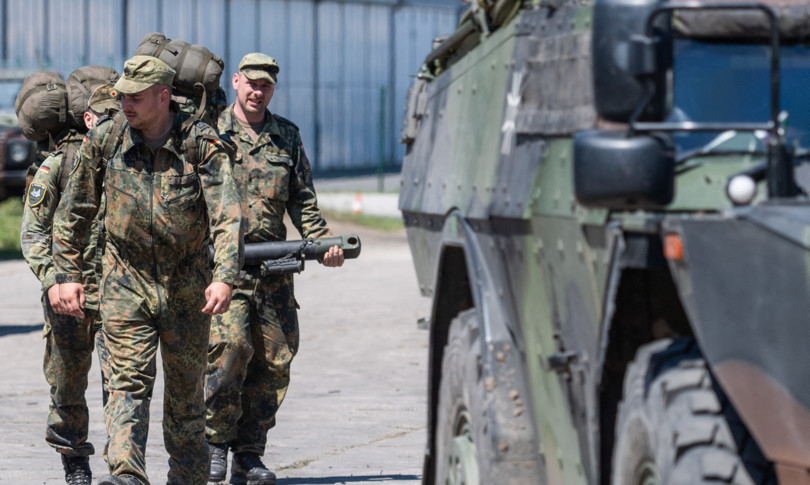 Before 2014, NATO did not have an armed presence on its right flank. To change the picture that year was the Russian annexation of Crimea, which prompted the alliance to question its capacity to deterrence in the face of an increasingly assertive Kremlin. The turning point came with the Warsaw summit in July 2016, when the establishment of four battle groups in Estonia, Latvia, Lithuania and Poland was decided.

It is these trainings, which became fully operational in July 2017, NATO contingents ready to fight in the event of a large-scale aggression against Ukraine. Backed by air forces and intelligence and surveillance units, the four battle groups are made up of a total of over 4,600 troops from more than 20 countries and work in close coordination with the armies of the host nations. The Multinational South East Division in Romania, established in 2015 under the operational leadership of the Allied Joint Force Command of Lago Patria, in Naples, must be added to the framework.

The architrave of the European defense system is then the NATO Response Force, with 40,000 strong personnel that can be mobilized quickly. Multinational contingent consisting of land, air, sea and special forces, the NATO Response Force has its spearhead in the 5,000 troops of the Very High Readiness Joint Task Force, which can be operational within 72 hours.

Over the years, the presence of the alliance has also increased in the Black Sea, where the Sea Breeze exercise has been held every year since 1997, involving, in addition to NATO, the military navies of Ukraine and Georgia.

The amount of ships and personnel deployed in Sea Breeze has steadily increased over time, to include 5,000 soldiers, 32 boats, 40 aircraft and over 30 countries last year. The Sixth Fleet of the United States often participates in these maneuvers, the protagonist of patrolling operations in the Black Sea, which have become more frequent in recent months, which arouse the wrath of Moscow.

The deployment in the various European countries of the alliance

Estonia: Battlegroup Estonia, based in Tapa, consists of approximately 830 troops under British command. It has an armored infantry battalion equipped with tanks and armored fighting vehicles, artillery, air defense systems and intelligence and surveillance units.

Lithuania: The Battlegroup Lithuania tactical group, based in Rukla, is led by Germany, which supplies about half of the 1,249 military personnel employed and an armored company that includes a mechanized infantry platoon.

Among the other six nations that make up the group stand out Netherlands (270 effective with a mechanized infantry company) e Belgium (199 effective with a mechanized infantry company with anti-tank systems). the integration of an air defense unit of the Czech Republic which already participates with a trained platoon in the fight against electronic guerrilla warfare.

Poland: The Battlegroup Poland tactical group is US-led, based in Orzysz and consists of 1010 troops, including 620 Americans gathered in an armored cavalry squadron, 140 British, 120 Romanians with an anti-aircraft defense battery and 80 Croats with an missile launcher battery.

In the Baltics and Poland, NATO also has an air patrol mission under the supervision of the American base in Ramstein, Germany. The Baltic is also one of the operational areas of one of the four permanent naval commands that patrol international waters or those of allied countries.

Romania and Bulgaria: Bucharest hosts a multinational ground force employing up to 4,000 troops and to which France has recently offered to contribute additional personnel. American troops are stationed on separate bases in Romania and Bulgaria. Alliance countries often send airplanes to help patrol the skies of the two countries.

France: Paris leads the Very High Readiness Joint Task Force: 5,000 ground, air and sea troops that can be fully operational within 72 hours. The contigent, the first of the NATO Response Force to be mobilized in the event of a crisis, is mostly made up of French and German soldiers but has expanded this year to include contributions from Spain, Portugal and Poland.

US troops in Europe

The United States has 74,000 military personnel stationed in Europe, although not all are on active duty. Germany hosts about 36,000, Italy 12,000, Great Britain 9,000, Spain 3,000 and Turkey 1,600. Another 4,500 troops are deployed in rotation in Poland but are not permanently deployed. Most US troops in Europe can be mobilized as NATO troops.

BALKANS About 3,500 troops operate in Kosovo as part of the NATO peacekeeping mission. The countries of the alliance also watch over the skies of the smaller nations of the area: the Slovenian airspace is protected by Italy and Hungary, that of Albania and Montenegro by Greece and Italy and that of North Macedonia by Italy alone.

The ‘Mare Nostrum’ is patrolled by the Sea Guardian mission, launched by NATO in 2001 after the 9/11 attacks. The multinational naval contingent is also tasked with enforcing freedom of navigation, if requested by the allies.

One thought on “Where the NATO forces are deployed in Europe”