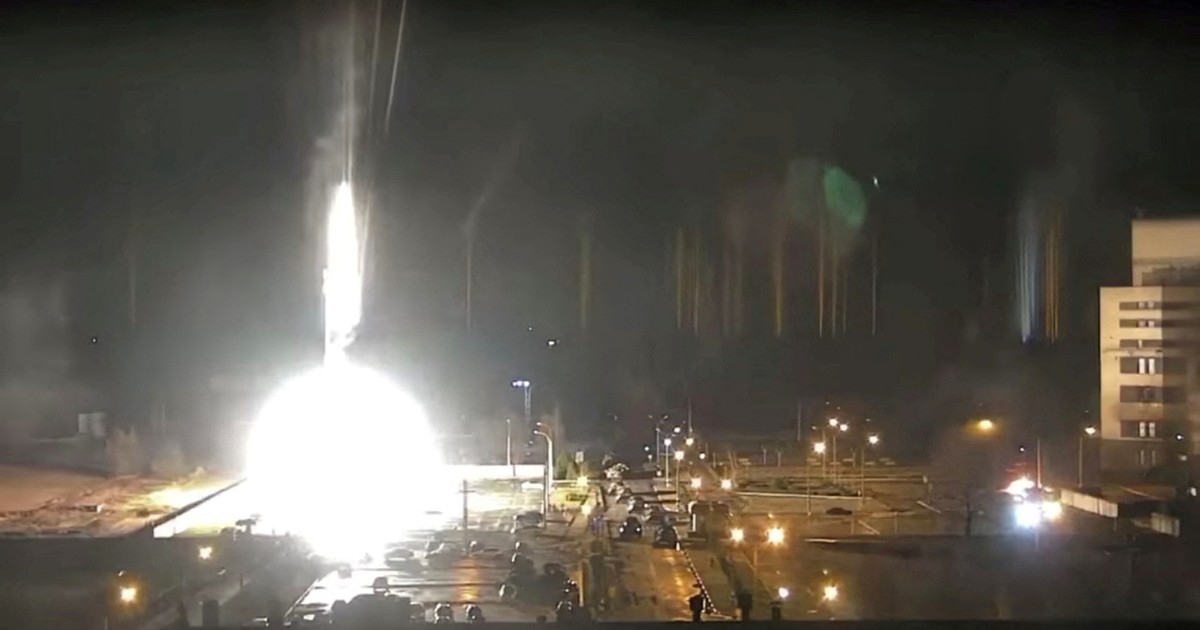 Ukraine has numerous nuclear reactors, including those at the Zaporizhzhia plant, bombed by the Russians this Friday, in an attack that put the entire world on alert.

These facilities are designed to withstand some assaults, but only to a limited extent. And it is unclear what might happen if Russia strikes again at these critical sites.

Ukraine currently has 15 reactors in operation, and they are relatively recent. Is the world’s seventh largest producer of nuclear electricityaccording to data from the International Atomic Energy Agency (IAEA) for the year 2020.

It is also one of the countries that most depends on the nuclear sectorwith 50% of its electricity coming from this energy.

These are reactors of Soviet and later Russian design of the VVER type, with two different technologies, of respectively 440 and 1,000 MW. VVERs are pressurized water reactors.

Six reactors are grouped in the largest nuclear power plant in Europe, in Zaporizhizha (south), hit early Friday by Russian bombing that caused a fire. They were launched in 1984 and 1995.

The plant is “relatively modern” in design, according to Mark Wenman of Imperial College London.

“The conception is very different from the Chernobyl reactor, which did not have a confinement enclosure” to protect the reactor, he points out.

That the country has opted for nuclear energy reflects the fact that Ukraine has significant uranium reserves.

The director of the International Atomic Energy Agency, the Argentine Rafael Grossi, speaks of the attack on Zaporizhzhia. Photo: EFE

In addition, the country also has the reactors of the Chernobyl site, which were stopped after the 1986 catastrophe, the largest in the history of the civil nuclear sector.

Remnants of the Soviet era

Reactor No. 4, in an accident, was urgently covered by a sarcophagus and then by a confinement arch that was completed in 2017. But current reactors are of a different technologyconsidered safer.

The Ukrainian authorities recently detected alza of radiation in Chernobyl but the IAEA estimated that the measured values ​​do not present “any danger to the public.”

The development of nuclear energy in the country began in the 1970s, precisely with the construction of Chernobyl.

“The Ukrainian nuclear industry was closely linked with Russia for many years, and has remained relatively stable during the changes that occurred when the country gained independence from the former Soviet Union,” the World Nuclear Association (WNA) stresses.

This entity estimates that the country experienced “during this period and also later, continuous improvements in operational security.”

The NGO Greenpeace considers that the potential damage in Zaporizhzhia “could result in the radioactive contamination of large European territories for decades, including Russia.”

But, for the time being, the fire on Friday has not translated into no radioactive leak, according to the Ukrainian nuclear regulator.

The new sarcophagus that covers Chernobyl’s No. 4 reactor, damaged after the 1986 accident. Photo: REUTERS

“The main current risk is a loss of the electrical network and the power supply of the plant. In fact, a water and electricity supply is needed to operate the safety systems and cool the reactor core”, emphasizes Karine Herviou , Deputy Director General of the French Institute for Radioprotection and Nuclear Safety (IRSN).

The challenge is to avoid an accident like the one in Fukushima, which occurred in 2011, when the means of cooling were lost after a tsunami.

The Ukrainian reactors have, for their part, emergency systems with four emergency generator sets that normally have fuel to work for 7 to 10 days.

“They also have mobile teams on site, water reserves, to deal with the situation and prevent a degradation of the core,” adds Herviou.

The another risk is direct aggression. The confinement enclosure is designed to withstand the accidental fall of an aircraft.

The reactors “offer certain resistance, but it all depends on what we are talking about. An attack can also affect a different part of the confinement area and create an accident if it falls on the security systems,” the expert clarifies.