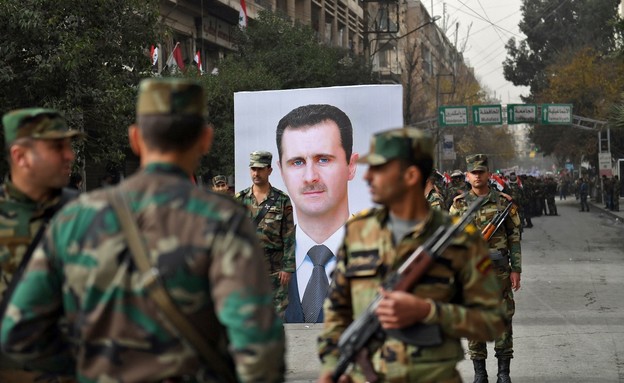 The Wall Street Journal reports this morning (Monday) that the Russian military has begun recruiting Syrian mercenaries for the war in Ukraine in recent days, according to four senior U.S. officials. According to the report, Russia is recruiting mercenaries with advanced skills in the war in built-up areas, presumably to assist in the war and the occupation of the major cities, including the capital Kyiv.

At this stage it is not clear how many Syrian fighters Russia has recruited, but it has been claimed that due to its involvement in the civil war there since 2015 – it enjoys access and the ability to recruit those fighters. Various sources estimate that the news may indicate the possibility of a significant escalation in the war in Ukraine – and Russia’s willingness to soon occupy Kyiv and the rest of the major cities. This is after Russia has so far refrained from bringing infantry forces into the big cities.

The Syrian press reported that Russia last week offered Syrian mercenaries ranging from $ 200 to $ 300 for joining the fighting in Ukraine for a period of about 6 months in “security” positions. According to the report, the Russians turned mainly to Syrian fighters who fought in the civil war in Libya. In 2020, the Reuters news agency reported that hundreds of Syrian fighters had fought in Libya.

The report is further evidence that Russian involvement in the Syrian civil war is aiding Russia’s military goals. Beyond that it has been reported in recent days that many of the Russian Army fighter pilots have accumulated many hours of flying and attacking in the skies of Syria.

Russia often recruits foreign combatants to its ranks in the war in Ukraine, and in addition to recruiting Syrian forces, Russia also uses the services of Chechen and Belarusian units. According to some reports, Kazakh forces have also recently been put on alert to join the Russian military, after Russia aided the Kazakh government in January in dealing with widespread protests against the regime. This trend may indicate a Russian desire to avoid as much as possible the loss of life of Russian soldiers, perhaps in light of the fear of domestic criticism.

More than a year ago, it was reported that the Azerbaijani army had also recruited Syrian fighters, as part of the Caucasus war against Armenia. Meanwhile, tonight the Syrian media reported that Israeli aircraft attacked targets in the Damascus capital area.