Ukraine: 4,000 animals, sedated and in shelters with no chance of being evacuated 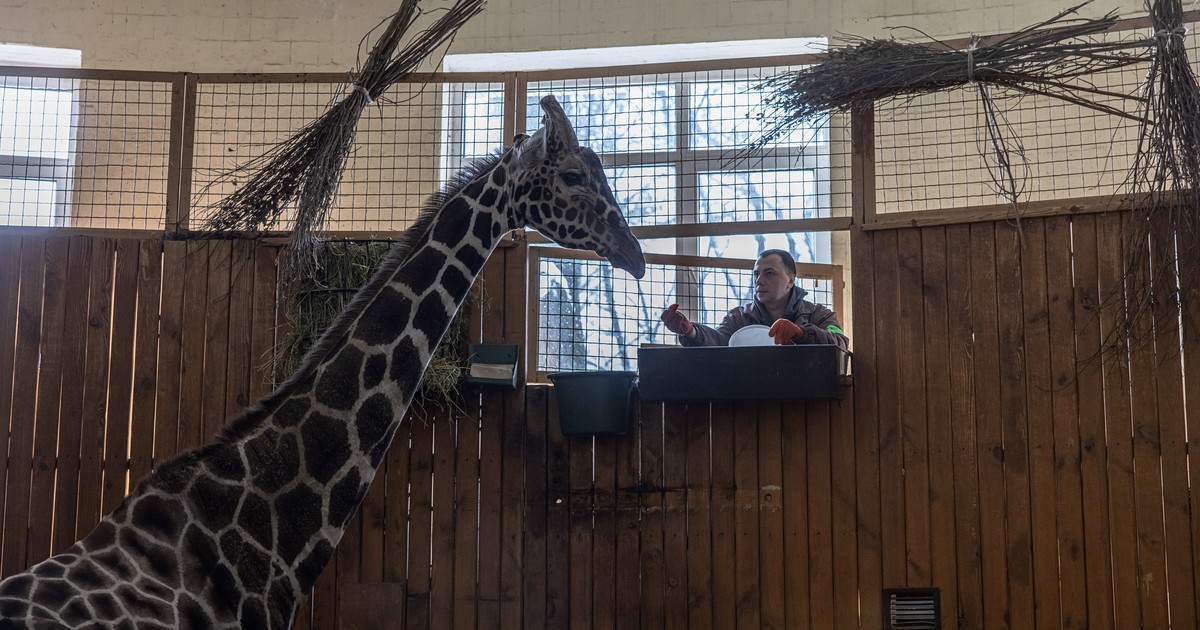 Days ago, the news that six lions and six tigers from a shelter for abused animals near Kiev had finally been evacuated safely to Poland was a relief in the midst of the drama of war. But the zoo in the capital of Ukraine do not suffer the same fate. There 4000 animals they have no chance of escaping.

Unlike the felines that arrived in Poland transported in a truck that traveled nearly a thousand kilometers from Kiev to avoid the Khitomir region, which was bombed by Russian forces, the animals at the zoo do not have an evacuation plan. And they wait sedated and in shelters underground the worst.

The tigers and lions in the sanctuary were barely a small group of twelve cats compared to the gigantic, unmovable contingent of the zoo’s 4,000 animals.

Tiger and lions in the Ukraine zoo, under siege from the Russian advance. Photo: EFE

Still, the truck with the big cats had to stop overnight at come face to face with Russian tanks.

The driver hid in the vehicle while the owner of the shelter, Natalia Popova, had to join the convoy to feed the cats because the members of the escort did not know how to do it, the spokeswoman said.

At the border, the animals were transferred to a Polish truck and the Ukrainian driver returned to his hometown to meet his family.

Crossing the border was also not easy because the Ukrainian administration could not write the documents necessary for the exit of the animals.

The only gorilla in Ukraine, in his refuge in Kiev. Photo: EFE

However, thanks to a recent modification of the procedure of the convention on international trade in endangered species (CITES) and the help of the head of veterinary services on the Polish side, the problem could be solved, Chodyla said.

As well launched a collection funds to care for animals.

For her part, Popova returned to the shelter in Ukraine to take care of her 70 “wards”, including animals that belonged to circuses and others who suffered mistreatment.

The zoo in Kyiv

Iguana and gorilla, neighbors in times of war. Photo: EFE

In the Kiev zoo, caregivers work day and night to care for the 4,000 trapped animals, including elephants, camels and the only gorilla in Ukraine.

On February 24, the zoo closed to visitors due to the declaration of martial law. However, even with the facilities closed, about 50 people have remained in the parkalso at night, to provide care for the animals.

The constant attacks in Kiev are causing them great stress and as a result many of the zoo’s residents have been transferred to underground galleries and interior enclosures for your safety. Keepers have given elephants and other animals sedatives to calm them down during explosions and gunshots.

“It is almost impossible to evacuate the animals, because it is impossible to provide proper veterinary service and transportation,” says Kyrylo Trantin, director of the zoo.

“Is it so terrified by loud sounds but our vets are constantly monitoring his condition,” the zoo wrote on Facebook.

Veterinarians are available 24 hours a day to comfort animals in the face of ongoing attacks in the area. Local media reported that there were almost 50 explosions and multiple machine gun fire in the Beresteika area, where the zoo is located.