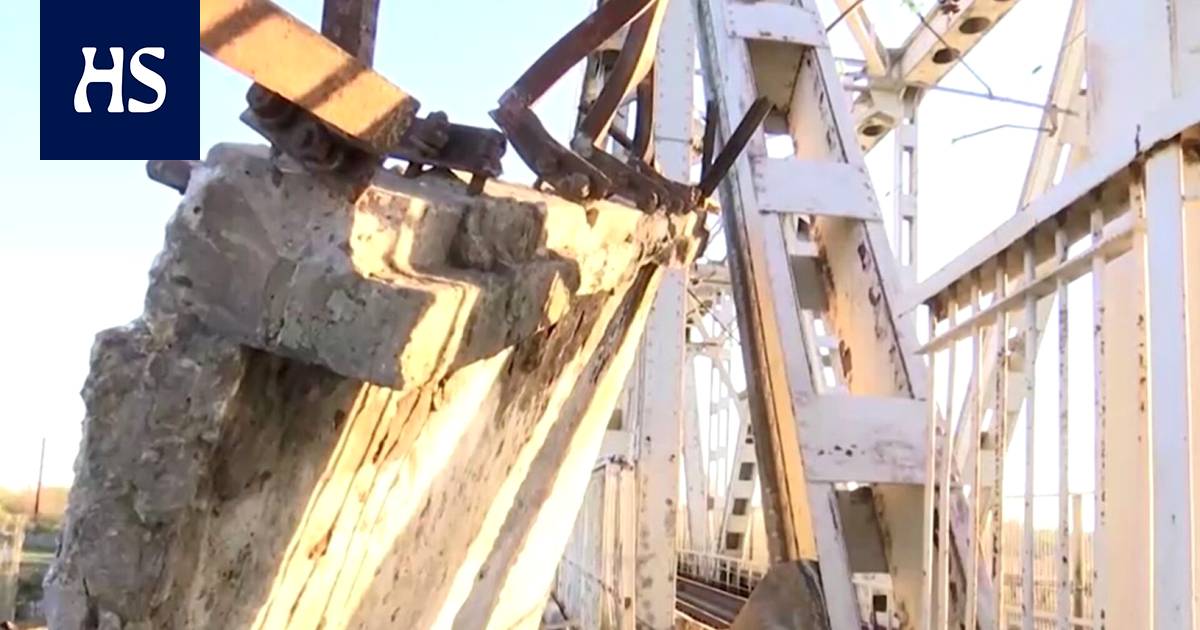 The southern railway connection to Romania was cut off. The attack could make it more difficult to deliver weapons aid to southern Ukraine.

Russia on Wednesday with a missile strike destroyed a Ukrainian railway bridge leading from Odessa along the Black Sea coast to Izmail on the Romanian border. The disruption of the rail link could make it more difficult to supply Western arms and ammunition to southern Ukraine.

The first missile strike on the road and railway bridge to the coastal city of Zatoka was already made on Tuesday. Another blow on Wednesday morning destroyed the bridge and cut off rail traffic, the newspaper said. ZN on its website, referring to information from the defense management of the Odessa region.

Ukrainska pravda According to the magazine, local train traffic in the area has been restricted due to a missile strike.

Odessa-Izmail railway and the road following the shore runs along a stretch of sand separating the inland bay at the mouth of the Dniester. Another east-west road runs across the estuary on the north bank of the inland bay, but this road runs part of the way on the Moldovan side, near the border of the pro-Russian separatist region of Transnistria.

The Budak region in the south of Moldova is sometimes called the “Ukrainian Bessarabia”, after the former name of Moldova. The Russian armed forces have presumably suspected that armed aid from NATO country Romania could flow into the Odessa region via this rail link.

Western and Central Europe countries have begun to supply Ukraine with more robust armaments in recent days. Director of the Janes Defense Institute in the UK Nick Brown stressed in an interview with AFP news agency on Wednesday that at the same time the maintenance and ammunition of weapons systems should be ensured on the front, which is not straightforward.

French researcher familiar with heavy weapon systems Marc Chassillan assesses the importance of the arms assistance promised to AFP. According to him, the latest promises of arms assistance could help Ukraine to end the hostilities for a month or up to a month and a half.