The locals of Bandić’s hometown are still mourning: ‘Milan was here at every party, wedding …’ 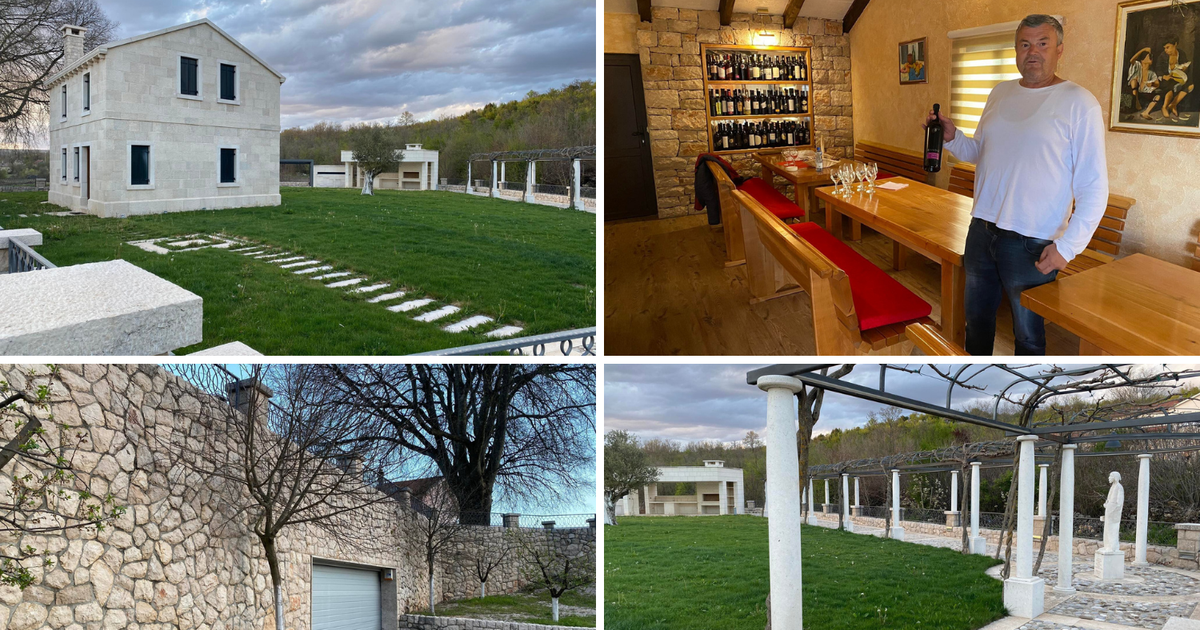 It’s all sad, my friend. Milan would come here every 10-15 days. Not when he wasn’t there. Every party, wedding, every event, he would come here. It’s a sad story. It’s really hard for me to talk about it. We grew up together, we went through a lot together, but what is your life. Today you are, tomorrow you are not. All this is sad, there is no one in this house anymore. While Milan was there, there was joy, but now there is nothing. Sadness, Laćo, a relative of Milan Bandić, told us.

Laćo is a famous baker from the Bandić area, from Pogana Vlaka. The recognizable stone house, imposing in that landscape, stands as a work of art. You can see how everything is maintained and that everything is tidy and clean.

– It’s maintained by a cousin. He comes from time to time and mows the grass, arranges the garden, and there is an orchard that he maintains. Milan’s sister also lives nearby, but it’s sad, my friend. It all remained a stone. There are no more people here. No one will come. He was Milan’s brother once or maybe twice, but that’s it. Milan’s wife was not there, and the daughter did not come for years – adds Laćo.

More than a year has passed since Milan Bandic’s death. While we were doing a report from the earthquake-hit Stolac, we decided to continue to Milan Bandić’s hometown.

Entering the surrounding villages, one cannot fail to notice the splendor of this area. Numerous modern houses, one bigger than the other, are clear proof of how much people invest in property in their homeland. There is almost no one on the road on Sunday afternoon, we just passed rare cars here and there.

Still, we came across a couple. “Good afternoon, we apologize for the inconvenience, maybe one question,” we asked the locals. “Of course, of course, tell me,” the man and woman kindly replied. “We should go to the house of the late Milan Bandic, can you help us,” we replied. “Ah, we’re going in that direction, follow us.” They got in their Mercedes and set off, and we followed them.

We finally arrived at our desired destination. We are familiar with this stone house with a swimming pool on a property around which legal battles are being fought. We saw her in aerial photos, and she is equally imposing live, although at first she is no different from those around her who are also very gorgeous. A man near us asked how good we were here. We replied that we were journalists.

– Ugh, here you go again. Okay, I don’t want to tell you anything, there’s your house, do your job what you need, there’s no one in your house. No one has been coming for a year. That’s all for you – our interlocutor was stingy with his words.

When we explained in more detail what occasion we came for, the host accepted us. And the host was Laćo, Bandić’s cousin.

He took us to his house, to the tavern, where Bandić’s wine is located.

– That’s where we drank, sang and rejoiced. He would come to us, we would go to his house. He was a man of joy. He came to every wedding, to every christening, he loved his family, he loved his people. We went through good and evil, and his mother told him to slow down, slow down and watch out because people are taking advantage of him. His mother kept telling him that, but he kept going. He was like that, he couldn’t stop. He worked all the time, he worked and here he is – Laćo said in a sad voice.

As we look around Bandić’s house from the road we see that the blinds are open, and everything is in place. Even the orchard is decorated. However, there is no water in the pool. As they tell us, there is no dog that guarded the property. He was taken by relatives.

Our next stop was the old birthplace of Milan Bandić. In nearby Cerovo Dolac, on Bandić care. Although Bandic claimed during his lifetime that it was not his property, all acquaintances say that he was the real owner.

The house stands out at first sight. It is built of white stone with a lavishly decorated environment. It was built on the same site as the old house where Milan Bandić was born.

However, the yard was not as tidy as the previous house. The grass has healed a bit, but it can still be seen that someone is maintaining it. We made a circle around the house monitored by numerous surveillance cameras. There is also a large barbecue in the yard, but also an impressive monument to Bandić’s father.

We see commotion in nearby houses, but no one wants to go out. They don’t want us to ask them anything, they weigh us through the window. We made another round and came to the door of the garage where the wine shop is located, but also where, allegedly, were Bandić’s oldtimers.

They are no longer there, as is Milan Bandić.