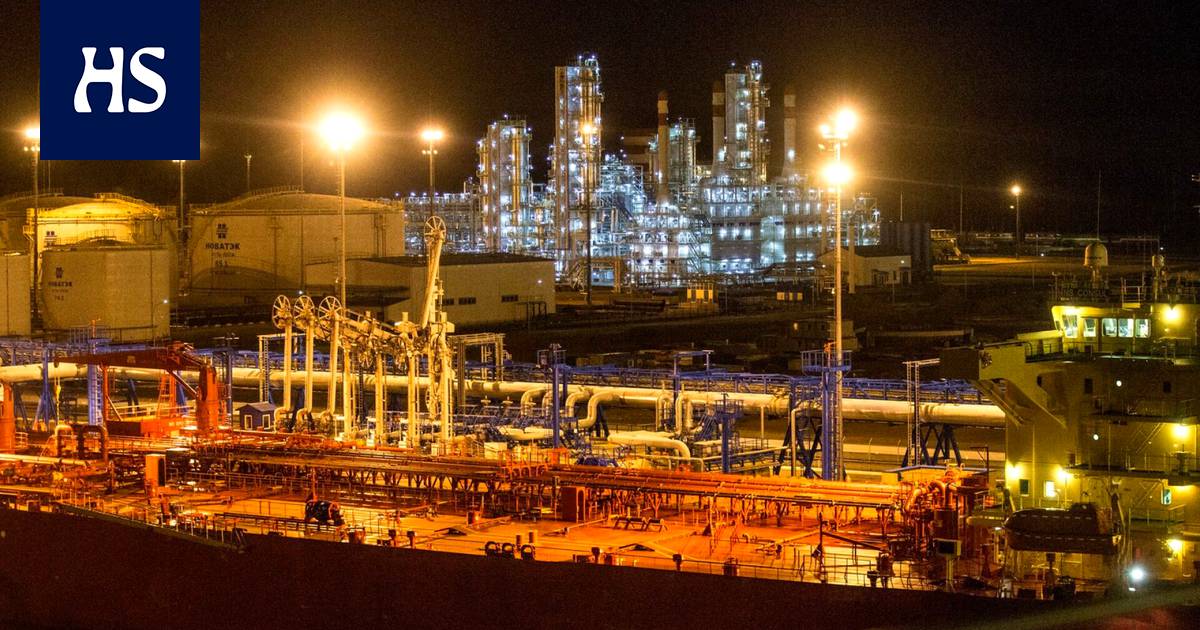 More than half of Finland’s energy purchases from Russia are crude oil. Its replacement is well under way.

Wednesday night On April 6, a guest arrived at the Kilpilahti harbor in Porvoo, which is less and less seen today: the 250-meter oil tanker Rava sailing under the Croatian flag, which brought up to 114,000 tons of Russian crude oil to the fuel refinery Neste’s Kilpilahti refinery. It had begun its journey early in the morning from the port of Koivisto at the bottom of the Gulf of Finland.

Russian or tankers arriving from Russian ports used to be a common sight in Kilpilahti, where Russian crude oil in particular has been refined for decades. This changed when Russia invaded Ukraine on 24 February. Four days later, Neste announced plans to replace Russian crude oil from other sources.

Before the war broke out, an average of six tankers from Russia arrived in Finnish ports a week, now about one a week. Ships in Kilpilahti are increasingly arriving from Norway and the Netherlands, for example.

For Neste, the decision was significant. Last year, two-thirds of the crude oil purchased by the company was of Russian Urals quality, and the share of other raw materials was even higher. The company imported 7.8 million tons of crude oil and other fossil fuels from Russia.

Now, purchases of Russian oil have fallen significantly, though not completely. According to Neste, the replacement has been 85% successful.

The company says that since the outbreak of the war, it has not bought Russian crude oil on the day market or entered into new long-term supply contracts, but is bound by existing long-term supply contracts. In contracts, the buyer typically commits to minimum purchases. By the end of July, the purchase of Russian crude oil should end completely, Neste says.

“The remaining supply contracts expire in July for crude oil and by the end of the year for other feedstocks. We believe that substitute crude oil grades can be found on the world market, ”the company states in a press release.

Russian since the attack, Ukraine and many inside the EU have demanded that Europe stop buying Russian energy. In this way, the EU could stifle Russia’s main state revenue stream. Last year, a third and in some years up to half of the state’s tax revenue came from oil and natural gas exports. Oil revenues in particular are vital to the state.

Russia is now benefiting from high energy prices. The war has pushed up the price of oil, and the Russian state’s tax revenue from oil exports is the highest for many years. Gas revenues also remained stable in March. The situation is not changed by the fact that, due to the disappearance of some western buyers, the quality of Urals has deteriorated compared to the quality of Brent in the North Sea. The general rise in oil prices negates this effect.

EU Director for External Relations Josep Borrell told the European Parliament last week that since the war broke out, EU countries have paid Russia € 35 billion in energy, while at the same time supporting Ukraine with € 1 billion.

The steady flow of revenue from energy trade has highlighted the importance for Russia now that other export earnings are declining due to Western sanctions and the state is unable to borrow from Western financial markets.

Secondly, however, the German-led bloc has blocked large-scale EU energy sanctions against Russia. Only coal imports are in this outlook banning from August.

Finland The cash flow from energy trade to Russia is declining rapidly, largely due to Neste’s policy. This is due to the fact that crude oil is the single most important product of Russia’s energy imports and is largely handled by Neste.

Oil and petroleum products accounted for 41 percent of all Russian imports last year.

Since the outbreak of war, imports of crude oil have stalled.

Russia’s share has been more pronounced for crude oil. Aviation and other kerosene, heavy fuel oil and naphtha have also been imported from Russia.

On the other hand, motor gasoline was not imported at all from Russia last year, but mainly from Sweden and Denmark. Middle distillates, which include diesel, were imported from Russia for about one hundred million euros, but accounted for just over a tenth of imports. Most of the diesel comes to Finland from Sweden and the Netherlands. The magnitude of Swedish imports is explained by the fact that Gothenburg has a St1 refinery, which is the main single source of supply for ABC, St1 and Neot, a fuel supplier to Shell’s Finnish service stations.

Of figures behind is an indirect import of Russian oil. An oil product registered for arrival in an EU country may in fact be made from Russian crude oil.

St1 says it does not use Russian oil at its Gothenburg refinery, but Neot also buys fuels from other refineries in the area, such as Norway and Denmark. For them, the company is not able to trace the use of raw materials.

“We depend on what processors publicly say about it,” Neot’s CEO petri call says.

Another problem is the mixture batches moving in the market. When oil or petroleum products from many sources are collected in interim storage and resold, the origin of the product is blurred. For example, Shell, which said it would stop buying Russian oil soon after the outbreak of the war, has outlined that blended diesel is defined as non-Russian if the share of the Russian product in the blend does not exceed 49.9 percent.

Neotin Appel says it does little to deal with raw material traders selling mixed batches, but procures its fuel mainly directly from refineries with which it has long-term contracts.

According to Neste, the commitment to stop using Russian oil “applies to all products from Russia, regardless of the mixing ratio”.

“We buy crude oil from carefully selected operators, we always find out the backgrounds of the operators and we know the origin of the oil,” the head of the oil business Markku Korvenranta says in an email response from the company’s communications.

Oil with the exception of the flow of russian energy to Finland, it has remained largely unchanged since the outbreak of the war. This is especially true for electricity and natural gas, which are the main energy imports after oil. In January – September, natural gas was imported from Russia for EUR 390 million and electricity for EUR 310 million.

Read more: Finland still imports electricity from Russia as if nothing had happened: Russian electricity flows to Finland at the rate of a large nuclear power plant

The flow of natural gas from Russia to Finland even accelerated after the war broke out. Part of the gas flowed through the Gulf of Finland gas pipeline to Estonia and further to Latvia, where there is an underground gas storage facility in the Baltic region.

According to the energy industry, it is precisely in the case of natural gas that the secession from Russia is the most difficult, even though its role in the energy mix is ​​small in Europe. However, natural gas is used as a raw material and energy source in the forest and chemical industries and is difficult to replace.

One of Finland’s largest users of natural gas is Neste. The company has not decided to stop using Russian natural gas.

Neste says it does not have natural gas supply agreements directly with Russian gas producers, but procures natural gas through the national gas transmission network.

“This means that the industry has limited means to directly influence the origin of the gas it uses,” Korvenranta says in an email.

“Liquid can replace natural gas with other alternatives, and we have already actively promoted their introduction in production.”

Last year, a quarter of the gas to Finland came from the Baltics via the Gulf of Finland gas pipeline. Part of this was liquefied natural gas imported by ship to Lithuania. Finland’s first network-connected lng terminal in Hamina is expected to open in October. The Estonian coast is coming new floating lng terminalwhich Finland and Estonia have made a joint decision to lease.

Minister of Economic Affairs Mika Lintilän According to these decisions, Finland is also ready to break away from the use of Russian natural gas.