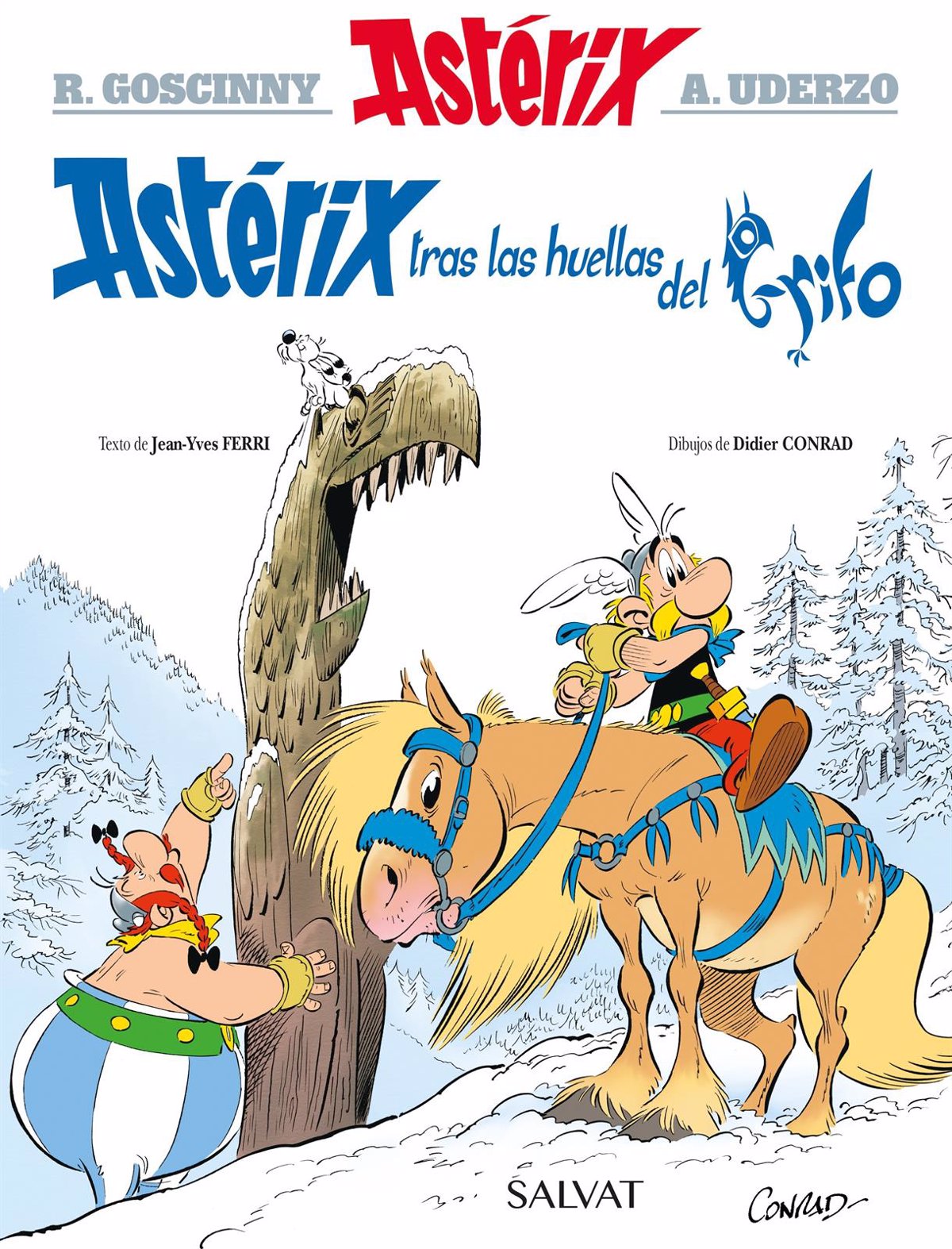 The new installment of the famous Frenchman, on sale on October 21, will be published in 17 languages ​​with a circulation of 5 million

The controversial French writer Michel Houllebecq has been caricatured as one of the ‘evil’ characters in the new installment of Asterix, ‘Asterix on the trail of the griffin’, as confirmed to Europa Press in sources from the Salvat publishing house.

The new book will be published on October 21 in 17 languages ​​and with a print run of 5 million copies for the whole world, according to Salvat, which emphasizes that in Spain it will be published, as is customary, in Spanish, Catalan, Basque, Asturian and Galician.

In this story, Houellebecq will be Terrignotus, Caesar’s geographer and thinking head of this Roman expedition, present on this adventure for the love of science. “They demand cartoons from us on every album! In this character, I am sure you will recognize a great French writer!“said Jean.Yves Ferri, one of the authors, without revealing his name.

In addition to some of the cartoons, this Monday the cover of ‘Asterix on the trail of the griffin’, in which Obélix and Asterix can be seen, the latter on a horse, in a snowy landscape, next to a griffin totem on which stands the famous dog Idéafix.

Among the curiosities that they advance, Salvat explains that there are 6 million emails exchanged by Didier Conrad and Jean.Yves Ferri during the making of the album; 9 the number of fight scenes (figure that must be multiplied by ten to obtain the number of slaps); and 196 the number of liters of fermented mare’s milk drunk by Obelix in this adventure.

‘Asterix in the footsteps of the griffin’ recounts the long journey that Asterix and Obélix decide to undertake, accompanied by Panorámix, on the trail of a mythical animal in a remote territory: the griffin.

Salvat has announced that in this new edition they will not only have familiar faces, but also new very colorful characters will participate.

Among the new characters – in addition to Houellebecq – the adventure presents the centurion Ensusjugus, at the head of the column of Romans sent by Caesar to capture the griffin. “It is a somewhat different Roman character – says Jean.Yves Ferri ., much more stocky and resolute than those we usually see in the series. Devoted to his mission, he despises the barbarian, not realizing that ignorance and superstition are rather in his ranks“.

Meanwhile, Sabiondus is a Venator, a fighter specialized in fighting with animals. “I wanted to make a very charismatic character –comenta Didier Conrad–. To achieve this, I have encasquetado an impressive musculature, covered with an equally impressive tiger skin“.