Reveled: This is how the Assyrians conquered Israel 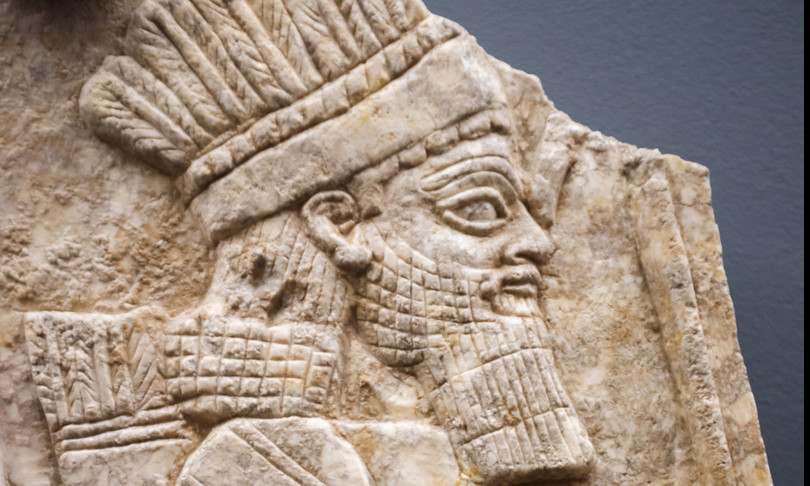 For the first time it was possible to go back to how the Assyrian army built the mammoth siege ramp used to conquer the Jewish city of Lachish in 701 BC. This fragment of human history was reconstructed by a team of archaeologists led by the Hebrew University of Jerusalem and their results were published in the Oxford Journal of Archeology.

The power of the Assyrians

In the past, the Assyrians they were one of the largest superpowers in the Near East, they controlled a territory that stretched from Iran to Egypt. They accomplished this feat with military technologies that helped them win any open battle or penetrate any fortified city. In the 9th-7th centuries BC, the tactical advantage of war revolved around the siege ramp, an elevated structure that carried assault ramps up to the walls of the enemy city and which allowed the Neo-Assyrian soldiers to devastate the opposing structures.

Built in Israel, the Assyrian siege ramp of Lachis is the only surviving physical example of their military prowess throughout the Near East. The researchers drew on a rich number of sources on this historic event to provide a complete picture. The exceptional amount of data includes biblical texts, iconography, Akkadian inscriptions, archaeological excavations, and 21st century drone photographs.

Lachish was a thriving Canaanite city of the second millennium BC and had been the second most important city in the Kingdom of Judah. In 701 BC Lachish was attacked by the Assyrian army, led by King Sennacherib. The analysis by Yosef Garfinkel, professor at the Institute of Archeology of the Hebrew University of Jerusalem (HU), provided a vivid account of the construction of the massive ramp which was built by the Assyrians, so that they could carry rams up to the hill city of Lachish, breach its walls and completely invade the city.

The assumptions on the construction of the ramp

There have been several conflicting views on how the formidable task of building the ramp was accomplished. However, the rigorous method employed by Garfinkel and his team, including the photogrammetric analysis of aerial photographs and the creation of a detailed digital map of the related landscape, produced a practical model that takes into account all the information available on that battle. According to Garfinkel, the tests on the site made it clear that the ramp was made of small boulders, weighing around 6.5 kg each. A big problem faced by the Assyrian army was the supply of such stones, as about three million were needed. Collecting natural stones from the fields around the site would take a long time and slow down the construction of the ramp.

A better solution would be to extract the stones as close as possible to the opposite end of the ramp. “In Lachish there is really an exposed cliff of the local bedrock exactly where you would expect it to be,” shared Garfinkel. Research suggested that its construction began about 80 meters away from the city walls of Lachish, close to where the necessary stones for the ramp could be extracted.

The stones would be carried along human chains, passed from hand to hand. With four human chains working in parallel on the ramp, each active 24 hours a day, Garfinkel calculated that around 160,000 stones were moved each day. “Time was the primary concern of the Assyrian army. Hundreds of workers worked day and night carrying stones, possibly in two shifts of 12 hours each. Labor was probably provided by prisoners of war and forced labor of the local population.

Workers they were protected by massive shields placed at the northern end of the ramp. These shields were advanced into the city a few meters each day, ”Garfinkel described. In the final stage, the wooden beams were laid over the stones, where the rams would be safely placed inside their massive 1 tonne siege engines.

The ram, a large, heavy wooden beam with a metal tip, hit the walls and was rocked back and forth. Garfinkel suggested that the ram was suspended inside the siege engine on metal chains, as the ropes would wear out quickly. Indeed, an iron chain was found at the top of the Lachish ramp. For further confirmation, Garfinkel explained that he is “planning excavations at Lachis, at the end of the ramp in the quarry area. This could provide further evidence of the activity of the Assyrian army and of how the ramp was built ”.