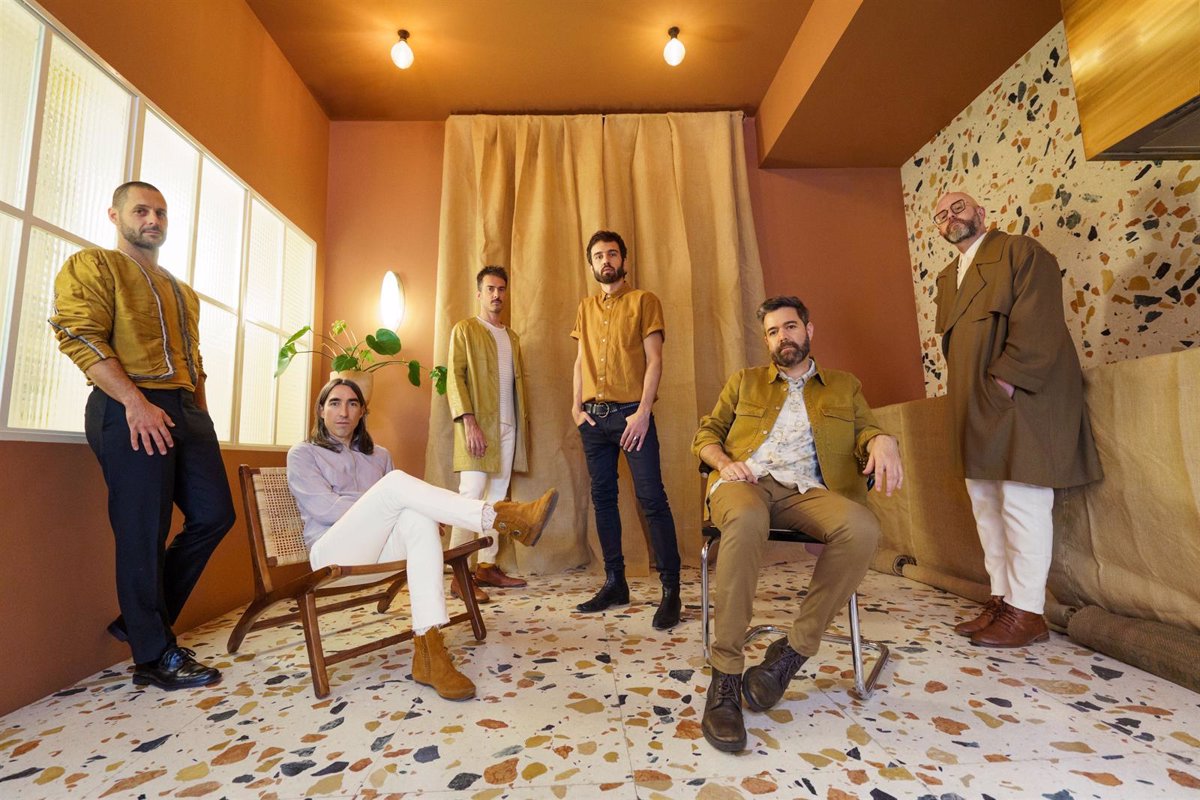 ‘Cable a Tierra’ is a collection of ten original songs in which the group explores the sounds and rhythms of folklore from here and from the other side of the Atlantic, without the pretense of appropriating it, but rather integrating everything in his own sound to create new aesthetic and musical forms.

An exercise in search, deconstruction, inclusion and rebirth of the cultural roots of different places in coexistence with rock, pop and electronic textures.

Taking his lyrics to the maximum exponent, Vetusta Morla portrays and debates on the current concepts of roots, culture of belonging, celebration, family or people, with the aim of contextualizing them in a new discourse. Stories that, somehow, are already glimpsed from the titles of the songs that make up the album.

‘Ground wire’ It is a production by Carles Campi Campón and Vetusta Morla for Small Mortal Jump. All songs are written, arranged and performed by Vetusta Morla.

Vetusta Morla presents her songs in a “surprising, original and exclusive” packaging for both CD and vinyl formats. Thus, the box stores the music and ten sheets, one per song, with the printed lyrics.

Outside and inside the work of the artist Laura Millán shines, who through 3D handcrafted pieces and later photographed, has endowed each of the songs with lively and colorful scenes. His work, through his work Miniencuadro, is based on the manual creation of miniature dioramas in which unexpected scenes full of humor and contrasts are recreated. The meticulousness of his pieces is mixed with a very instinctive and imaginative way of working, constantly rethinking the use of everyday materials..

For ‘Cable a Tierra’ he has created a series of miniature scenes that symbolize the universe of the album. The cover, as the main piece, is accompanied by ten specific works that represent each song on the album. These creations, which the author has made exclusively for the band, have been photographed and are part of the exclusive box that contains the vinyl and the CD.

This weekend the original works created by Laura Millán for ‘Cable a Tierra’ are on display, along with other “secrets” from the album, at the Museum of Popular Arts and Traditions in Madrid, where you can also visit its interesting permanent exhibition.

The video of ‘Corazón de Lava’ that premieres this Friday closes the audiovisual trilogy that began with ‘La Virgen de La Humanidad’ and ‘Puñalada Trapera’. The three volumes, with a circular structure both formally and narratively, have been produced by 37 Films for Little Mortal Leap and directed by Patrick Knot.

The presentation concert of ‘Cable a Tierra’ in Madrid will be on June 24, 2022 at the Wanda Metropolitano stadium, with full capacity and for which tickets are already on sale at ‘vetustamorla.com’. This will be the “first stadium concert” by a band of its kind and in a show of its own in Spain.