The particular story of Brownie, Gabriel Boric’s dog, who debuted in networks and became “the First Dog of the Republic of Chile” 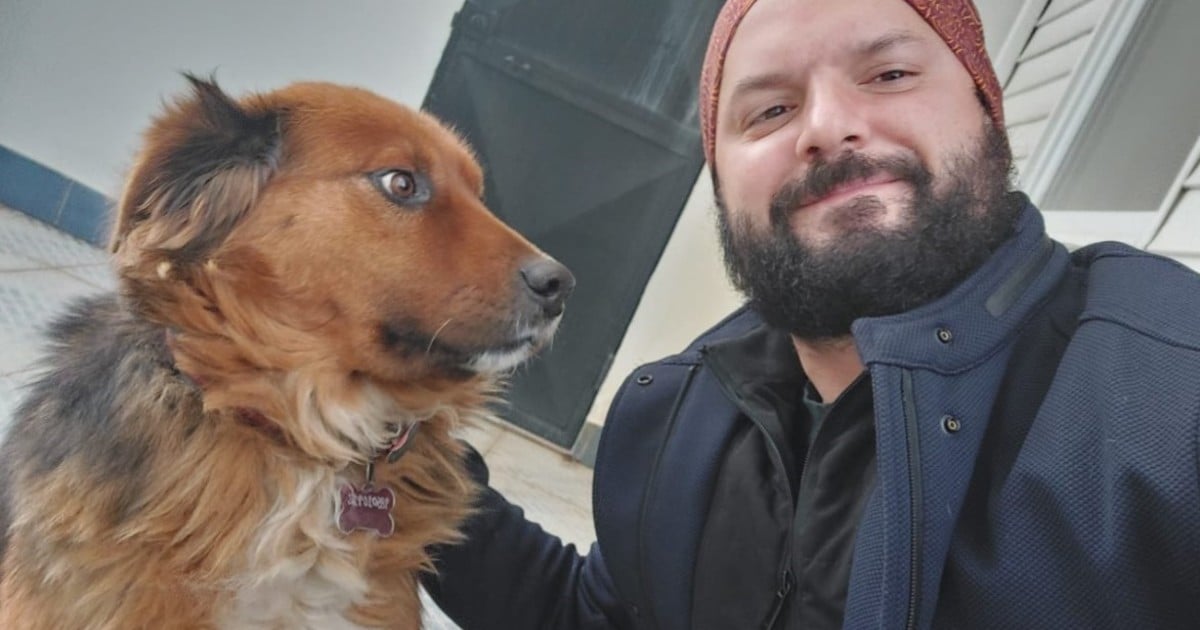 Brownie, the dog of Gabriel Boric, president-elect of Chile, revolutionized the networks in that country by officially presenting himself in society as “the First dog of the Republic of Chile”, after the historic triumph of the 35-year-old leftist leader last Sunday in the second round of elections in that country.

“I assume the challenge of the position that has been entrusted to me by popular election, the First Dog. I promise not only to watch over the rights and caresses that dogs deserve, but also for all the pets in Chile. Woof! First Dog #AdoptaNoCompres “, was the message that was posted on the brand new instagram account of Brownie Boric Font.

Called to be the trans-Andean Dylan, like Alberto Fernández’s Collie, who has his own networks that are managed from the Casa Rosada, but with more coincidences with Balcarce, the Street map That Mauricio Macri knew how to show in his passage to power, since he is adopted, Brownie garnered more than 100,000 followers in networks in a few hours.

The instagram profile of the presidential dog dedicated a message to the president-elect: “For many of you he is the new president of Chile, but for me he has always been my dear human 🐶🐾 @gabrielboric.”

“Now human that you are going to be more time away from our beautiful home, I will continue to be your faithful friend 🐾🐶”, was another of Brownie’s posts, who lives in Punta Arenas with the Boric family and seems to have no plans to move to Santiago , at least in the short term.

The fact is that although the dog is the Boric’s mascot, it is the faithful side of Tomas, the younger brother of the elected president of Chile, who has been with him in his networks for years. The young man had an emotional appearance in the Chilean campaign when he appeared with his brother on a television program and recounted how he faced cancer that was diagnosed when he was just 11 years old.

“For a long time I was afraid of losing it, and I imagine that all the people who live with that fear are precisely the things they mobilize,” said the now president-elect. “It meant a radical change in my life, I disciplined myself,” he said.

Tomás is the one who made Brownie known in networks, until the dog appeared on national television last Sunday when Boric caressed him and greeted him in front of the cameras before traveling from Punta Arenas to Santiago to await the results that would crown him the youngest president in the history of Chile.

“I stop to think that if Brownie knew that he was with a deputy, his love and admiration for him would be exactly the same, the essence of people does not lie in our title, in our social networks, in the stage we are going through , etc, lies in our way of relating and interpreting what surrounds us, “reflected Tomás in November 2018.

And I add: “If a dog looks at you like Brownie at Gabriel it is because inside you you are a great person. Do we deserve dogs? I don’t know, but it’s never too late to be a little more like them. ”At that point, no one imagined what would come next.

The Borics adopted Brownie six years ago. Tomás and his girlfriend were looking for a pet and went to a shelter after seeing an online ad offering puppies. There he was, with a problem in a back leg that made him less attractive than the rest for those who visited the place.

As Tomás told T13.com from Chile, that was the reason that led him to adopt it. Mestizo -or quiltro, as dogs without breed or known parents are called in Chile- the youngest of the Boric Font describes him as “nice, gentle, does not fight with other dogs”.

The Magallanes region, located at the height of Santa Cruz and Tierra del Fuego in Argentina, is characterized by its cold and windy climate, and Brownie is, according to Tomás, a typical Magellanic dog. He is used to the cold and sleeps in a little house outside the family home that is equipped to withstand inclement weather.

However, when it is too cold, with temperatures below zero, he sleeps inside the house and even usually gets on the bed of the youngest Boric Font. “He’s clumsy but well-intentioned”, describe it. Why is it called Brownie? The explanation is simple: the family really likes this preparation.

As published by CNN de Chile, the account of the presidential puppy is officiall. This was confirmed by official sources, but it is not yet clear who handles the posts. In addition, a profile of the animal was opened on Twitter, where the messages of Boric’s followers who now also “militate” in networks for their pet are also replicated.

There, Brownie even dared to use a meme to account for the extensive transition of power in the neighboring country. It is that although Boric was consecrated last Sunday with 55.81% of the votes against 44.19% of José Antonio Kast, he will only take office on March 11, when Sebastián Piñera’s term ends.

In the meme you see the presidential dog with a bored face, lying on a bed and the legend: “When you realize that there are more than 2 months to take office.” And add: “I already want us to start with the animal welfare proposals !!!”says the message.

The “First Dog of the Republic of Chile” was also the protagonist of the presidential campaign. Under the hashtag “AnimalitosConBoric, Different supporters of the leftist candidate showed their mascots in networks to support the 35-year-old who, starting in March, will direct the destiny of that country, with Brownie in the distance, in Punta Arenas, but with him, at least in social networks.