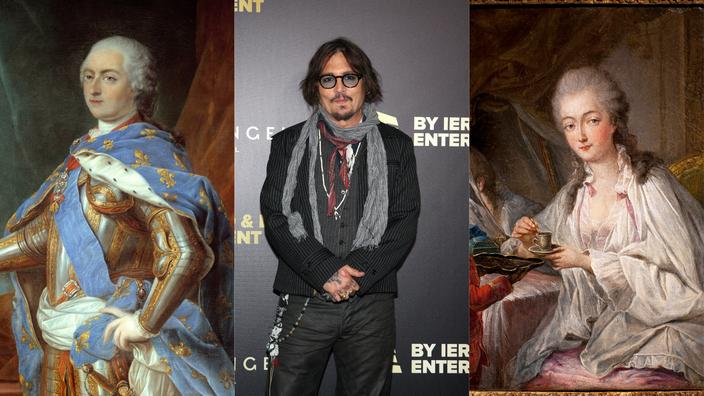 The actress and director of Police is preparing a film on one of the monarch’s mistresses and will portray Jeanne du Barry. It remains for Johnny Depp, ostracized by Hollywood, to work on his French.

Banned from Hollywood because of domestic violence, Johnny Depp has not filmed since 2020 and the biographical film Minamata about war photographer W. Eugene Smith. An exile from the sets to which the French director and actress Maïwenn has just put an end. According to the specialized press, the author of Police and ADN recruited the disgraced superstar to camp Louis XV in his future film The Favorite which will recount the rise of Jeanne du Barry. Maïwenn will take on the role of this very controversial mistress of the sovereign. Filming, which will start this summer, will last three months and will pass through the Palace of Versailles.

Ascended to the throne in 1715, at the age of five, on the death of his great-grandfather Louis XIV, Louis XV, nicknamed “the beloved”, began under popular auspices before ending his hated reign, due to corruption and debauchery of the Court. Struck by a series of family bereavements, including the death of his son and dauphin, Louis XV, very affected, was put in the path of Jeanne du Barry, ex-saleswoman and demi-mondaine of dazzling beauty, in 1768. She was his last favorite. Dismissed from the Court on the death of the sovereign in 1774, she ended up guillotined during the Revolution, at the age of 50.

In place for 59 years, he is the sovereign with the longest longevity after Louis XIV. Despite this, he had less of the honors of fiction than the Sun King or his successor Louis XVI. Louis XV will also be featured in the Canal + event series on Marie-Antoinette’s youth. He will have the features in the James Purefoy soap opera.

Read also“Overrated and pompous”: Johnny Depp takes it for his rank with Brian Cox

For this role, Johnny Depp will have to dust off his French. The actor, who has a residence on the Côte d’Azur and lived for several years with Vanessa Paradis, had made an appearance in Yvan Attal’s film They got married and had many children. And had turned The Ninth Gate by Roman Polanski, partly in Paris. But it never had a significant role in the language of Molière. During her appearance at the Deauville American Film Festival in September 2021, the star of Pirates of the Caribbean was not very comfortable and was looking for words a lot.

Persona non grata in America, dismissed from the Fantastic Beasts franchise, Johnny Depp finds more magnanimity in Europe where he has toured festivals, from Normandy to San Sebastián via Karlovy Vary in the Czech Republic. In Deauville, the 58-year-old actor had denounced “the kidnapping of the studios” on his latest films.