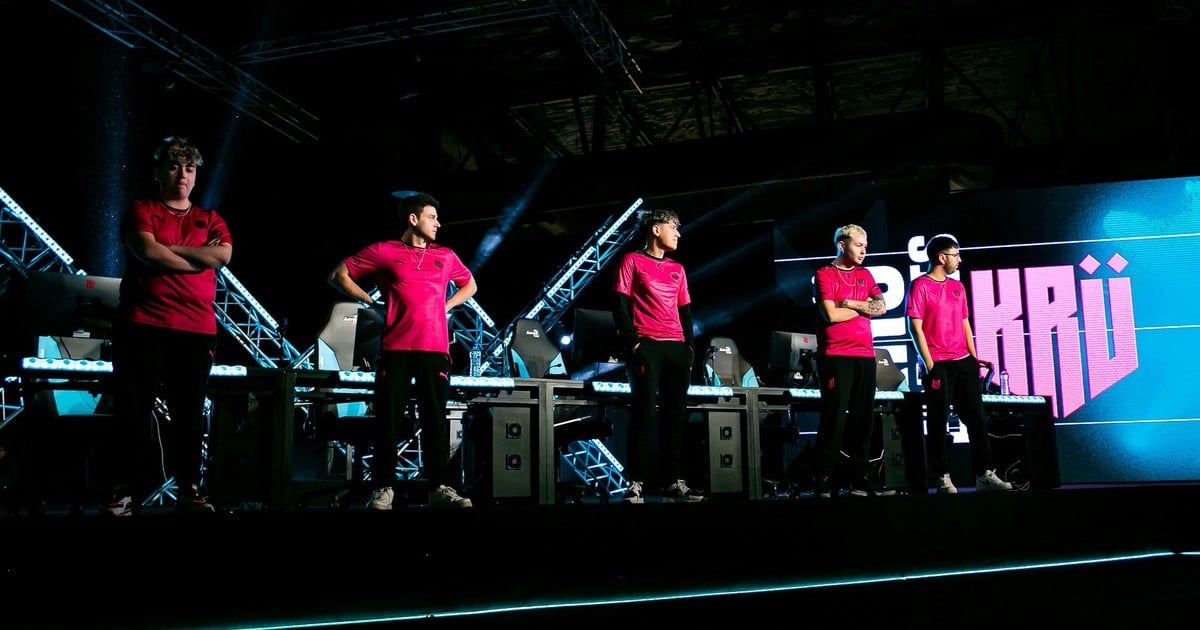 The Argentine team Krü Esports property of Sergio “Kun” Aguero will have this Thursday the last chance to get your ticket to the Masters of the Valorant video game to be held from July 10 in Denmark, when they face the Brazilians from Ninjas in Pyjamas.

Krü esports will have to face the commitment this Thursday, from 4:00 p.m., but in a completely different scenario to the final that he lost on Sunday against Leviatán, in the first event with an in-person public of the video game that took place in Costa Salguero.

Thanks to the new competitive format, the Kun Agüeron squad was able to access a second quota from Latin America through the Last Chance Qualifier, a kind of World Cup Repechage to access the Masters in Denmark.

Krü Esports fell to Leviathan in the finals of the Valorant Challengers Tour 2022.

The series proposed to the best of 5 games will be against Ninjas in Pyjamas (NIP), who just finished second in the Valorant Challenger Tour Brazil, where he fell 3-0 to LOUD for the second time in a final and failed to dethrone the King of Brazil.

Covid-19 changes the conditions of the Last Chance Qualifier

But the heat and color of this new Valorant finale in Buenos Aires will be overshadowed by an unexpected case of Covid-19 in one of the teams that canceled the possibility of having an in-person audience at the stadium that was set up in Costa Salguero.

As part of the protocol that the organizer Riot Games usually applies in its competitions, the team of KRÜ will play from his gaming house in Palermo, while Ninjas In Pajamas will play from the Costa Salguero stage as a way of match competitive conditions of both teams.

Even the two squads will have presence of referees of the competition.

“We know that this situation is not ideal, since many already had their invitations to attend, but we also invite you not to miss the online broadcast of this important confrontation. We will continue working so that the competition can take place with the best possible conditions”, They recognized from Riot Games.

The organization that is already planning its trip to Denmark, Leviathan Esports, announced this week the addition of a ladder booster for its Counter Strike team that it will look for in the upcoming Flow FireLeague Get the long-awaited passport to the FiReLEAGUE World Finals.

With a recent past representing 9z Team at the Antwerp Major, Luca “Luken” Nadotti (25 years old) agreed to join the Leviathan Esports squad as a free agent.

“I received the offer from Stand-Inear (sic) to the FireLeague that is going to be played now and from there see how everything flows. Thanks to those who support me. That’s one of the news. These days I will give another very good one, “he said in a Twitter post.

With the transfer confirmed, the former 9z Team AWP will once again share a team with 19-year-old Ignacio “⁠meyern⁠” Meyer, after more than two and a half years when they played together for the Brazilian Sharks.

With the full roster and the combination of the experienced Luken, Jony Boy and Meyern reunited, Leviatan hopes to improve on their previous results at the local and international level where they top out the runner-up finish in the 2021 Supercopa América.