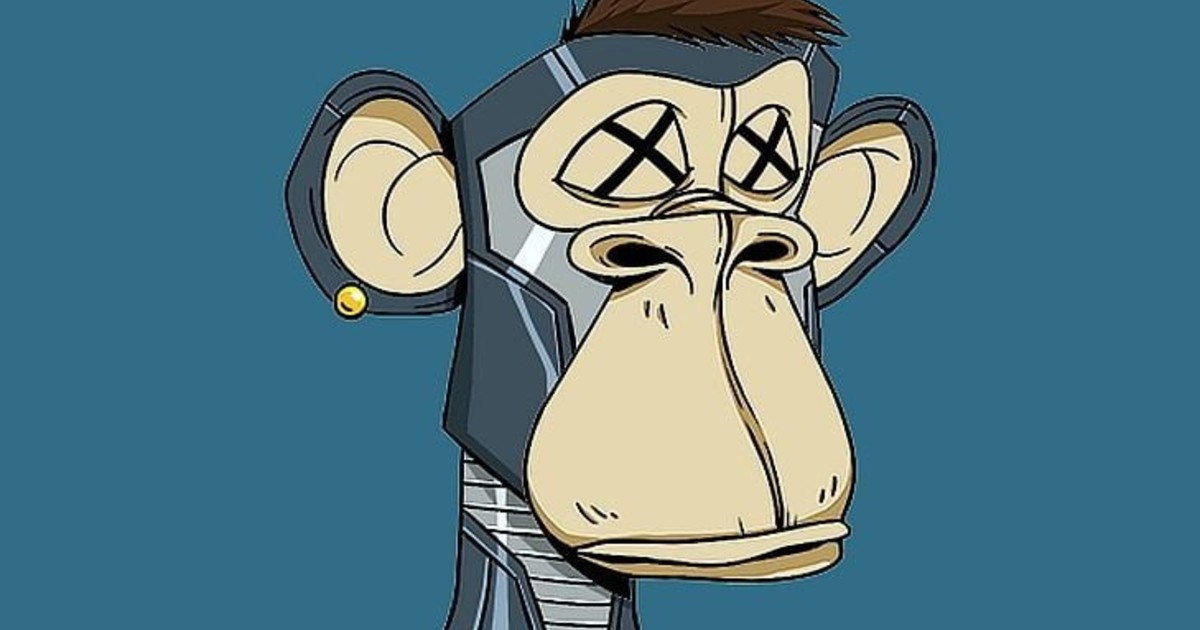 The popularity of NFT (non-fungible token) does not stop climbing in the world of digital assets, as well as the headaches that they can bring. The collection Bored Apes (Bored Apes) generated him loss to a user of $ 263,000 due to a simple typing error.

Bored Apes are “generated programmatically” – a computer script mixes and matches a variety of colors, designs, and accessories to make each one unique, then initially sold for $ 320, but later escalated to $ 200,000.

Therefore, the NFT of the monkey with crosses in the eyes was to be listed for sale for 75 ethereum, the equivalent of around $ 300,000. However, when entering the sale to the platform, its owner named Max wrote 0.75 instead of 75 ethereum; approximately $ 3,000 dollars, as he explained to the American site CNET.

Max was unable to rectify the situation, as the NFT was purchased instantly. And the blockchain does not work like traditional banking institutions in which these kinds of errors can be corrected, so once the figure was sold there was no going back.

The unfortunate ex-owner of the ape explained that the purchase would have been made by a bot created specifically to detect when an NFT appears for sale below its normal price.

On the other hand, the mysterious buyer of the figure paid $ 34,000 extra dollars so that there was no possibility of losing the purchase, which rounded the sum of $ 37,000.

Supported by technology known as chain of blocks, “blockchain” in English, which facilitates transactions without intermediaries, NFTs are digital content that is assigned a value in cryptocurrencies and they generate an unalterable, original and unique certificate of authenticity, which allows them to be auctioned and marketed on the internet without being copied, as can happen with traditional works.​

But critics of the NFT market in general question what buyers actually get for their money when they buy non-physical art and if the “certificate of ownership” stored on the blockchain is worth the large sums paid for some NFTs.

Unreleased recording of Whitney Houston with NFT video up for auction

An unreleased song that American singer Whitney Houston recorded as a demo version at age 17 was auctioned along with an NFT digital video created by artist Diana Sinclair, coinciding with Miami Art Week.

It was a “never heard before” record of a recording that the diva made before the meteoric takeoff of her musical career, truncated with her tragic death in 2012 at the age of 48, and which she auctioned at the beginning of December on the NFT OneOf platform. .

The auction winner had personal access to this recording and digital video created by 17-year-old American visual artist Diana Sinclair, considered by the Fortune digital site as one of the “50 most influential personalities” in the so-called NFT (Non -Fungible Tokens).

“Before filming I spent a lot of time listening to not only the music that Whitney sang, but also the images that surrounded her and her work in empowering black women,” Sinclair said in a statement.

The last photo taken before she died of Whitney Houston.

An example of Whitney’s inspiration for Sinclair is the music video for her song “I’m Every Woman,” where the singer’s “talent and presence” “stands out,” he added.

The goal of this visual artist was to bring out “those sides of Whitney” in digital video and then “create a work of animation that just let her shine.”

Pat Houston, one of those responsible for the singer’s legacy through the Whitney E. Houston Foundation, said he was thrilled to see her “wonderful music expand into the new technology of this age” and how it influences a “new generation” as Sinclair’s.

Proceeds from sales of Houston’s exclusive NFT collection went to the foundation that bears his name, a non-profit organization focused on “empowering, supporting and inspiring youth.”