What the creator of ethereum, the biggest crypto star, is doing in Buenos Aires 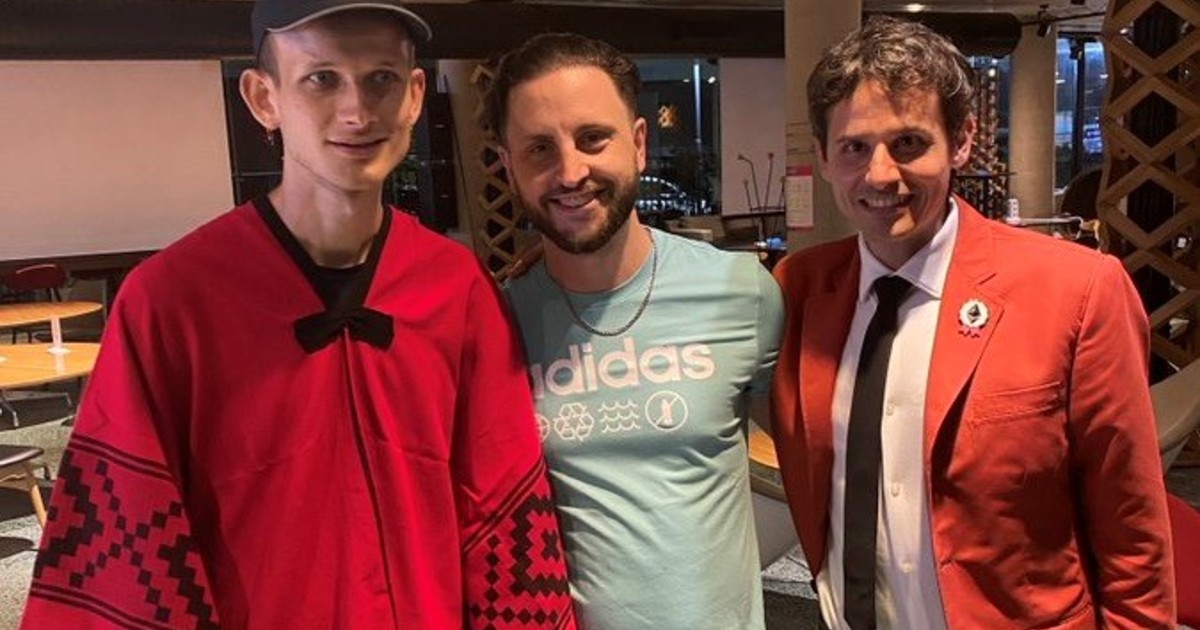 Vitalik Buterin, the creator of ethereum and the biggest star in the world of cryptocurrencies, arrived in Argentina in the last hours and was seen on Friday night in Palermo, where participated in a programmers event.

Little is known about Buterin’s visit. The 27-year-old Russian-Canadian arrived in the country without warning or large-scale promotions outside of the local crypto scene.

On Friday night, the programmer was at an event organized by The Graph, an “indexing protocol to efficiently organize and access blockchain data” on ethereum and other networks that have activities in Buenos Aires.

Several people from the sector who participated in the meeting shared photos of Buterin on social media: He was seen speaking very relaxed and even posed with a poncho.

He was also walking through the commercial area of ​​Palermo and playing ping-pong.

Who is Vitalik Buterin

Vitalik Buterin, Along with part of The Graph Protocol and Ethereum team in Buenos Aires. Photo: Twitter @espanolgraph

Vitalik Buterin is one of the creators of ethereum, the second most valuable cryptocurrency in the world after bitcoin. Considering that the identity of Satoshi Nakamoto, the person (or group) who created bitcoin, is not known, Buterin is undoubtedly the biggest crypto star globally.

Buterin was born in 1994 in the city of Kolomna, on the outskirts of Moscow. When Vitalik was 6 years old, his father, a computer scientist, decided moving the family to Toronto, Canada, looking for better opportunities.

When he was in the third grade of elementary school, Buterin was relocated to a class for specially gifted children and was noted for his skills in math, programming, and economics.

Vitalik, relaxed on his visit to Palermo. (Photo: Twitter @Mariandipietra)

Before founding ethereum, his relationship with cryptocurrencies had been going for a while: In 2012, at the age of 18, he co-founded and wrote for Bitcoin Magazine with Mihai Alisie, who later joined Buterin to found Ethereum.

In 2014, Buterin was awarded a Thiel Scholarship, offering $ 100,000 for young people under the age of 23 to pursue extra-academic projects.

The scholarship is funded by billionaire Peter Thiel, an early investor in Facebook and a graduate of Stanford University. A year later, the Russian-Canadian entrepreneur and the rest of the development team launched Frontier, what they called the “basic implementation of the Ethereum project.”

As you might expect, Ethereum has many similarities to Bitcoin, but also several differences. On the Ethereum Foundation website they define it as “a global open source platform for decentralized applications”. He adds that, “you can write code that controls the digital value, runs exactly as programmed, and is accessible from anywhere in the world.”

“Open source” and “decentralized applications” means that any programmer can access the code and create smart contracts, tokens (digital unit that allows to develop software) and even games that are not subject to any government, company or body.

Ether has become one of the most sought after cryptocurrencies and it also has some differences. While the issuance of bitcoins is limited to 21,000,000, there are no limits for ETH. Its decimals reach 18 (bitcoin has eight) and its denomination is somewhat more complicated than that of its older sister (satoshi, by Satoshi Nakamoto), although the gwei is the unit most used to denominate ETH cents.