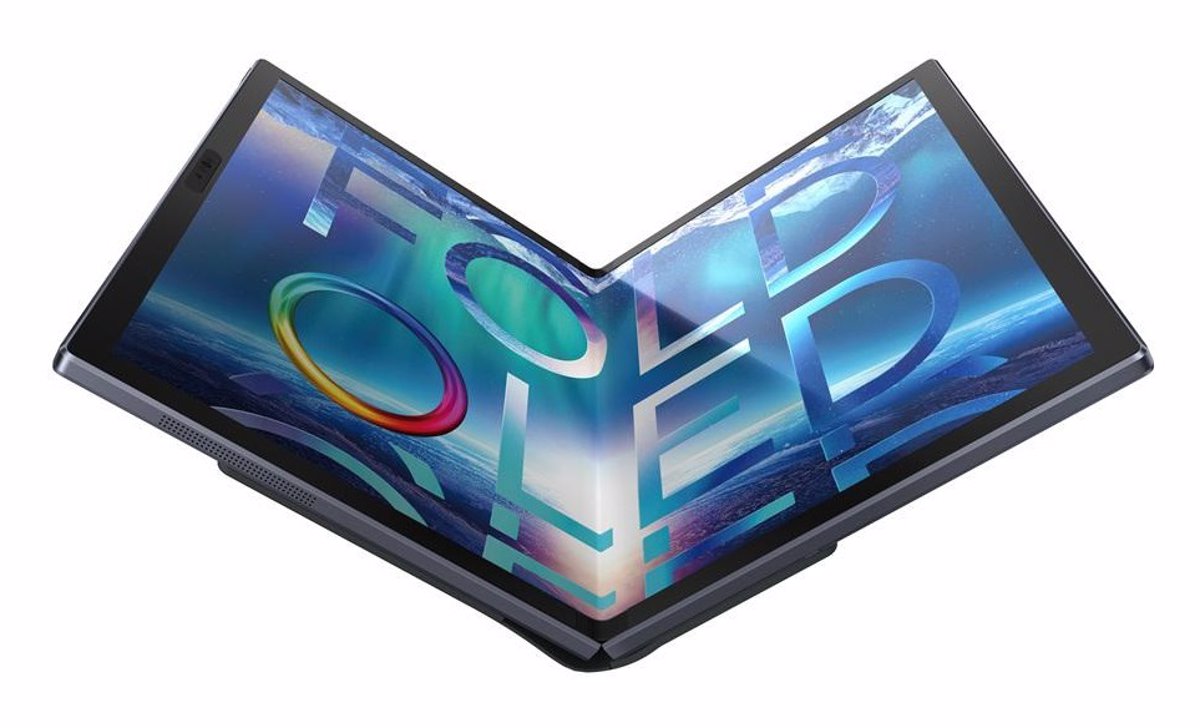 Asus announced this Wednesday in the framework of CES 2022 the novelties in its computer catalog, among which its first laptop with flexible screen, Zenbook 17 Fold OLEDas well as the Zenbook 14 OLED model from 2022, with a special Space Edition version with a 3.5-inch rear screen.

Among the novelties that the Taiwanese brand has presented at the most important consumer electronics fair in the world, stands out Zenbook 17 Fold OLED, his first approach to the market of laptops with flexible display, which Lenovo already got into with its ThinkPad X1, launched in late 2020.

Zenbook 17 Fold OLED is a project announced in 2019 that has now crystallized. This first laptop with a flexible screen from Asus has been delayed due to interrupted development of Windows 10X, according to company sources have assured Europa Press.

The new laptop can be used in Traditional clamshell mode, such as 12.5-inch laptop with a Bluetooth keyboard, or as a detachable keyboard tablet with 17.3-inch OLED touchscreen, above what is usual in these devices.

Your hinge is guaranteed at least 30,000 bending cycles, compared to those of the usual laptops, which usually have support for 10,000.

The device has a rear part with reflective glass, while the design of the lower part, together with the ‘trackpad’, is made of leather to avoid fingerprints.

Internally, Asus has endowed the team with specifications such as processors Intel Core i7 Series U 12ª Gen, up to 16GB of LPDDR5, up to 1TB of Gen 4 SSD, Harman Kardon four-speaker sound system with Dolby Atmos.

Taiwanese manufacturer hopes its first flexible Zenbook 17 Fold OLED laptop will be available for purchase in the middle of this year 2022.

Asus’ announcements for CES 2022 also include the launch of its new portable Zenbook 14 OLED de 2022, with OLED screens and an updated exterior design with the new company logo.

Asus has endowed the new Zenbook 14 with a design with 1.4 kg of weight, as well as 16.9 mm thickness, with a hinge that allows the screen to be tilted up to 180 degrees. Its power button has a fingerprint reader.

The device has configurations with processors of 12th Gen Intel Core, and internally it can reach up to 16GB of DDR5, 1TB of PCIe 4.0 SSD and WiFi 6E connectivity.

Its specifications are completed with a battery with 75Whr, high performance operation with low noise of 21db and imperceptible when used with bass, and a sound certified by Harman Kardon, with intelligent amplifiers that eliminate background noise.

In addition to the standard model, Asus has presented a special version, Zenbook 14X OLED Space Edition, which stands out for incorporating a 3.5-inch second rear screen.

This new team commemorates the launch of the first laptop model for the international space station, P6300, manufactured by Asus 25 years ago. This equipment worked 600 days without errors, used by an astronaut from the MIR.

The new Zenbook 14X OLED Space Edition is certified to function in space, and has the most rigorous tests in extreme temperatures (-24 to 61º), as well as instantaneous pressure changes and vibration, necessary to take electronic equipment into space.

The device, with a 14-inch panel, also has a secondary OLED screen on the rear of 3.5 inches, with which you can show from the clock, to animations or a job card.

Its features are completed internally with a processor Intel Core i9 H Series from 12ª Gen.., 63Whr of battery, up to 32GB LPDDR5 and 1TB of SSD storage. All this within a design with 1.3kg of weight and 15.9mm profile, as well as a dual cooling system with two heat pipes and a fingerprint reader on the power button.

New from Asus at CES 2022 also includes a new convertible Chromebook model, Chromebook Flip CX5, with a 360-degree hinge to fit your 16-inch screen, 16:10 aspect ratio and 87% front ratio at any angle.

The manufacturer has provided this equipment with other specifications, including processors Intel Core i7 12ª Gen, Intel Iris Xe graphics, up to 16GB of memory, and dual-band WiFi 6E connectivity.

Its features are rounded off by Harman Kardon Certified Audio with four larger speakers and resonance chambers and an FHD webcam with a retractable cover.

The ExpertBook ultralight notebook series is another one that receives new members with the presentation of two new models: ExpertBook B5 and B5 Flip, in traditional and convertible format, respectively.

Both teams provide 14-inch screens and a design made of aluminum and magnesium alloy that is combined internally with processors Intel Core i7, Iris Xe graphics, 48GB RAM and WiFi 6E connectivity.

Asus has concluded its list of novelties with the announcement of the monitor ProArt Display PA169CDV, a 15.6-inch IPS 4K UHD monitor It supports Wacom EMR technology and features the new ProArt Pen.

Its design includes two brackets– A top one that tilts the PA169CDV slightly for drawing and sketching, and another that sets it at an angle to use as a secondary monitor.

The PA169CDV is the first portable monitor to be PANTONE validated and verified by Calman. It is factory calibrated with a Delta E <2 color difference, has ten-bit color, and supports 100% sRGB and Rec. 709 color gamuts. The ProArt Pen uses Wacom writing technology.