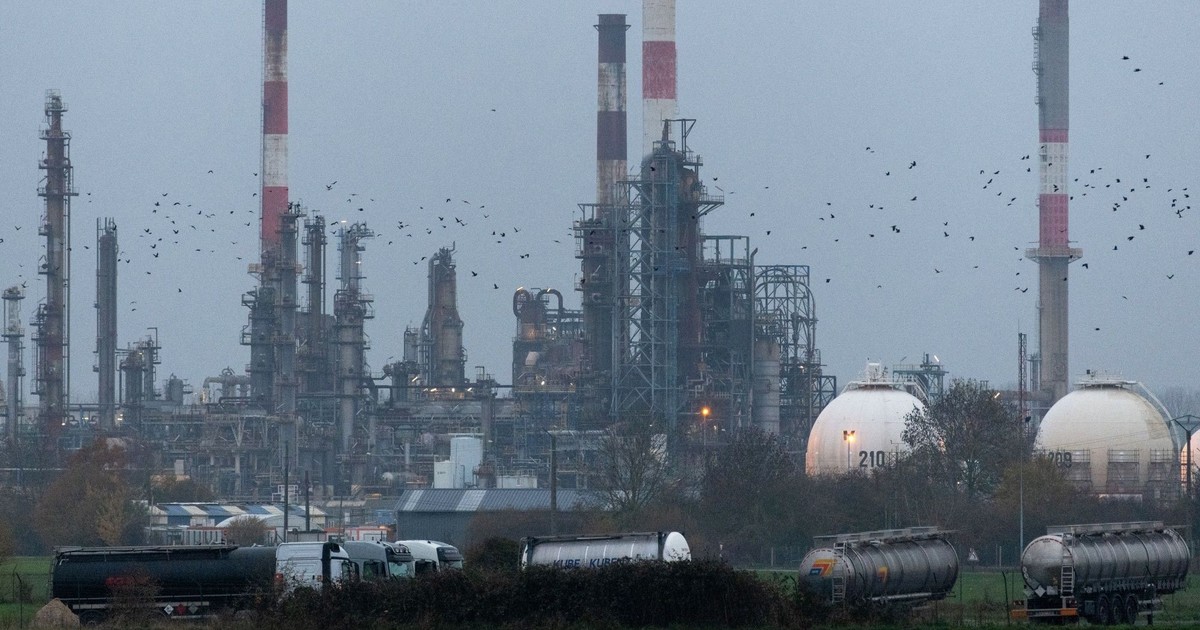 It is as a result of the crude oil price cap established by the G7 and the European Union. influence on the world economy.

The Russian government vehemently opposed the price cap on its oil that Western nations had imposed in retaliation for the invasion of Ukraine and threatened to completely cut off the supply of crude oil to nations that supported this action, sparking a new trade dispute that could have an impact on the world economy.

The group of the United States, Canada, Japan, Australia, the European Union, and Great Britain decided on Friday to establish a maximum price of $60 per barrel for the Russian oil they purchase. The price cap and an EU embargo on Russian seaborne oil are scheduled to go into effect tomorrow.

They noted that the goal is “to support stability in global energy markets” and “to prevent Russia from benefiting from its aggressive conflict against Ukraine.”

Mikhail Ulyanov, Russia’s permanent envoy to international bodies in Vienna, was unwavering. He tweeted, “Europe will live without Russian oil starting this year.

He noted that “Moscow has already stated that it will not supply oil to nations that accept price caps, which go against the market.”

Dmitry Peskov, the spokesman for the Kremlin, also stated that they will not accept the price cap but adopted a more conciliatory tone by adding that they will assess the situation before making a decision.

In Mykolaiv, Ukraine, on October 17, 2022, firefighters battle a fire caused by Russian suicide drone strikes that Ukrainian authorities believe were carried out by Iranian-made unmanned aerial vehicles (UAVs) called Shahed-136. via REUTERS, the State Emergency Service of Ukraine’s press office EDITORS: PLEASE NOTE THAT THIS IMAGE WAS SUPPLIED BY A THIRD PARTY. NOT OBSCURE THE LOGO

The political agreement between the European Union and the G7 ensures that the ceiling will be revised to be at least 5% below the value that is now being traded if the market price of Russian oil drops below $60 per barrel.

The restriction also applies to contracts that shipping businesses have with the European insurers that dominate the majority of that market.

Thus, the European Union, the United States, and their allies attempt to restrict Russia’s ability to profit from its exports to trading partners like China or India, the second-largest oil exporter in the world, and lessen the funding of the conflict in Ukraine.

The Ukrainian government, for its part, backed the policy and warned on Saturday that Russia will collapse due to the oil price ceiling. Andriy Yermak, chief of staff to the Ukrainian president, said, “We always achieve our aim and Russia’s economy will be decimated and Russia will have to accept responsibility for all its crimes.

In order to severely hurt the Kremlin, the Ukrainian official also urged that the cap be cut in half.

He remarked on Telegram, “It would be necessary to lower it below $30 to damage the enemy’s economy faster. Poland, one of the principal opponents of Russian President Vladimir Putin’s war, concurs with this stance.

In the meantime, fighting grew more intense in the East on the battlefield. This weekend, Russian soldiers carried out additional attacks in the Donetsk region but made little headway since Ukrainian forces fiercely resisted their attempts to counterattack on some areas of the front.

General Igor Konashenkov, a spokesman for the Russian Defense Ministry, reported that “the enemy sought to launch counterattacks around the settlements of Sladkoe, Shevchenko, and Novomaiorke of the Donetsk People’s Republic, south of the city of Donetsk.” The military official emphasized in his daily report that artillery fire and assault planes were used to repel the Ukrainian advances.

The combat is particularly “hard” in the east, according to Sergei Gaidai, the Ukrainian governor of the Lugansk region, since “the Russians had time to prepare” following their recent failures.

If they are successful, they will be able to move closer to Kramatorsk and Slovianks, the key bastions of the Ukrainian army in the area.

The DI noted in its customary report that the capture of Bakhmut might be a “political, symbolic objective” for Russia, but that the campaign had been “disproportionately expensive in relation to the possible gains.”

In any case, logistical issues and a lack of supplies, in the opinion of British analysts, are a hindrance to the Russian Army’s offensive plans.